A St. Paul man faces multiple murder charges after a double-fatal shooting incident in downtown Minneapolis this past weekend.

According to the criminal complaint, at 1:58 a.m. on May 22, officers responded to the sound of numerous gunshots outside the Monarch nightclub in downtown Minneapolis.

Officers arrived at the scene and found multiple victims with apparent gunshot wounds. Police located one victim, later identified as 24-year-old Christopher Robert Jones Jr., lying unresponsive on the sidewalk near the entrance of the club with multiple significant upper-body gunshot wounds. He was declared dead at the scene. Another victim, later identified as 21-year-old Charlie Johnson, was found lying unresponsive near the corner of 1st Avenue and 3rd Street, about a half-block north of the nightclub with a gunshot wound to his back. Officers attempted life-saving measures on Johnson, but he was declared dead at the scene.

Officers also encountered seven other victims who were injured by the gunfire while standing at or near the front of the club at the time of the shooting. All victims received medical care at the scene, according to the complaint. One gunshot victim told police she was standing about one block south of the Monarch when she heard gunfire coming from two guns. She said she got low to the ground but felt something hit her in the back. The witness said she later went to the hospital where she was treated for a small gunshot wound to her back. 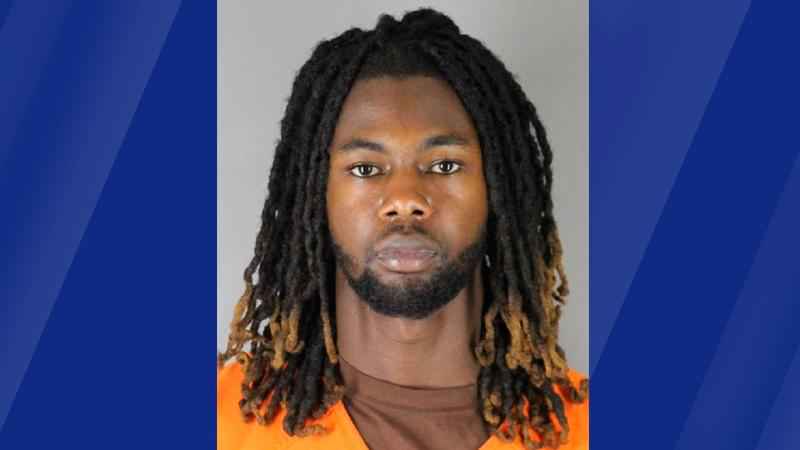 The complaint states officers collected surveillance video of the area at the time of the shooting. The footage revealed prior to the shooting, there were scores of people standing or walking on the sidewalk in front of the Monarch nightclub. The crowd began to "frantically disperse" from the area or duck for cover, except for a man (Carroll) who stood on the sidewalk, pointing and firing a handgun directly at another man (Jones). Officers isolated the still images of the shooting suspect from various angles and times. Authorities were able to identify the suspect as Carroll from "prior encounters." Carroll is associated with the "Tre Tres" north Minneapolis street gang, according to the complaint.

Officers were able to review video evidence that gave them a better timeline of events that lead up to the shooting. Carroll and "several companions" stood on the sidewalk south of the Monarch prior to the shooting. At about 1:57 a.m., Jones and "several companions" of his appeared on the sidewalk, and a verbal altercation broke out between the two groups. About a minute later, one person with Carroll was seen punching Jones on the right side of his head, causing Jones to step back. Carroll then pulled out a gun from his waistband, pointed it at Jones and fired multiple gunshots. According to investigators, Jones was about 5 feet away from Carroll, and a crowd of people who weren’t involved were standing nearby.

Jones then ran towards the front of the club, and Carroll kept firing his weapon at him, shooting others standing in the area at the time. Jones then turned around and returned fire at Carroll, who was standing about 20 feet from Jones at the time of the exchange.

The severity of the injuries are yet to be determined by the Hennepin County Medical Examiner’s Office.

Jones’ death was determined to be caused by a gunshot wound to the upper back and chest.

Several hours after the shooting, police were able to find one of the people who was with Carroll. Police conducted a search of his room at the Comfort Inn in Bloomington. They found evidence that matched surveillance video in it, including purple Nike shoes that Carroll was seen wearing. The next evening, he called police, asking why his unit was searched the day before. The person in question admitted to police he was at the scene of the shooting but would not provide any other information.

Carroll has since been taken into custody. Court records indicate that at the time of the shooting, Carroll had several pending felony offenses, including cases involving second-degree assault and fleeing the police in a motor vehicle.

Carroll is expected to make his first court appearance on Thursday at 1:30 p.m.