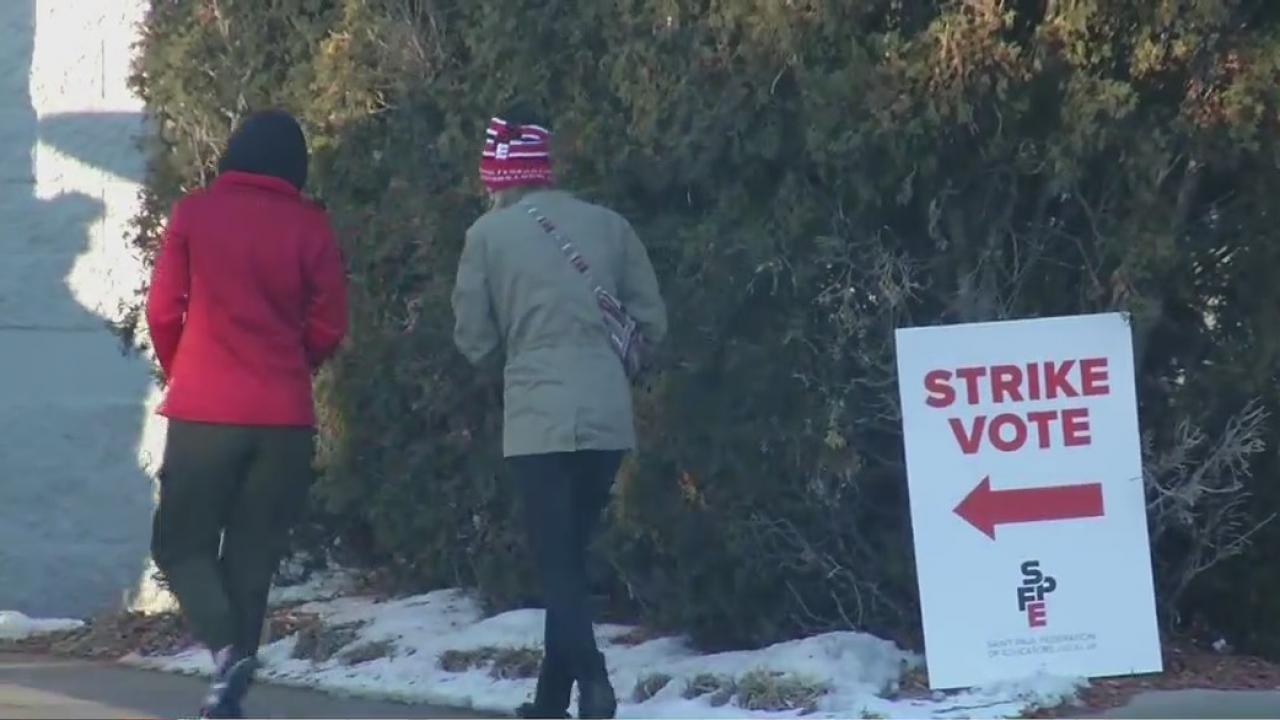 A file photo after a strike authorization by teachers in Minneapolis and St. Paul.

The Minneapolis Federation of Teachers and the St. Paul Federation of Educators have scheduled a joint news conference Wednesday afternoon to discuss filing their intent to strike.

The Minneapolis Federation of Teachers announced the intent to strike via a social media post Wednesday morning, saying they plan to file the intent Wednesday.

Members of both unions voted to authorize a strike last week.

So far, neither union has set a strike date but if they do, there’s a 10-day window to try to reach an agreement.

Additionally, 200 Minneapolis Public Schools food service workers are considering a strike. They’re planning to hold a vote on whether to authorize a strike a week from Wednesday.