As Carter calls for gun ban at rec centers, more details on alleged shooter’s past come to light

Exavir Dwayne Binford Jr. has been charged with attempted second-degree murder and first-degree assault in the shooting.

As of Monday, Binford was no longer employed by the city. 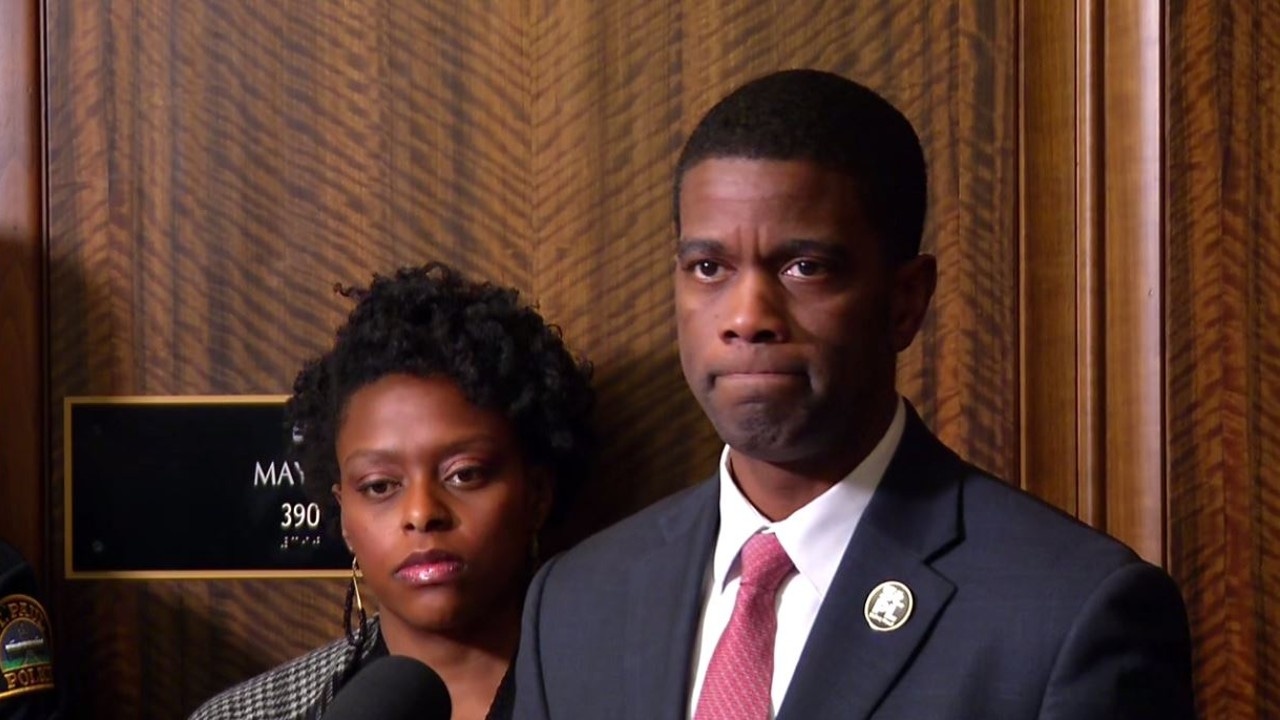 “We will either change that law at the Capitol or challenge it in the courts,” Carter said Monday afternoon, referring to the legislation.

Alleged shooter had history of complaints

Carter said he was unable to address other potential past incidents involving Binford but noted that Binford was suspended for five days in 2019 due to an “unacceptable physical altercation” with an 18-year-old. The mayor said the city will release video of that incident and release his personnel file as soon as possible.

Johnson said her 17-year-old daughter and some of her friends said Binford had threatened to shoot them following a disagreement at the rec center on Oct. 13.

“He started threatening them, said he wanted to kick them out of the rec center, and then he went on and threatened to shoot them,” Johnson said. “His exact words were, ‘I will Swiss cheese y’all,’ which to my knowledge that means he was going to put multiple holes in them. He was going to shoot them.”

Johnson said the next day, Oct. 14, she called the rec center to complain about Binford’s actions and called the city’s Parks and Recreation Department as well.

“I got voicemails. Left voicemails. No calls back,” said Johnson. “I never got a response, and there was no follow-up at all.”

5 EYEWITNESS NEWS attempted to ask Carter about Johnson’s claims, but he declined to take any questions about possible previous complaints.

During his news conference on Monday, Carter did say he’s ordered an audit of policies, practices and resources pertaining to public safety, staff training and discipline, and systems of support at rec centers, which will be conducted by a third party. The timeline for that review wasn’t immediately clear.

Requests given to the St. Paul Parks and Recreation Department about Johnson’s complaint and any other possible complaints have not yet been answered.