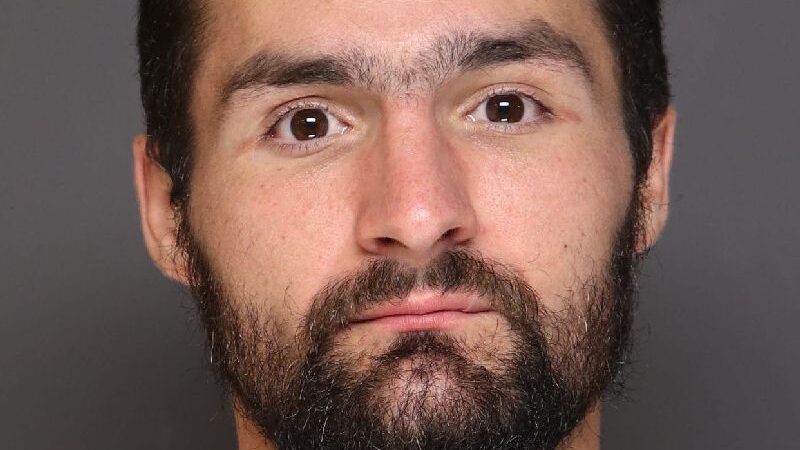 A St. Paul man pleaded guilty to second-degree murder Thursday in relation to the death of a Greenvale Township man in July of last year.

Nicholas Alan Taylor, 29, is currently being held in Dakota County Jail without bail for his role in a burglary that left 55-year-old Chris Lafontaine dead in his home on July 2.

At 4:45 p.m., Dakota County Sheriff’s deputies responded to a burglary in progress at a Greenvale Township home on Foliage Avenue. The 911 caller said two men had run out of the home when a neighbor knocked on the door to check in on Lafontaine, according to a press release. Witnesses saw the suspects flee in a white Durango; officers later determined the car belonged to Lafontaine.

Deputies found Lafontaine dead in a bathroom. His feet and hands were bound and there was a rag and glove over his mouth and tied around his head. An autopsy concluded that Lafontaine died from asphyxiation.

Soon after finding the body, Northfield police found the Durango and initiated a traffic stop — the car fled. The Durango eventually stopped and three occupants ran into a wooded area. Police apprehended Stephanie Peabody, the driver, and front-seat passenger Timothy Tuit, the release states. Taylor, the third occupant, got away until he was found in Montana with another suspect: Ryann Elizabeth Smith.

Taylor was booked in Dakota County Jail on July 23.

Tuit and Peabody pleaded guilty to aiding an offender as an accomplice after the fact on Dec. 1 for their involvement and have sentencings set for May 11. Smith, who was charged with one count of aiding and abetting second-degree murder, faces a jury trial beginning May 23.