Wednesday, a St. Paul man involved in what U.S. Attorney Andrew Luger called an “online sextortion scheme” that targeted hundreds of girls across the United States was sentenced in federal court.

Yue Vang, 31, was sentenced to 43 years (516 months) in prison, to be followed by supervised release for the rest of his life.

Court documents state Vang created and used several different online accounts where he created fake personas to prey on underage girls throughout the U.S. He is accused of then coercing the victims to create explicit images and videos to send to him. 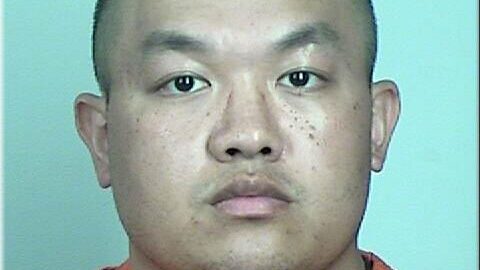 “For several years, Yue Vang victimized more than 1,000 young girls – in Minnesota and beyond – through a vicious sextortion scheme. Using popular social media apps to prey on his victims, Vang’s manipulation began with compliments and expressions of flattery, which quickly turned into threats and extortion,” said U.S. Attorney Andrew Luger. “Today’s 40-year prison sentence shows that the reprehensible crime of child sexual exploitation will not be tolerated.”

“There are few crimes as damaging and traumatic to a young person as sextortion,” Michael Paul, the FBI’s special agent in charge at the Minneapolis division, added. “Vang is a predator who targeted innocent and impressionable young girls, exploiting their innocence for pictures and videos. He robbed them of their childhood and forever altered their lives and the lives of their families. This case demonstrates the extensive reach of social media and the irreparable trauma one predatory individual inflicted on over a thousand young girls. However, the ensuing investigation highlights the immense collaboration and dedication of law enforcement partners throughout the country who worked tirelessly to identify the victims and hold Vang accountable for his atrocious crimes.”

The FBI’s Child Exploitation – Human Trafficking Task Force was another big part of this investigation. Calling it the largest sextortion case in United States history, Brenda Born, who is part of the task force, says this sends a strong message.

“It doesn’t matter that you are behind a keyboard,” Born said. “While they were not hands on directly with [victims], this sentence showed it does not matter, we have a significant sentence.”

The U.S. Attorney’s Office for the District of Minnesota reports the investigation has so far identified more than 1,100 girls, but law enforcement is still trying to confirm the identities of other victims. Anyone who thinks they may have been a victim is encouraged to click here to contact federal authorities.