The new owners of Billy’s on Grand have asked the St. Paul City Council to approve its application for a later bar closing time, but there are some neighbors who have expressed concern to the City Council about the proposal for the longtime Grand Avenue bar and restaurant.

If approved, Billy’s would have the option of a 2 a.m. closing time. Right now, the latest the bar is open is midnight on Fridays and Saturdays.

Bob Karls, who lives near Billy’s, told 5 EYEWITNESS NEWS that the neighborhood "likes having Billy’s" and wants the establishment to succeed but would like to see the new owners consider an earlier bar closing time based on recent problems connected to the previous owners of Billy’s.

"It’s a good, local restaurant and it’s been there a long time and we want it to do well," said Karls. "But over the past couple years there have been more incidents involving police and unfortunately last year it was gunshots and a loss of life."

Another neighbor of Billy’s, Jean Johnson, said she and her husband also opposed the 2 a.m. bar closing time because the noise and disturbances from patrons of the restaurant and bar usually continue an hour or two after alcohol sales stop. 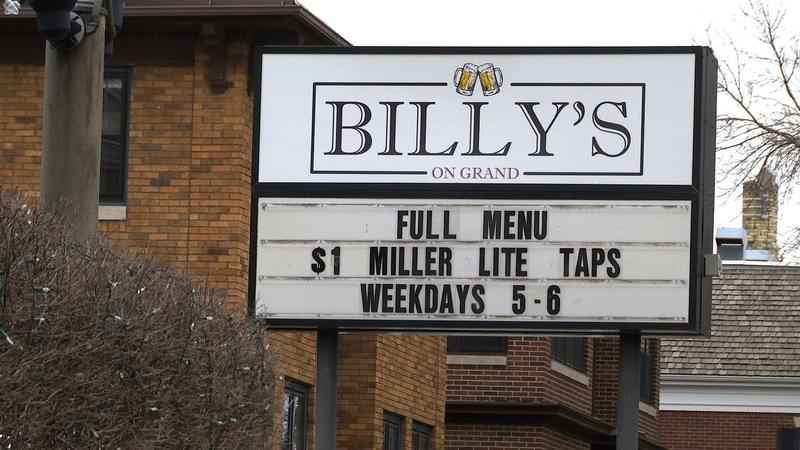 "We think a midnight bar closing time is late enough," said Johnson. "The other two bar/restaurants that are nearby close at 10 or 11, and so for Billy’s to close at midnight I think — and other neighbors think — is a very reasonable request."

"My team and I have gone through extensive measures to change the atmosphere and perception of Billy’s on Grand. At this time we are only asking for the same courtesies others before us have had, one of those being the option to operate to the hours allotted by the city for this type of establishment. Before judging us based on previous experience try to hold us only accountable for the current and future situations that happen at our property. We are still in the midst of a pandemic and while we are coming out of the other side the bottom line is, we are dealing with a new normal and unable to gain a daytime customer base to keep our doors open. Therefore, we would like to maximize our nighttime customers in order to generate the missed revenue from the day. I currently do and will always take into account that we are in a mixed neighborhood where people live and businesses operate so keeping things peaceful, safe as well as limiting the amount of access noise will always be at the forefront for our business. I truly hope to become a neighborhood establishment and positive staple on Grand Ave."

The St. Paul City Council is scheduled to take up Billy’s request for a 2 a.m. bar closing time at its meeting on Dec. 1.