Authorities say a man who was involved in a standoff that lasted two days is in stable condition Thursday after he was injured during a shooting with law enforcement.

According to the Wright County Sheriff’s Office, 39-year-old Brandon Gardas was flown to a Minneapolis hospital to be treated for his injuries.

In an update Thursday, the Minnesota Bureau of Criminal Apprehension said a St. Cloud police officer shot Gardas around 8:30 p.m. Wednesday night after law enforcement entered the home where he had barricaded himself. A Wright County deputy had also fired their weapon just before noon Tuesday. No officers were injured.

Gardas was wanted on a felony warrant at the time of the standoff.

The BCA is now investigating the case due to the use of deadly force by law enforcement. 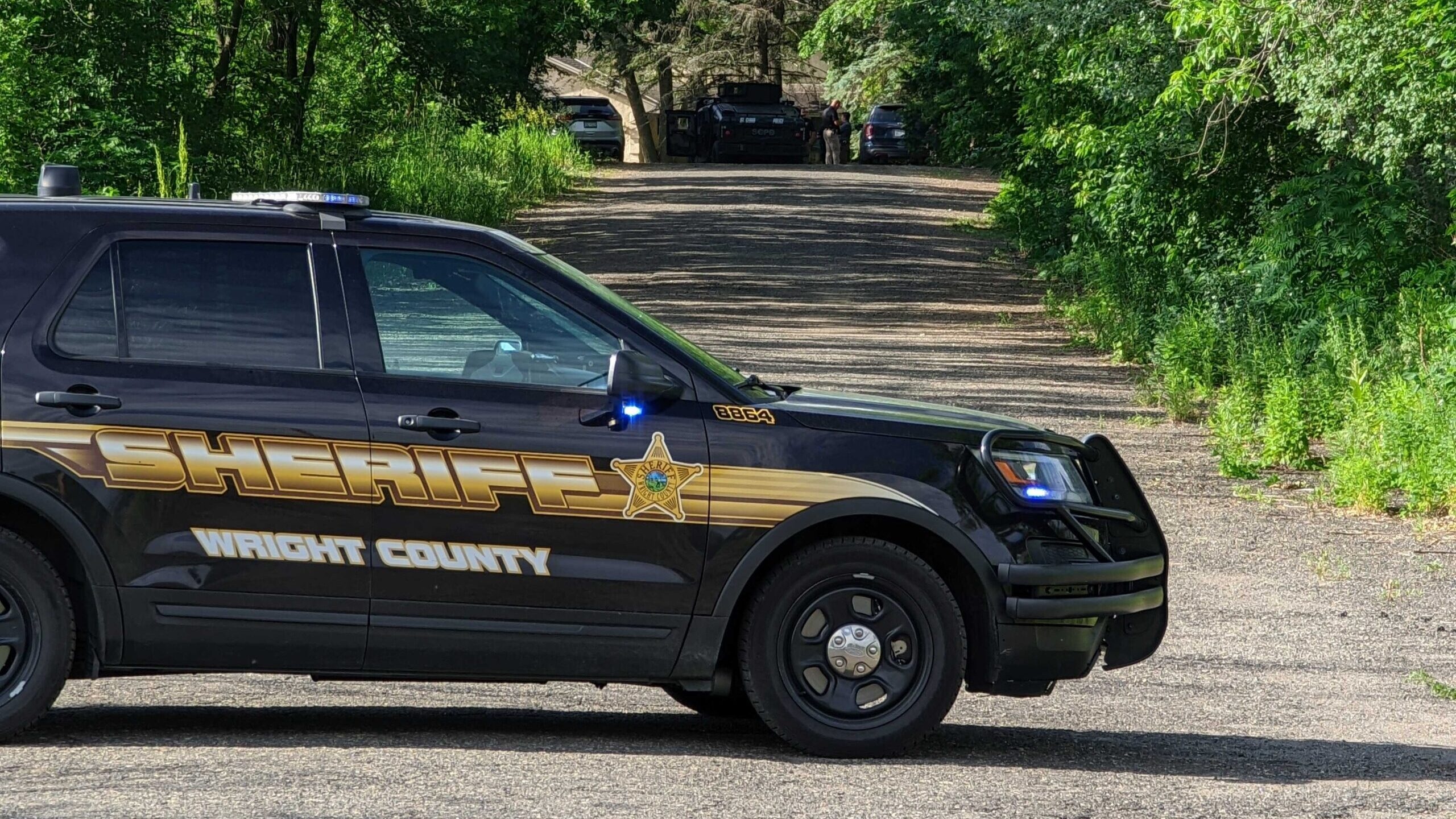 A KSTP crew was at the scene Thursday morning near where the standoff took place. (KSTP/ Nathan Bergeson)

Wright County Sheriff Sean Deringer said during a 4 p.m. update Wednesday that Gardas had been hostile and firing gunshots at law enforcement.

Law enforcement agencies are no stranger to the 500 block of Central Avenue West in St. Michael.

Authorities say they have a record of more than 60 calls at that home in the past decade, with one saying “this is without a doubt one of the most toxic environments I have ever seen children raised in.”

During that particular incident, officers noted dozens of bottles of alcohol, firearms and thousands of rounds of ammunition, which were all in a locked room that another resident called a “doomsday room.”

This past spring, the sheriff’s office told staff in that area’s school district to not go to the location without law enforcement because “the entire family is antigovernment” and “it is very likely that a dangerous situation at the residence could quickly escalate.”

No other injuries were reported during the standoff.

Earlier in the day Wednesday, authorities had arrested Gardas’ wife, Chelsea Gardas, on a charge of Aiding an Offender to Avoid Arrest Charge. The Wright County Attorney’s Office tells 5 EYEWITNESS NEWS she has since been released from jail.

No charges are expected to be filed Thursday in the case, which is still being investigated.