12:30 p.m. UPDATE: Snow will continue to fall throughout the day Thursday but will be lighter as the afternoon continues.

KSTP meteorologist Jonathan Yuhas says areas around the metro saw anywhere from 2-4 inches of snow Thursday morning, with some areas seeing more than 4 inches. An additional 1-3 inches of snow is possible by 6 p.m. Thursday but it will be lighter than the heavy snow that fell overnight.

Cold air is expected to move in overnight, and Yuhas says some spots could refreeze. Additional snow is expected Friday but accumulations should be less than an inch. After Friday, temperatures are expected to be in the 20s and teens over the weekend, with single digits expected to kick off the week leading up to Christmas.

The snowfall is leading many cities to declare a snow emergency, including Minneapolis and St. Paul. See the latest list of cities that have declared snow emergencies and parking restrictions here.

Driving conditions continued to be tricky late Thursday morning, but authorities with the Minnesota Department of Transportation (MnDOT) say they’re working to treat the roads during the slow-moving storm. 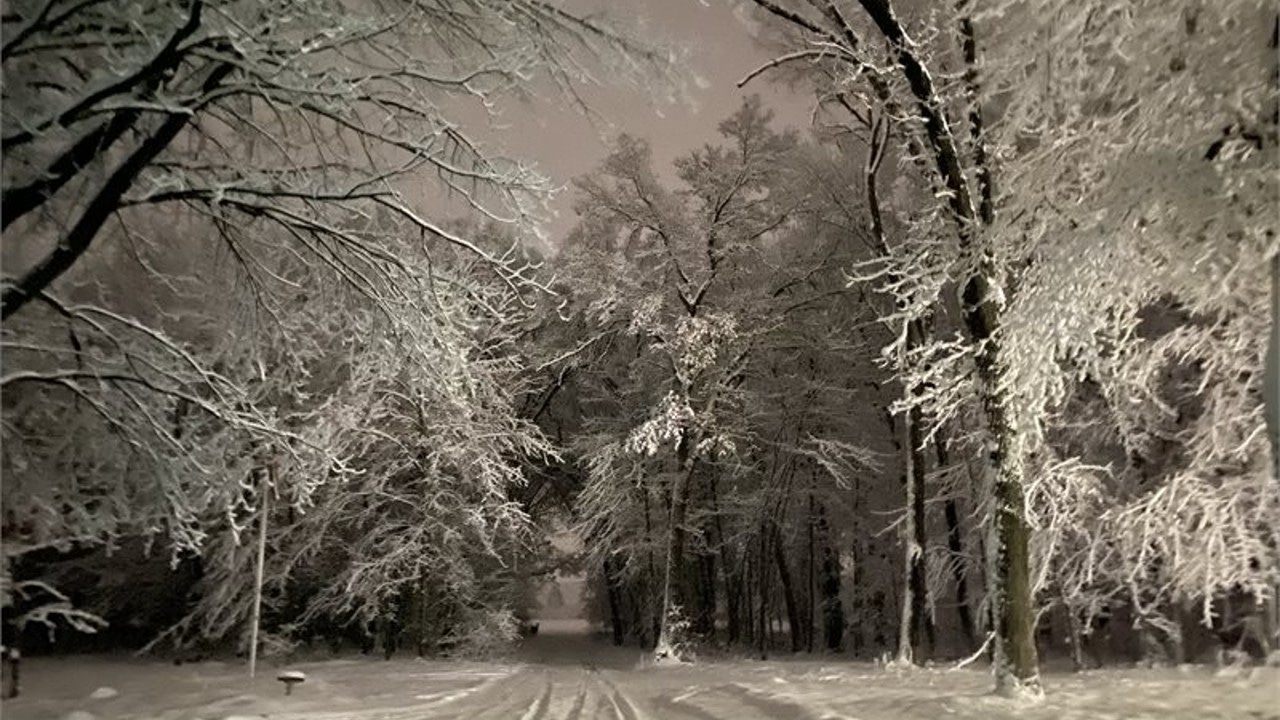 “Our materials work really well at these temperatures, that’s why we’re seeing some clear roads here. We’ve been able to keep up with that falling snow and now that it’s kind of diminished – a little bit less snow is falling – we should be able to keep up with that snowfall rate and of course, our materials are working well in this temperature. So, we anticipate that we should be able to keep roads in the clear throughout the day, but that doesn’t mean there won’t be slick spots out there,” said Anne Meyer of MnDOT.

As previously reported, the Minnesota State Patrol said a Bloomington man died overnight after crashing his Jeep on Highway 62 in Minneapolis. Authorities add the roads were snow and ice covered at the time of the crash.

At 11:35 a.m., the State Patrol reported from 7:30 a.m. to 11 a.m. Thursday, troopers responded to 79 crashes statewide, four of which involved injuries. Luckily, none of those were serious injuries or fatal. Another 130 vehicles were reported to have spun out, and three semis jackknifed.

Those numbers are in addition to crashes reported between 9 p.m. Wednesday and 7:30 a.m. Thursday, which can be found in a previous version of this story below.

Snowfall that started overnight and continued Thursday morning made for messy and slower-than-normal morning commutes.

Between 9 p.m. Wednesday and 7:30 a.m. Thursday, the Minnesota State Patrol said it had responded to 72 crashes, six of which resulted in injuries and one that was fatal. Additionally, more than 100 vehicles spun out or ran off the road in that timeframe and four semis jackknifed.

Follow Hanna along on Twitter for the latest crash updates, or you can follow the feed found at the bottom of this article. A map of real-time traffic conditions across the Twin Cities metro can be found below.

Chief Meteorologist Ken Barlow says the region is under a Winter Storm Warning until 6 p.m. Thursday, adding there will be another 1-3 inches of snow added to what fell overnight. Watch the video at the top of this article for the latest conditions, and the video below for the latest road conditions.

Hundreds of school districts across the region are also delaying the start of classes, closing or modifying hours. CLICK HERE for a continuously updated list.