For the second time in two weeks, the Minnesota Senate Ethics Subcommittee met to consider complaints against DFL Sen. Omar Fateh of Minneapolis without taking any votes. However, the committee did decide to subpoena two new witnesses to testify at another hearing next month.

“On May 10, Muse Mohamed was convicted for lying to a grand jury regarding his involvement in delivering absentee ballots during the 2020 primary election without voters’ consent,” said Sen. Mark Koran, R-North Branch, one of several GOP senators who brought the ethics complaints.

Koran says there are also questions about the possible involvement of another campaign volunteer who was mentioned in grand jury transcripts. Dawson Kimyon was Fateh’s legislative aide until he resigned May 24 after first being suspended by Fateh. 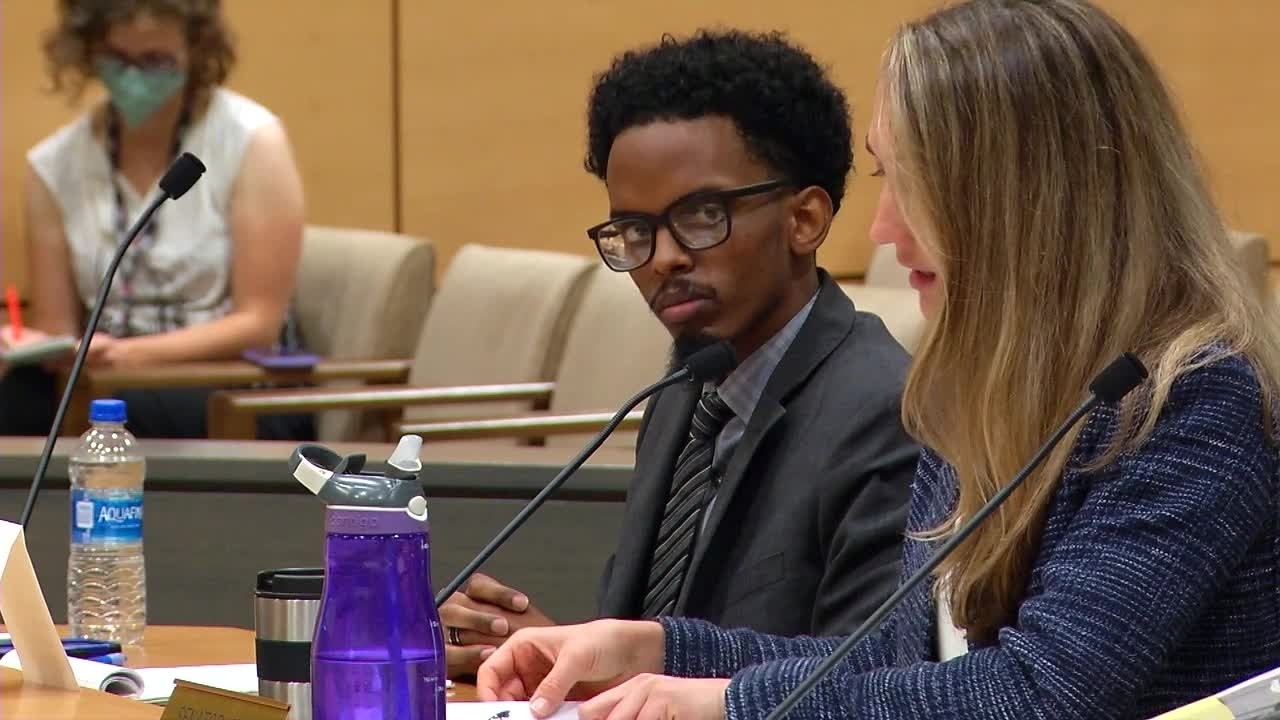 “Sen. Fateh’s failure to unequivocally refute his personal involvement and the involvement of his staff — Senate staff — following the conviction of Muse Mohamud Mohamed violates acceptance of norms of Senate behavior betrays the public trust and brings the Senate into dishonor and disrepute,” Koran said.

“What’s not included is there’s no allegation of wrongdoing on Senator Fateh’s part with regard to any sort of election fraud,” she said.

“I was extremely troubled because we worked really, really hard to run our campaign with the utmost integrity,” Fateh testified, adding that he was “horrified” to learn of his brother-in-law’s conviction for perjury. “Both because it was part of my campaign, but it was extremely hurtful that it was a family member. Someone that I cared about.”

Earlier in the hearing, the committee heard more testimony and final statements in another complaint accusing Fateh of a conflict of interest. In that case, Republican senators accuse Fateh of authoring a bill to get a $500,000 state grant for Somali TV of Minnesota in exchange for the TV channel endorsing him by running TV ads on his behalf.

Fateh presented receipts showing he paid for the ads, so there was no free endorsement and no conflict of interest. The bill for a $500,000 state grant never got a hearing in the Senate.

The Senate Ethics Subcommittee of two Republicans and two Democrats didn’t take votes on either complaint today. They did decide to subpoena Mohamed and Kimyon to testify under oath at a hearing next month about whether Fateh knew anything about their handling of absentee ballots.

That hearing is scheduled for July 7.