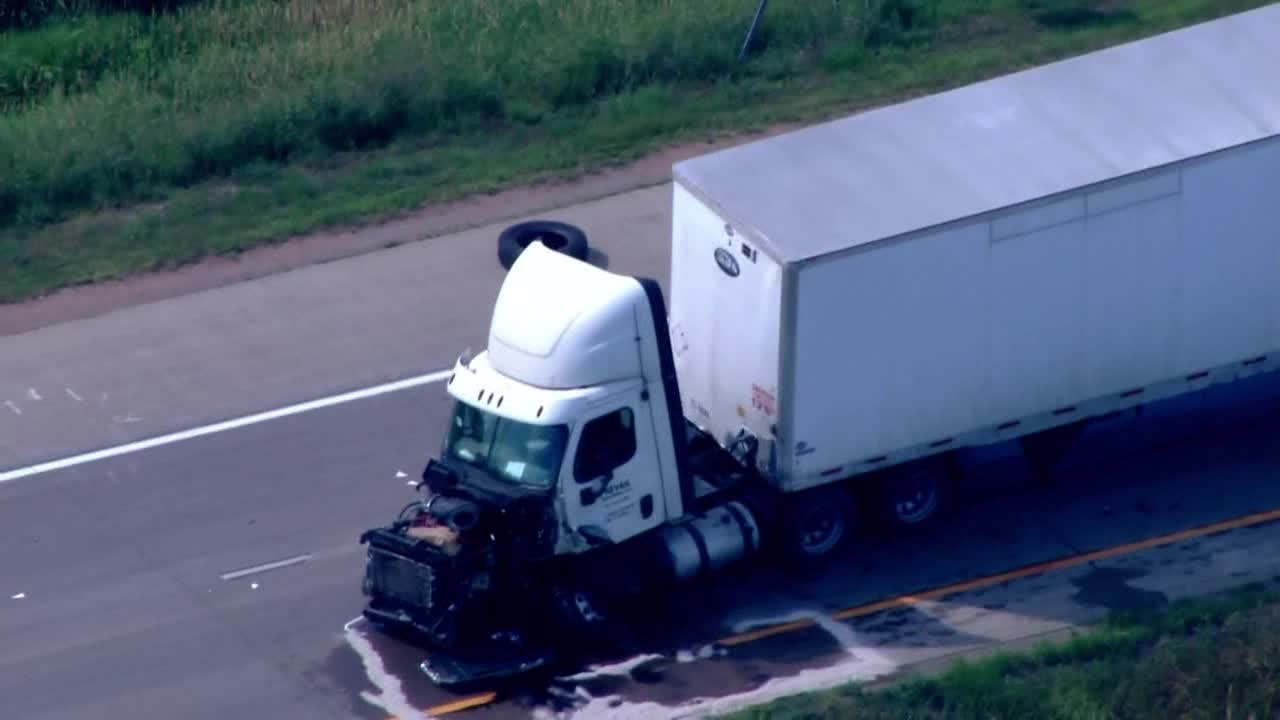 Minnesota State Patrol says five people were injured after a Freightliner hit multiple vehicles from behind while they were stopped at a traffic light in Jordan Saturday morning.

The Freightliner, traveling north on Highway 169, pushed multiple vehicles into the intersection of Highway 169 and Highway 282 as it hit them, authorities say.

One vehicle in the northbound lane was pushed into the southbound lane of Highway 169, resulting in a “secondary crash.”

A 30-year-old woman from St. Paul was taken to Hennepin County Medical Center for life-threatening injuries.

Authorities have not provided further updates on her condition.