The Minneapolis, Richfield, Bloomington and Edina public school districts confirmed that they’re working together to ensure they have similar guidelines and more secure events.

In a letter to families, Richfield High School Principal Stacy Theien-Collins and Activities Director Chris Peterson said the school will now require students to register by 1 p.m. on the Wednesday before an away game if they wish to go. Additionally, all attendees will have to show a photo ID to get into the game, and all students have to be accompanied by a parent or chaperone.

For Richfield’s game Friday night against Washburn, only families of the football players and students with a chaperone are being allowed to attend, and those who want to attend had to fill out a form by noon.

“I feel good, it’s very controlled,” said Patrick McHugh, whose daughter was part of the Washburn homecoming court. “To be honest, I would’ve been fine either way but I understand the need for that stuff.” 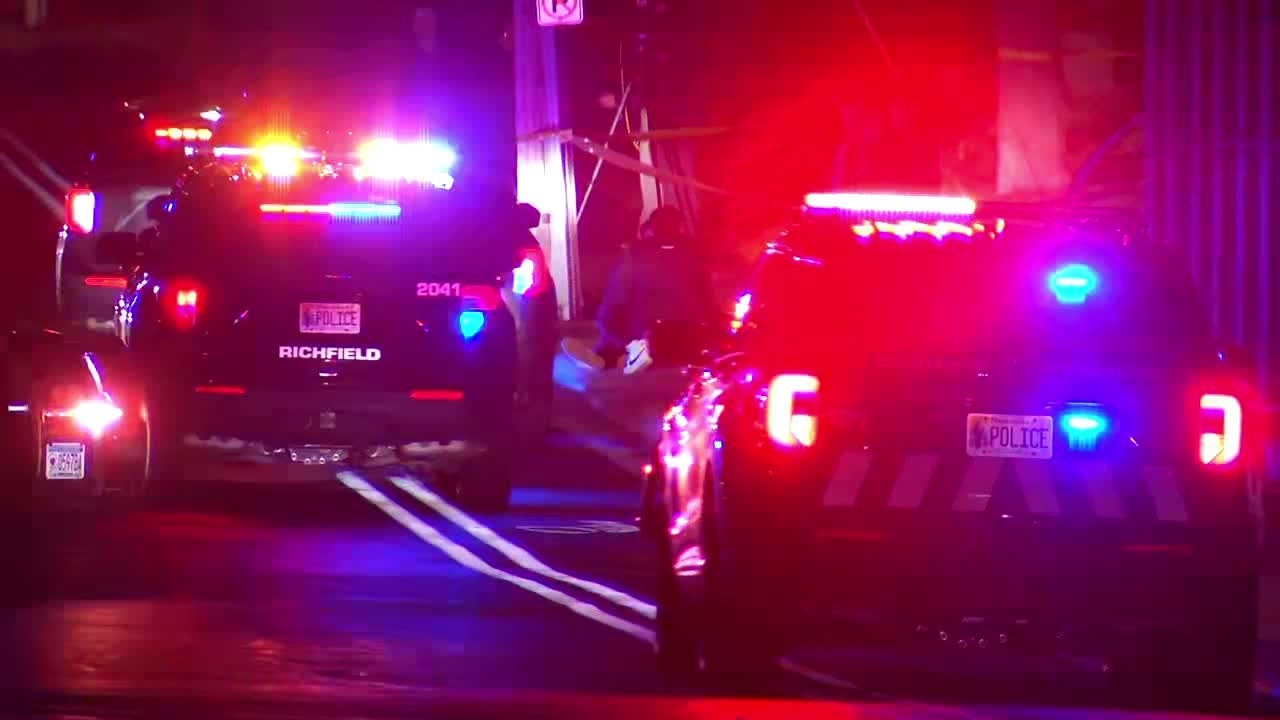 He added, “There are people that are nervous. Actually, I had a long conversation with my daughter on it.”

McHugh explained that additional security procedures are being implemented during the first Washburn homecoming without any kind of pandemic restrictions.

“They’ve gone through a lot,” said McHugh. “You feel bad for the kids and hope everything works out for them.”

Fontaine Robinson’s son is a senior on the Richfield football team. He was on the field last Friday when the shooting happened outside of the game.

“It was scary, it was heart-dropping scary,” said Robinson, who was in the hospital for a health scare when it happened.

It was the first game of the season she had missed and told 5 EYEWITNESS NEWS that a friend had rushed her son to safety. The shooting left her son shaken up.

“He was crying, he was hurt,” she said. “He says ‘Why does everything bad happen? Why can’t we just have fun, Mom?’”

Robinson welcomed the additional safety protocols, which she said added a level of comfort as she cheered for her son from the stands on Friday.

“You gotta have something,” she said. “You’ve got a little bit of structure here, you’ve got some protocol in place and you can actually see and know who’s here.”

She added, “I pray that they have some kind of peace growing up and can be kids and enjoy life.”

Bloomington Public Schools told 5 EYEWITNESS NEWS that only Kennedy High School students with IDs will be able to attend Saturday’s homecoming game, along with their parents and families. Any elementary and middle school students must be accompanied by an adult.

The district added that it is partnering with Bloomington police to have more personnel in and around the stadium.

“All of these measures are in place as a result of the incident last Friday evening in Richfield. We will reassess security plans in effect for any further home games this year, after Saturday,” Rick Kaufman, the executive director of community relations and emergency management for Bloomington Public Schools, said.

Two teenagers — one 15, one 16 — were arrested in connection to the shooting outside the Richfield vs. Bloomington Kennedy game last Friday that left two people injured. Wednesday, prosecutors confirmed one of the teens had been charged but, due to their age, declined to specify what the charges are.

Richfield Public Schools added that it is still developing a plan for home games and is working with local law enforcement and other conference schools in doing so.

“We want to thank you in advance for your support and cooperation as we work together to ensure athletic events remain safe and enjoyable for all,” Theien-Collins and Peterson said in the letter.

While not all have escalated to shots being fired, fights have been an issue for several schools this fall. One of those was a large fight at Edina’s homecoming, and a letter to families from Edina Public Schools Superintendent Stacie Stanley confirmed that some of those involved were from outside the district.

That prompted changes to school policies even before last week’s shooting in Richfield.

“It’s been a difficult week — it’s been one of making sure students are supported,” Kaufman said.

As for the policy limiting other community members from attending the game, Kaufman said it’s not necessarily what the district wants to do but is something that it feels is necessary at this time.

“It’s just unfortunate, yet it’s also a responsibility we take very seriously to ensure the safety and well being of everyone involved in the program,” he said.

“I think they have to do everything they can to make people feel safe — and continue attendance — and keep people coming to enjoy a sense of normalcy,” Leslie Lien, a parent of a Richfield High School student, told 5 EYEWITNESS NEWS about the updated policies at the districts.

Lien’s daughter was in the stands when last week’s shooting happened in Richfield.

While the other districts have implemented changes, Minneapolis Public Schools told 5 EYEWITNESS NEWS on Friday that it will have separate entrances for spectators and an increased security presence for Washburn’s homecoming game. However, it isn’t restricting who is able to attend.

The districts noted they will continue to review and refine the policies, and update them further, as necessary.