The future is murky for the century-old St. Paul Eastside Seventh-day Adventist Church after firefighters on Tuesday night battled a blaze that left at least the roof and steeple a mangled mess.

As the St. Paul Fire Department and the church’s insurance company continue to investigate the extent of the damage, church leaders resolved to keep Sabbath services going in a new location.

“People reached out to us right away. The school principal said, ‘Hey, we have a gym. You can come over and use that temporarily until you figure out what you’re going to do,'” Demaray shared.

Just a few days later, service was in session, without skipping a single Saturday. 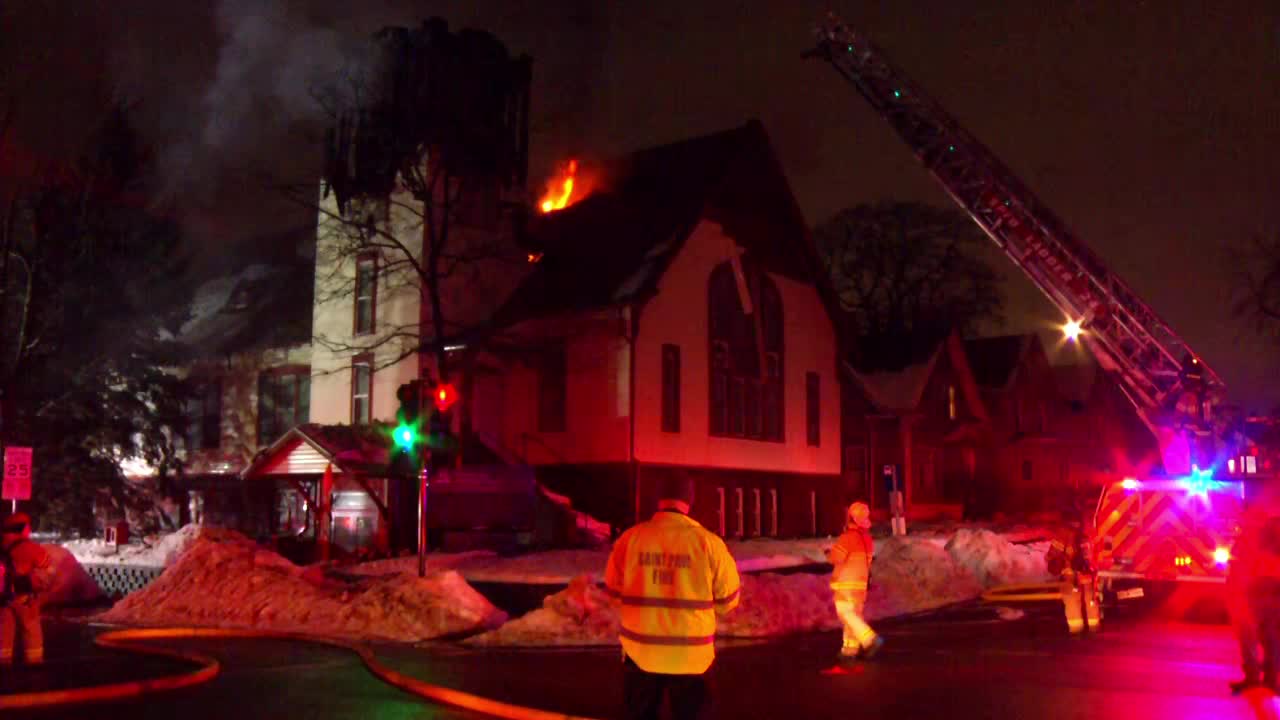 “This is short term for now. We don’t have enough information long term,” Demaray said.

The cost of repairing the damage was among what remained up in the air for Demaray.

“It’s gonna be significant. I don’t know if it even can be rebuilt as a church, but we’ll see,” he said. “So we’re waiting for all that and praying a lot.”

Demaray, who has been inside since the fire, described the current state of the Eastside Seventh-day Adventist Church as “a mess.”

“There’s as much water damage as fire damage. I think we had over a foot of water in the basement, and that was all remodeled before,” he explained. “It’s really, really devastating.”

Attendance was leaner than normal at the temporary location. There to fill in some of the gap with a positive message of perseverance was Eric Mokua, vice president of administration for the Minnesota Conference of Seventh-day Adventists.

“We know God makes good come out of bad things,” Demaray added. “So we’re confident that everything’s gonna be actually, maybe better than it was before.”

A spokesperson with the Minnesota Conference of Seventh-day Adventists said a finalized damage report is expected in two to three weeks.

No one was injured or at the church at the time of the fire, according to the spokesperson.