RSV is filling up Minnesota hospitals, ‘adding up to sort of a perfect storm’

Respiratory syncytial virus, or RSV for short, is slamming hospitals across Minnesota.

“We are absolutely seeing a surge of RSV among other respiratory viruses,” says Dr. Marissa Hendrickson, with M Health Fairview Masonic Children’s Hospital. “Emergency departments have been full, our hospital, our intensive care units have been full.”

The Minnesota Department of Health says right now, just five pediatric ICU beds, or 4%, are available in the metro.

MDH released a chart showing a spike in hospitalizations statewide: 70 last week, compared to almost 120 this week. Eighty of those cases are kids less than a year old. 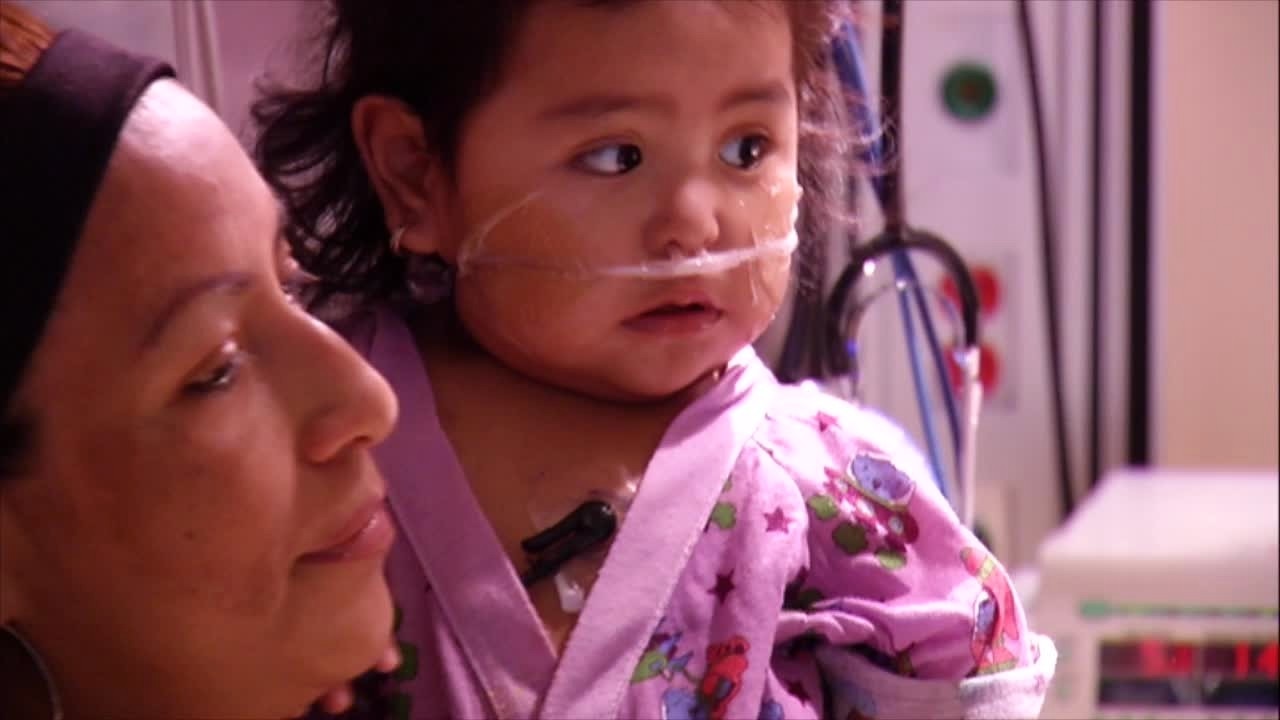 “I think it’s just all adding up to be sort of a perfect storm for the number of RSV kids in the hospital,” declares Dr. Stacene Maroushek, a Hennepin Healthcare pediatrician who sees about 20 patients a day.

One-third of them, she notes, have RSV.

“We have a new viral strain of RSV that’s going around,” Maroushek explains. “Plus, you have a group of kids that haven’t had any respiratory viruses, haven’t developed any immunity for the last two-and-a-half to three years because they’ve all been socially distanced, kept away, masked.”

Both doctors who spoke with 5 EYEWITNESS NEWS say they’re most concerned about children 1 to 2 years old and younger — those born during the pandemic — and those with underlying health problems.

Hendrickson says after COVID restrictions, some kids are being exposed to viruses for the first time.

“They didn’t catch any viruses their first year of life,” she says. “Now they’re 1, they’re 2, and all of a sudden being exposed to a lot more viruses since we’re all out and about more in the world.”

Hospitals outside Minnesota are also feeling the patient load.

Connecticut Children’s is treating some patients in hallways and is considering doing more.

“In fact, one of my infectious disease colleagues is from Connecticut, where they’re thinking of setting up a field hospital,” Maroushek says.

She adds her hospital is holding planning sessions on various scenarios, including how to handle 10 RSV patients, or 100.

“We’re not anywhere near field hospitals or anything like that,” Maroushek says. “We have extra space that can be opened up in the hospital, but it has to be staffed. That’s always been a limiting factor, especially staffing on a holiday weekend.”

Both doctors also say there is no vaccine for RSV.

They say if your child has difficulty breathing, has rapid breathing or is lethargic or listless — those are all signs he or she isn’t getting enough oxygen and they should be checked out by a physician.

The doctors say children who are very sick can be admitted to the hospital for oxygen or breathing treatments.

They also note during this time, it’s not a bad idea to consider safe practices like social distancing, frequent hand washing and even wearing masks if you feel comfortable.

Most importantly, they say, parents should make sure their kids are updated on their measles, flu and COVID-19 shots.