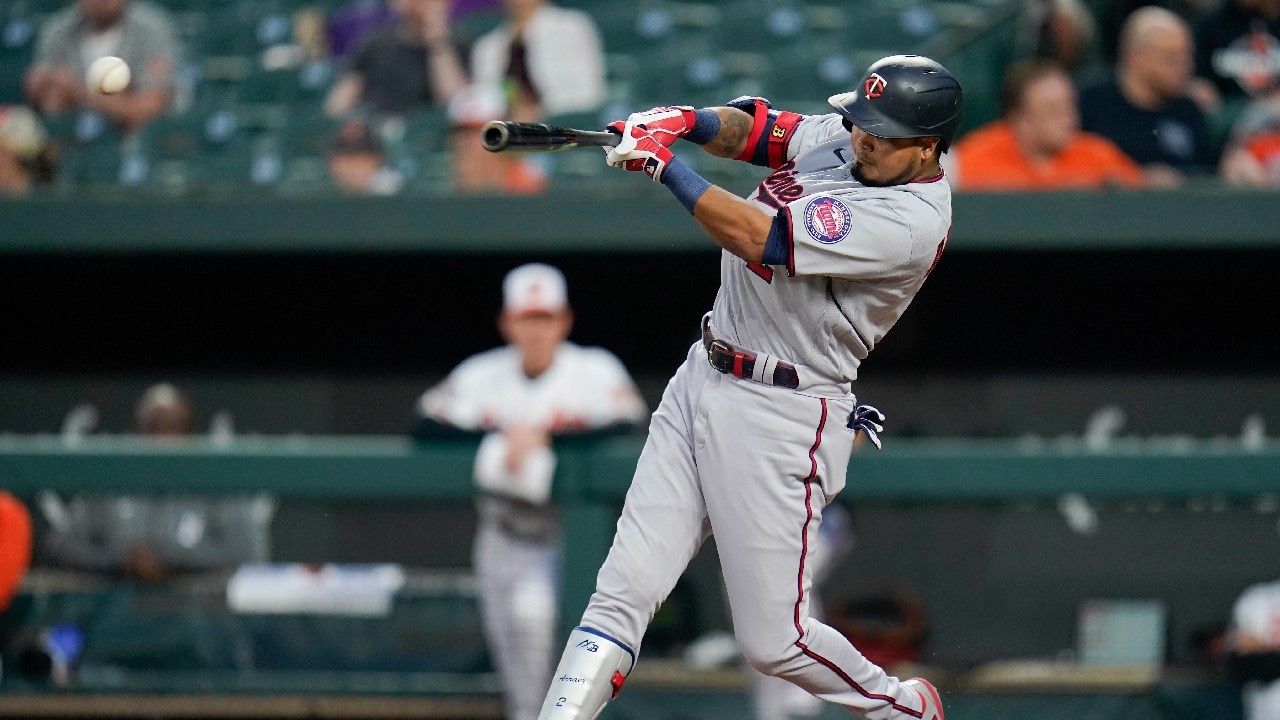 FILE: Minnesota Twins' Luis Arraez connects for a single against the Baltimore Orioles during the fourth inning of a baseball game, Monday, May 2, 2022, in Baltimore. (AP Photo/Julio Cortez)

After last week’s monster free agent signing in bringing back Carlos Correa, the Twins have swung a big trade.

Arraez, 25, was a first-time All-Star last season and led the American League in batting average after hitting .316/.375/.420 with a .795 OPS. He also hit a career-high eight home runs last season, although he’s known for his phenomenal contact skills, as he’s posted a .314 batting average over his four years in the big leagues.

However, with Correa back in the fold and several other young infielders ready for opportunities, the Twins suddenly had plenty of options around the infield and opted to use Arraez, a fan favorite, to try to improve the pitching staff via trade. Arraez has three more years under team control before reaching free agency, per Spotrac.

Lopez joins Sonny Gray, Tyler Mahle, Kenta Maeda and Joe Ryan in the Twins rotation. The team also could get Chris Paddack back from Tommy John surgery later this season and has Bailey Ober, Josh Winder, Louie Varland and Simeon Woods Richardson also on the 40-man roster. However, Gray, Mahle and Maeda are all entering the final year of their contracts and Maeda is returning from Tommy John surgery.

The clubs have since announced the deal.