A day after news broke that star shortstop Carlos Correa reportedly struck a new deal with the Minnesota Twins, he’s officially a member of the team again.

KSTP Sports has confirmed shortstop Carlos Correa has passed his physical with the team. His return was formally announced by the team later Wednesday morning.

As previously reported, Correa opted out of his deal in November after joining the Twins last offseason. He reportedly had deals with the San Francisco Giants and the New York Mets, both of which fell apart due to reported disagreements over findings of his physical this offseason.

Correa’s new deal, which was pending Tuesday due to the physical examination, is for six years and $200 million and includes vesting and club options that could push it to $270 million over 10 years.

Wednesday morning, Correa posted a message to his Instagram account saying he “always believed that at the end of the day God will put me in the right place,” and adding, “Now I’m back to finish what we started.”

To make room on the 40-man roster, the Twins designated outfielder Kyle Garlick for release or assignment.

During Wednesday’s press conference, Correa, his agent Scott Boras, Twins President of Baseball Operations Derek Falvey and Twins Executive Chair Jim Pohlad spoke openly about the long saga as well as the ups and downs between the time Correa left the Twins and his re-signing Wednesday. 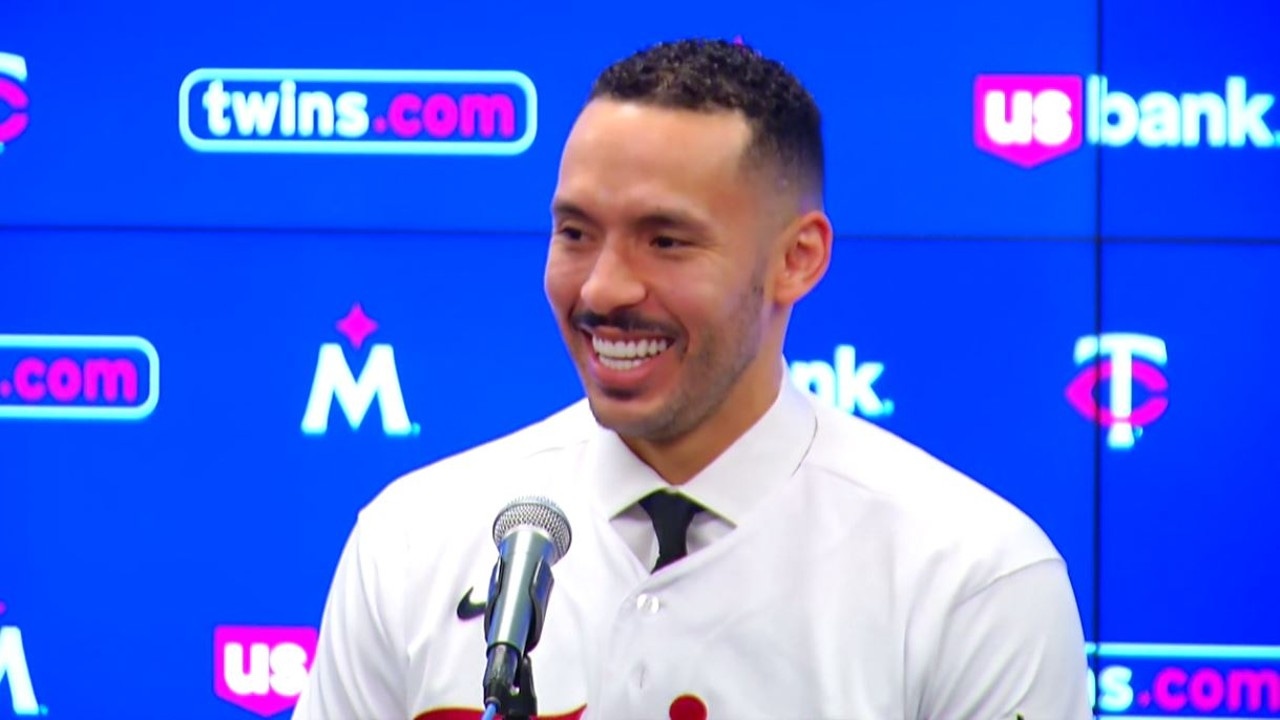 Carlos Correa smiles during a press conference on Jan. 11, 2023, after he re-signed with the Minnesota Twins. (KSTP-TV)

He also finished his press conference by addressing the idea that Minnesota wasn’t his first choice, saying it was always on the shortlist and the ending is what is most important.

“At the end of the day, all that matters is that I’m here. I’m gonna represent this city, I’m gonna represent this organization, I’m gonna do it the right way, I’m gonna play hard every single day, I’m gonna be out there in the community helping out as much as I can, and all that matters is what I do from this moment forward for this organization,” Correa said. “I’m really focused on that, I’m really focused on giving my all. Me and my family are going to be very dedicated to this city and that’s gonna be for a long time, so we’re very happy and excited.”

Click the video box above to watch the full press conference.