Metro area lakes — and the people who use them — are in a slushy situation.

“We’ve got a few contingency plans in place, but hopefully, not have to use them,” says Mia Spier, an event coordinator with the U.S. Pond Hockey Championships.

“There’s definitely some areas where the snow has compressed the lake and the water is kind of coming through some areas,” adds Abby Delaney, the sponsorship director with the Loppet Foundation.

This January — many lakes have less of that icy sheen — and more slush.

“It started back in December where we had a good ice layer,” explains KSTP meteorologist Matt Serwe. “But then, in the middle of December, we got about a half-inch of rain before the blizzard came in.” 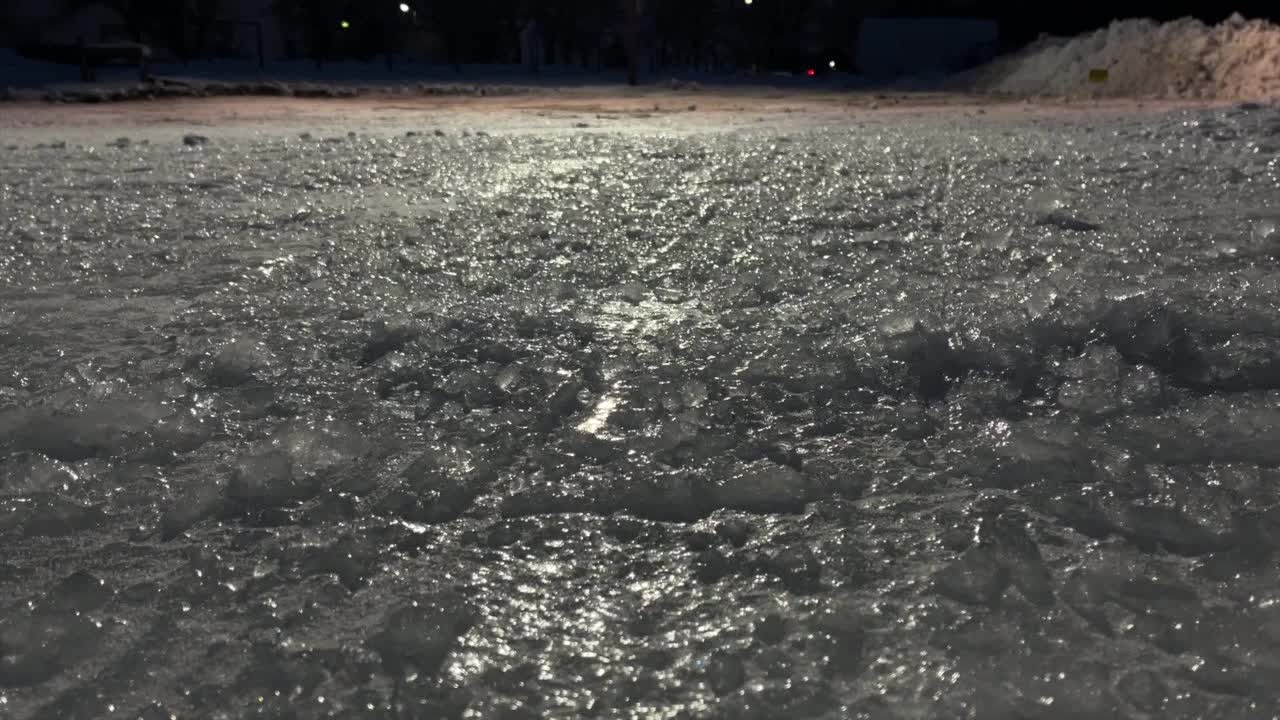 He says area lakes now have a base layer of ice, covered with snow that acts like an insulator.

“When you start digging away to get down to that base layer of ice, on a lake, it’s just all going to be slush,” Serwe says. “When you add more snow on top of that, the insulation’s even thicker, so you have absolutely no shot of making really good hard ice.”

For some events, the timing couldn’t be worse.

The U.S. Pond Hockey Championships, on Lake Nokomis, begins the registration process on Thursday — and games start on Friday.

But right now, event organizers aren’t saying much about their plans to deal with the conditions.

“We are preparing as if everything’s going to go as normal. We’re doing everything we can,” Spier says. “It’s a big lake, and we’ve gotten creative with snow removal, our team is out here and we’re just going to continue to prepare.”

But several other organizations are changing their plans.

The Loppet Foundation says its Luminary Loppet display — usually held on the frozen surface of Lake of the Isles — is being delayed from Feb. 5 to Feb. 18.

“For the safety of our event organizers and participants, we’re going to wait two weeks,” Delaney notes. “Let winter do its thing and freeze the ice a bit more.”

Organizers with Art Shanty Projects on Lake Harriet say they moving their event to safer ground — and off the ice completely.

The eighteen ice houses that have been converted into art pieces, along with related performances — are being moved to the band shell and the picnic grounds.

“Plus, you add in temperatures this weekend in the mid-30s Saturday, upper 30s Sunday, maybe two days in the 40s early next week and rain on Monday,” Serwe says. “That’s going to make any slushy ice even worse.”

Delaney says the most important thing is safety for visitors and those staffing these events. “We just need a little bit more time for the lakes to freeze and for the slush to go down, essentially,” she says. “So we think if we can get more freezing and clear some snow off, we’ll still be able to put on the event.”