“For too long, we’ve listened to the voices that say there is nothing that can be done after each new gun death of an individual, or in mass shootings we have already experienced in our region,” Ramsey County Board Chair Trista MatasCastillo said in a statement. “Yet there are common-sense, effective solutions that we can take together to address the national public health crisis of gun violence.”

Part of those plans include implementing the Ramsey County Gun Safety Initiative, designed to provide free gun locks at locations throughout the community to encourage gun owners to lock and secure their firearms.

County officials say they are also looking into increasing gun safety education opportunities as well as highlighting available mental health resources. Officials said they also want to ensure children do not have access to guns in homes. 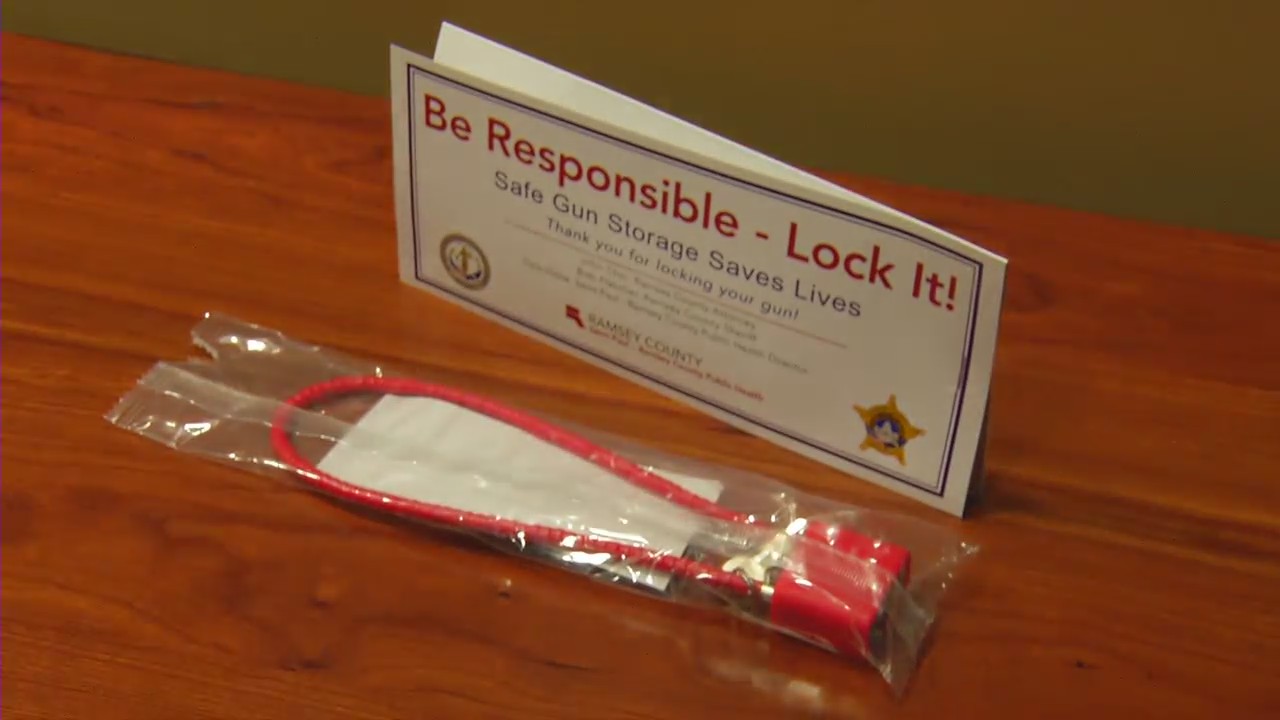 “A gun lock can be the difference between life and death if a child accidentally gets a hold of a firearm,” Ramsey County Attorney John Choi said in a statement. “This summer, with kids home from school, parents who have guns in their home have an important responsibility to take a few minutes to lock and secure their firearms to prevent these heartbreaking incidents from happening.”

More information about the Ramsey County Gun Safety Initiative can be found here.

Watch the news conference hosted by Ramsey County officials via the video player above.

Recently, roughly a dozen health care systems in the state of Minnesota issued a joint statement to declare a public health crisis due to gun violence.

Nationally, the U.S. Centers for Disease Control and Prevention released new data in May that firearms were involved in 79% of homicides in 2020, which reportedly marked the highest firearm homicide rate in more than 25 years.

Meanwhile, the New England Journal of Medicine published a report in May that found more than 4,300 juveniles in the U.S. died of gun-related injuries in 2020, a 29% increase from 2019.