The color purple was 10-year-old Lily Peters’ favorite color according to her family, who are waiting for answers after she was found dead.

Purple ribbons and memorials are being set up across Chippewa Falls, Wisconsin.

Police have told the community to be vigilant as they are treating her death as a homicide.

The Chippewa Falls Police Department set up patrols outside of schools on Tuesday during drop-off and pick-up times.

Parents of her schoolmates set up a memorial for her outside Parkview Elementary school.

“There’s all kinds of emotions… there’s anger, there’s sadness, there’s why? Why did this have to happen to her,” said Tammy Kienholz, a schoolmate’s parent.

“I’ve always felt so safe but I know these things happen all over the world everyday — but this is way too close,” said Chelsea Torgerson, who kept her daughter home from school.

“She was very outgoing, she loved sports and had a funny side,” said Lily’s grandmother, Pam McVinnie. 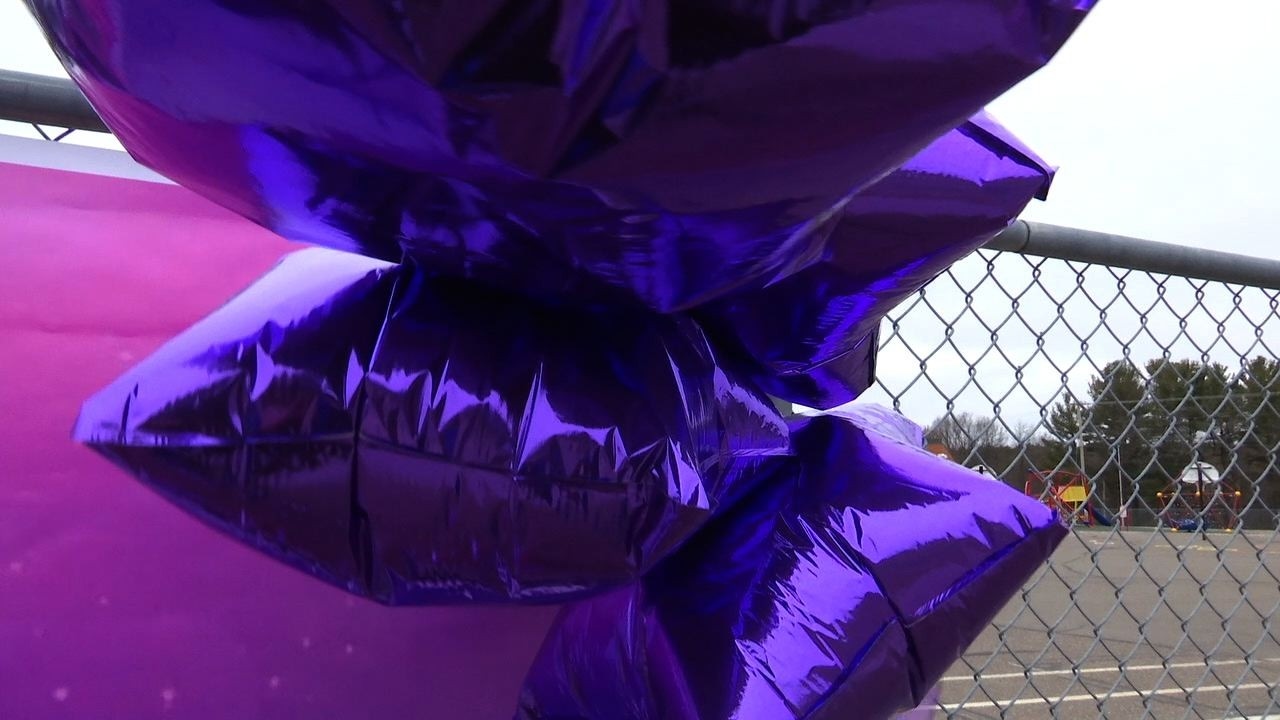 Purple balloons at a memorial for Lily Peters (KSTP).

The family hasn’t slept since Lily went missing Sunday evening and then the heartbreaking discovery on Monday, she said.

McVinnie said she’s comforted by the community’s support with the many memorials and purple ribbons.

Police said they found the 10-year-old girl’s bike near a walking path in downtown Chippewa Falls — never making it the short distance home.

Investigators reported finding the 10-year-old’s body in a wooded part of the area Monday morning — saying it was a homicide.

A specific timeline of her disappearance hasn’t been shared by law enforcement. Police have only said that her family reported her missing at 9 p.m. on Sunday.

Her bike was later found a short distance from a relative’s home where she had been before leaving to go home, according to police.

“Anything you might consider minute, report it, even if you think it’s not important…if you know something report it,” McVinnie said.

A command post Tuesday remained with yellow crime tape as local, county and state investigators continued to process the scene where her body was found.