An arrest has been made in the death of 10-year-old Lily Peters, according to the Chippewa Falls Police Department.

Chippewa Falls Police Chief Matthew Kelm said the “suspect was known to the victim” and a juvenile, adding “he is in custody.”

Kelm said he’s “confident that there’s no further danger to the public at this time.”

“I do have kids of my own,” Johnson told 5 EYEWITNESS NEWS, adding, “I cannot even imagine if even something like this happened to them as adults—let alone 10-years-old.”

The body of Illiana “Lily” Peters was found Monday morning near a walking trail around 9:15 a.m. 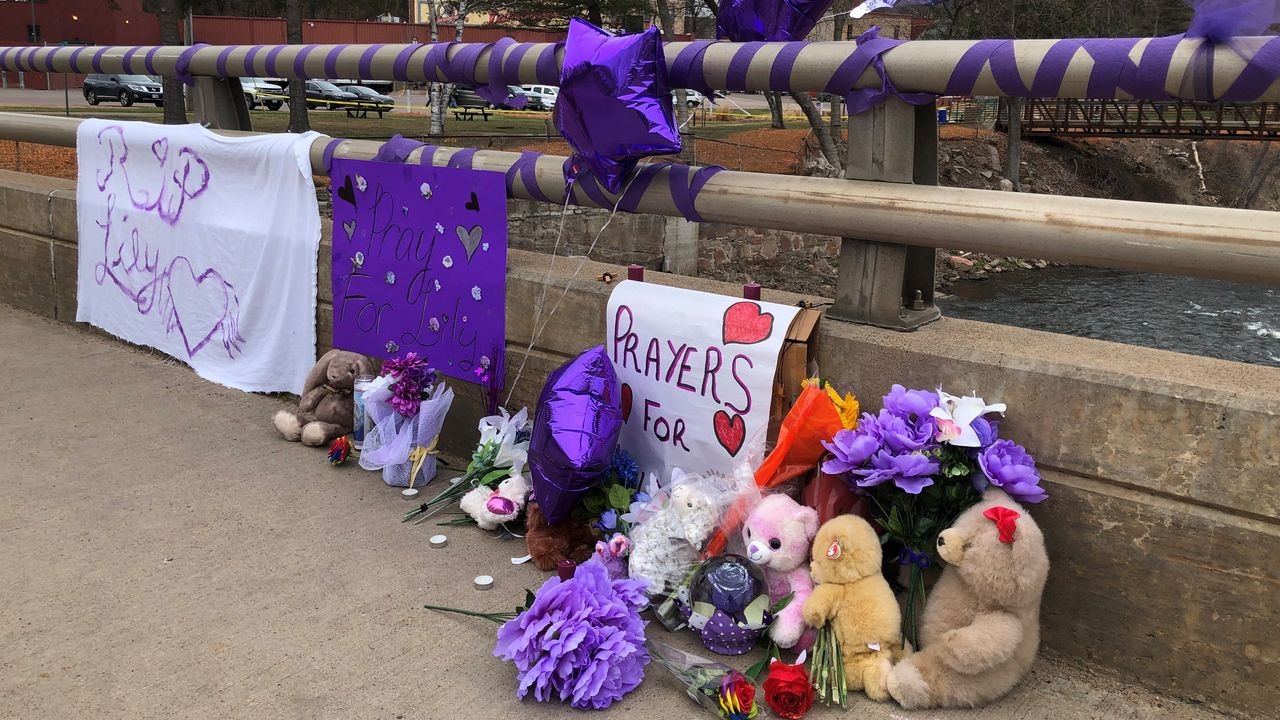 The community set up a memorial in Chippewa Falls. (KSTP/ Jim O'Connell)

According to the Chippewa Falls Police Department, the girl was last seen by family members Sunday evening. Her father contacted the police at 9 p.m. after he said she had not returned from a visit to her aunt’s house.

Police reported a bicycle believed to belong to the girl was found in the woods a short distance from her aunt’s house, near a walking trail between the end of North Grove Street and the Leinenkugel brewery’s parking lot.

“I grew up here all my life, never heard of anything like this,” neighbor Jeremy Machnik said. “It’s a scary situation when you know … we’re just inside the house … and it’s Sunday afternoon, we’re cleaning and making dinner and that’s going on a block away from our house and it’s scary.”

Machnik’s kids often played with Peters, and he described seeing her riding her bike up and down the street often.

A GoFundMe page has been established to help the family with expenses related to Peters’ funeral.