The fate of one of St. Paul’s oldest buildings is now in the hands of a Ramsey County judge.

The 170-year-old Justus Ramsey Stone House sits on the patio of Burger Moe’s on West Seventh Street. Built in 1852, it was once home to the brother of Minnesota’s first governor and is listed on multiple historic registries, including the National Register of Historic Places.

The owner of Burger Moe’s, Moe Sharif, has wanted the structure demolished for months, and Mayor Melvin Carter issued an order allowing the demolition to go forward on Monday.

Judge Laura E. Nelson ruled Tuesday that the demolition of the building cannot proceed until the court has conducted a full hearing on the issue.

Tom Schroeder, a neighborhood activist and attorney, is among those working to save the Justus Ramsey House. He’s also the owner of Waldmann Brewery, a passion project that involved refurbishing a formerly condemned building from the same era as the little limestone house on the Burger Moe’s patio. 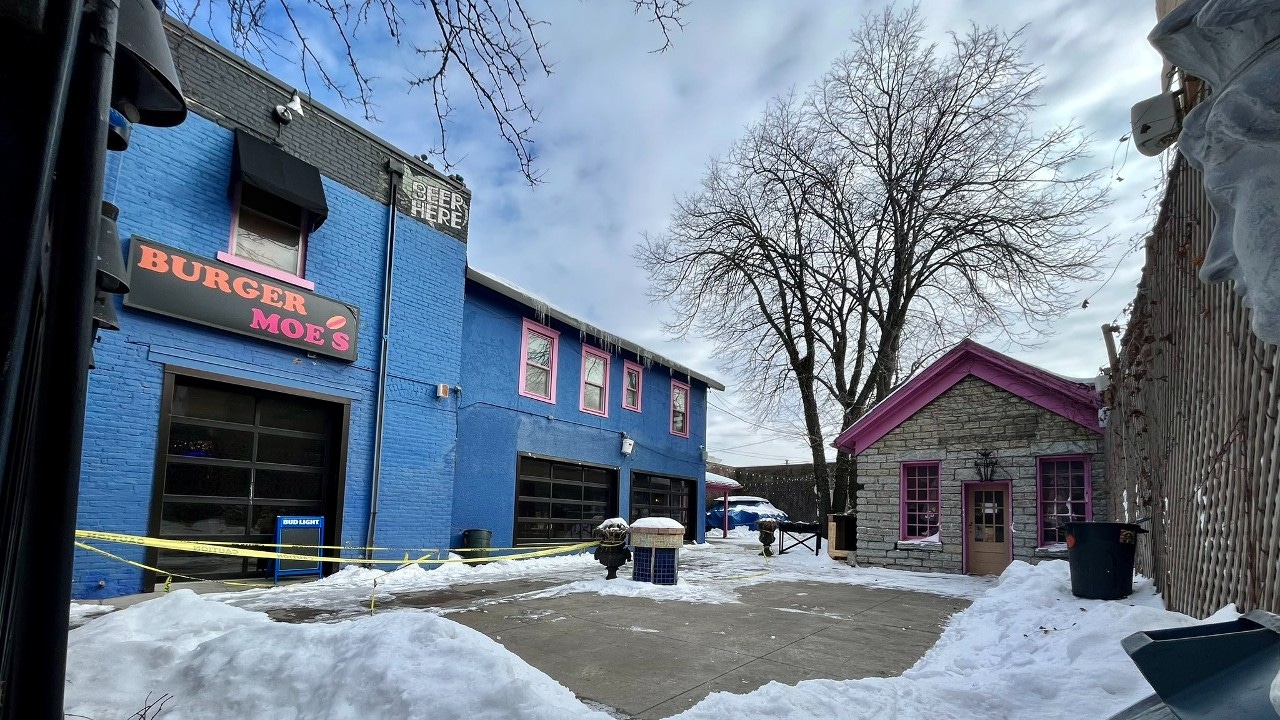 The Justus Ramsey Stone House, right, is cordoned behind caution tape on the patio of Burger Moe's on Tuesday, Jan. 24, 2023, in St. Paul. (KSTP/Renée Cooper)

He joined with fellow activists Tuesday to stand guard outside the structure.

“Even with a judge’s order, we’re forced to have citizens standing on the sidewalk, keeping the city from tearing down its own designated historic landmark,” Schroeder said.

When asked if the city would go against Judge Nelson’s order to keep the house standing, Schroeder responded, “I don’t know. But yes.”

Sharif originally applied for a permit to tear down the structure last fall because of a partial roof collapse. The St. Paul Heritage Preservation Commission denied that permit in an 8-1 vote, but Mayor Carter’s administrative order Monday overruled the commission, saying demolition is necessary due to “structural and public safety concerns.”

The executive order states that an engineering firm advised the Justus Ramsey Stone House “is severely damaged and the structural load capacity is gravely compromised throughout” in September. The firm then recommended that the building be “immediately demolished under the emergency provisions of the Saint Paul Legislative Code.”

The same order says an architectural firm recommended a “shoring sequence” to reinforce the structure, but the firm did not respond to the city’s request for further information.

Mayor Carter’s order states that demolition is necessary due to imminent collapse and the owner, Moe Sharif, refuses to engage in stabilizing or repairing it.

Schroeder and Meg Duhr, board member of the West 7th/Fort Road Federation, told 5 EYEWITNESS NEWS they have a grant-funded plan to move the house down the street to a vacant lot — and the property owner wouldn’t have to pay for a thing.

“It kind of defies logic, in my opinion,” Duhr said when asked why Sharif hasn’t accepted the preservation plan.

5 EYEWITNESS NEWS spoke with Sharif for this story, but he declined to comment. Mayor Carter’s office confirmed it has received the temporary restraining order but did not respond to further questions.

A hearing date has not been set in Ramsey County District Court. Until then, everything is on pause.