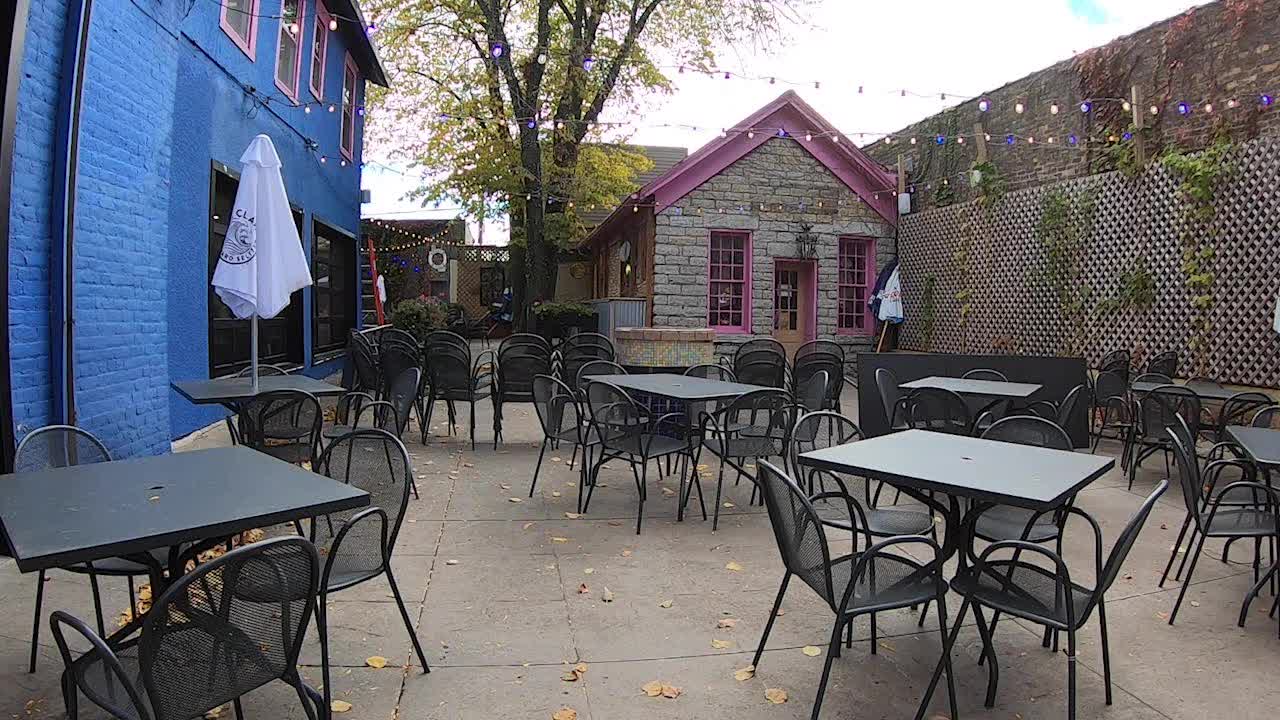 The historic Justus Ramsey Stone House — built in 1852 by the brother of Minnesota's first governor — stands in the patio area of Burger Moe's in St. Paul. The restaurant's owner is seeking to have the building demolished due to structural damage. (KSTP)

The proposed demolition of one of St. Paul’s oldest buildings will now move forward “to protect property and people from harm,” according to an order issued Monday by Mayor Melvin Carter.

The Justus Ramsey Stone House was completed in 1852 and was once home to the brother of Minnesota’s first governor. Now, it’s deteriorating with a partial roof collapse. The structure is contained within the patio of Burger Moe’s on West Seventh Street.

According to the text of that order, in September, an engineering firm advised that the Justus Ramsey Stone House “is severely damaged and the structural load capacity is gravely compromised throughout.” The order recommended its demolition. An architectural firm assessed the structure and recommended reinforcing the building but did not elaborate on how.

With further collapse “imminent” and the property owner refusing “to engage in any way to stabilize the building or to repair it,” Carter concluded demolition is the safest path forward.

Preservationists have fought to save the house, which is listed on three separate historic registers, including the National Register of Historic Places. Some have even argued for it to be moved to a different site if the current property owner won’t act to repair it.