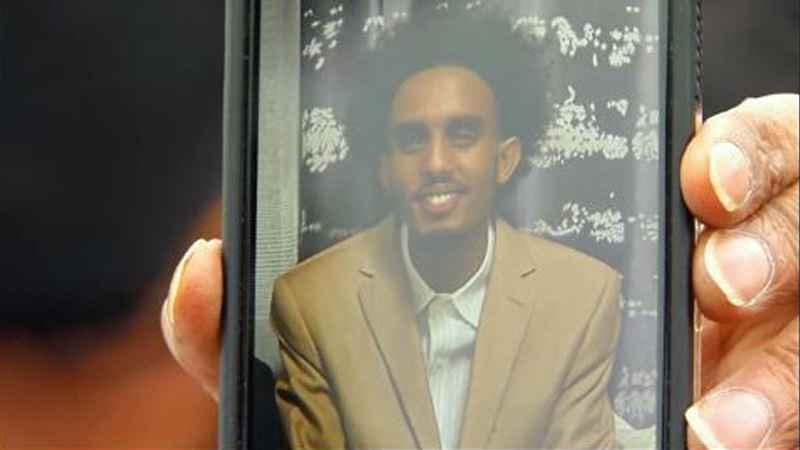 Dakota County Attorney Kathy Keena announced on Friday that the actions of Minneapolis Police officers were justified in the fatal shooting of Dolal Idd in December 2020.

Officers Paul Huyhn, Darcy Klund and Jason Schmitt were cleared in the case.

"Although I have concluded the use of deadly force was justified in this instance, any loss of life is a tragic occurrence and I wish to extend my personal condolences to the family of Dolal Idd for their great loss," Keena stated on Friday.

According to the charging decision, Idd was under a criminal investigation by authorities. A confidential informant arranged to purchase a MAC-10 high speed capacity pistol from Idd on Dec. 30, 2020 at the Holiday Station store located on the 3500 block of Cedar Avenue South in Minneapolis. Officers waited at the location, in both marked and unmarked police vehicles, for Idd to arrive at the location.

Idd arrived at about 6:13 p.m. Officers then approached the vehicle, as well as boxing it in with their squad vehicles, and commanded Idd to stop the car. Idd attempted to move around the officers, but the police boxed Idd’s vehicle in. As the incident was ongoing, an officer yelled out to other law enforcement to be aware of a passenger who was in the car with Idd.

According to the documents, within moments after being pinned in, Idd discharged his firearm through the driver’s side of the window. The bullet struck the hood of an unmarked squad car. Then, officers Huyhn, Klund and Schmitt returned fire, striking Idd. He was declared deceased at the scene. The passenger was not injured.

The passenger told police she was not aware as to why Idd needed to go to the gas station. He asked if they could take her car there to "meet up with someone." She also stated to police she did not know his name, and only referred to him as "Bird." She also believed Idd shot out the driver’s window in the incident.

To see the full charging decision from Dakota County, click here or see below.