Sasha Cotton is preparing to leave her position as Minneapolis’ first-ever Office of Violence Prevention director. Her departure comes amid a recent uptick in violent crime in the city.

Cotton has accepted a deputy director position for the National Network for Safe Communities with the John Jay College of Criminal Justice. The role will allow her to do violence prevention work on an international scale.

Her last day in her current role with the Minneapolis OVP is July 15, according to a news release from the city.

The city reports Josh Peterson will assume the position of OVP interim director and Jennifer White will remain the community and interagency engagement manager. 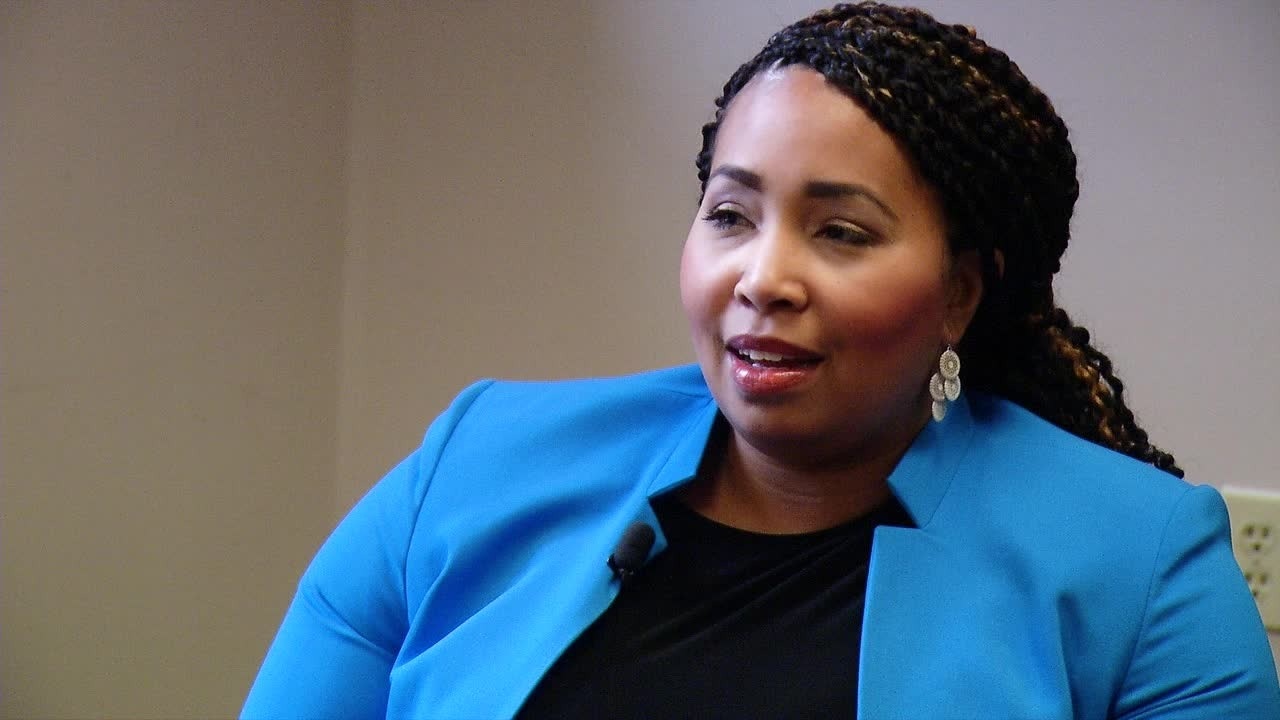 Sasha Cotton, director of the Minneapolis Office of Violence Prevention, sits down for an interview on Wednesday, June 8, 2022. Cotton will step down from her role on July 15 for a position at John Jay College of Criminal Justice. (KSTP)

“It has been some of my highest highs and really hard moments too,” Cotton said. “The last couple of years, cities across the country have seen exponential violence and Minneapolis is certainly not any different.”

Cotton started working on ways to prevent violence in Minneapolis in 2014.

It later grew into a multi-million-dollar budget and a new position: She became the first director of the Minneapolis OVP.

Cotton explained her goal was to create funding and access for underserved communities hit the hardest by violence.

“We funded around 85 programs, and most of those were serving communities of color and led by communities of color. So I felt like some goals were accomplished,” Cotton said. “The people who we’re serving are having better outcomes than their peers who have not accepted services. We’re seeing decreases in their recidivism rates as far as incarceration. We’re seeing increases in their access to education and employment services.”

As violence soars across the state, Cotton explained the leadership that’s left behind is built to move the program forward.

“Although I know my absence will be felt, there are really great people both inside of the city and our partners who are ready to step up to the challenge with me being gone,” she said.

We Push for Peace is an outreach organization that teamed up with the OVP to stop violence before it happens.

“Last year alone, we did 37 funerals,” We Push for Peace founder Trahern Pollard said. “Thirty-seven different families that we’ve assisted and helped and been there for emotionally and mentally.”

The OVP targets hotspots. Then, the community group works to break the cycle of violence in that area.

“We want to try to have preventative measures to prevent that from happening and the way you do that is you have to be present and you have to be consistent,” Pollard said.

Cotton said the city is in good hands following her departure.

“I absolutely am not concerned about the work falling apart,” Cotton said. “I know that the folks on the ground who are doing this work are passionate and committed.”

Cotton is also leading the St. Paul Police Chief examining committee. She said she will stay in this role until the search is complete.