One week after jury selection began, opening statements were made in the trial of a man accused of opening fire at a Buffalo clinic, leaving one person dead and four others injured.

Sixty-eight-year-old Gregory Ulrich is facing multiple charges in the shooting that happened last year. Those charges include murder and attempted murder, as well as setting off pipe bombs during the attack.

Prosecutors say Ulrich opened fire at the clinic because he was angry about the treatment he got there. A former roommate told 5 EYEWITNESS NEWS Ulrich got upset when doctors stopped prescribing him painkillers.

Lindsay Overbay, a 37-year-old medical assistant, was killed in the shooting. 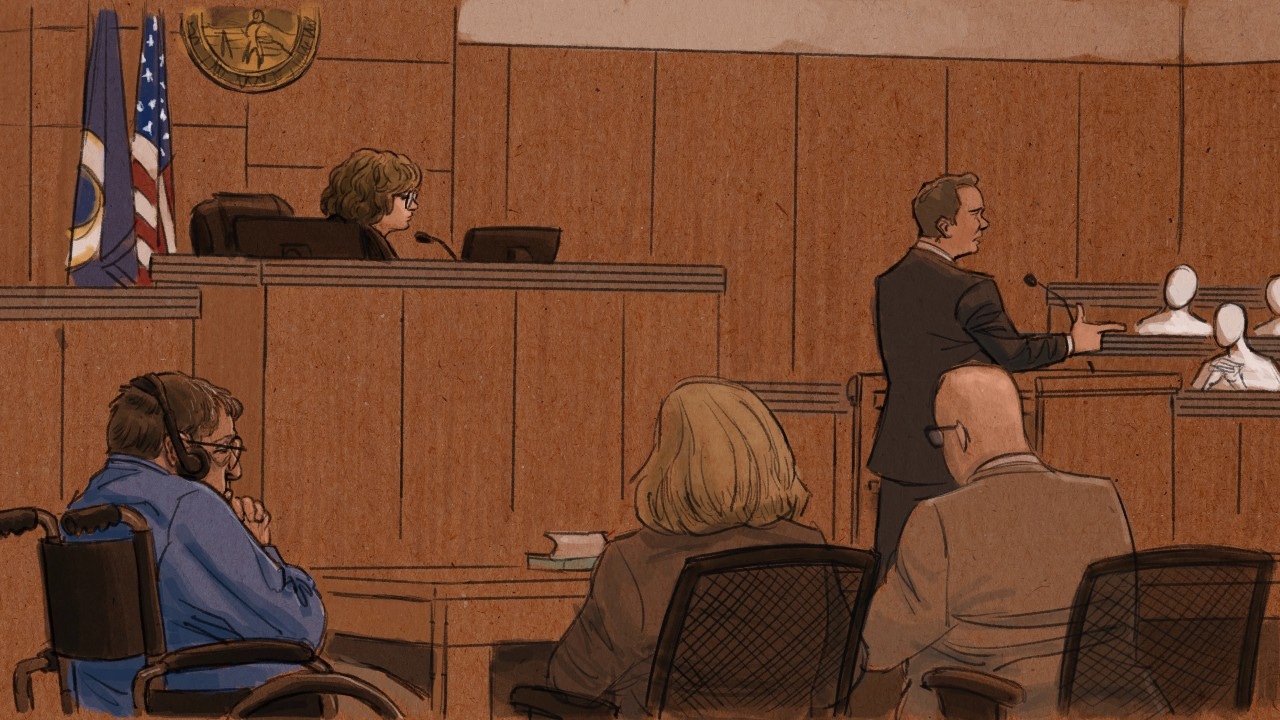 In this sketch, prosecutors give an opening statement on May 23, 2022, as Gregory Ulrich (far left) and his attorneys look on. (Courtroom sketch by Cedric Hohnstadt)

“People suffered, Lindsay Overbay died, that doesn’t mean he went there to kill them,” Ulrich’s defense attorney Virginia Murphrey told jurors Monday. “In fact, he went to create mayhem and tragedy and bring attention to himself and others suffering.”

The defense wants the jury — consisting of eight men and eight women — to consider a lesser punishment for Ulrich.

Prosecutors say most of the attack was caught on camera and will be played for jurors, and the survivors are also expected to testify.

Ulrich was brought into the courtroom last week in a wheelchair when jury selection began.

His defense attorney questioned jurors about the opioid crisis, which gives a glimpse into what the defense team’s arguments in the case may be.

Currently, the court schedule shows the trial is expected to go at least through the end of this week but could stretch into next week.

CLICK HERE for complete coverage of the Buffalo Clinic shooting.