The National Weather Service (NWS) has confirmed a tornado touched down in Coon Rapids Wednesday night.

According to the NWS, an EF-0 tornado traveled for about three miles on the ground.

A large tree was uprooted and blown on top of a deck, and another Coon Rapids home was considered a total loss after a tree split it in half. Luckily, the homeowners and their five dogs were sheltering in the basement after hearing the sirens going off.

Meanwhile, cleanup will continue through the weekend after storms pummeled the state again Thursday night.

A tornado watch was put in effect for western Minnesota early Thursday evening, and extended to cover the Twin Cities metro. However, the line weakened as it traveled east.

The latest round sent wind gusts of 80 mph across Douglas County, ripping up Alexandria. Near Madison, Minnesota, the NWS says a 94 mph wind gust was also reported.

RELATED: Thousands still without power after another night of storms 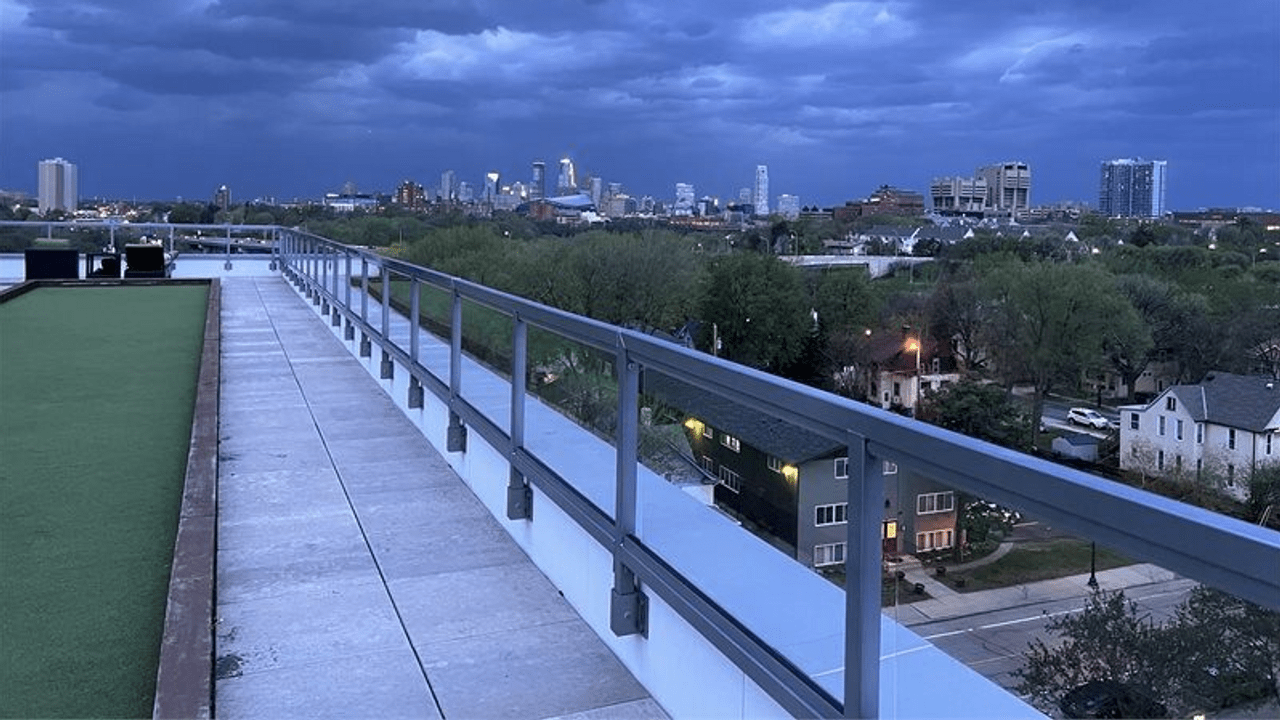 The sky darkens over Minneapolis during statewide storms. Credit: Lori Busby on May 12, 2022

Power lines, transformers, boat lifts and cars were blown over.

One Alexandria woman tells 5 EYEWITNESS NEWS her neighborhood was destroyed.

“Tornado must have come through here. Look at the hood on that car, oh my God,” said TeiAnna Schneider.

“The roof is gone off this house. That whole house is gone. This is scary,” said another community member.

At one point, three tornado warnings were in effect solely for Morrison County.

The Minnesota Department of Transportation (MnDOT) also reported a closure of eastbound I-94 near Alexandria due to overturned semis, who were caught in high winds. In addition, Highway 9 near Benson was closed due to downed power lines.

In Meeker County, the Sheriff’s Office says there were multiple reports of cloud rotation near Litchfield and Dassel, but no reports of funnel clouds hitting the ground.

However, Meeker County officials say a vehicle was washed off the roadway, adding the driver was able to safely get out despite the vehicle being fully submerged.

In addition, a semi was blown off the road in Kingston Township on MN Highway 15 at 305th Street.

The driver, identified as 56-year-old Kenneth Braniecki of Florissant, Missouri, was treated for non-life threatening injuries at Meeker Memorial Hospital.

Authorities say the Meeker County Courthouse received some roof and water damage due to the storm.

No other injuries were reported in the county, according to the Sheriff’s Office.

The NWS says two storm survey crews have been sent to western Minnesota to look at damage.

There are still thousands of people without power Friday morning. Xcel Energy’s outage map showed more than 12,000 customers without electricity in the Twin Cities metro and western Minnesota.

CLICK HERE for a list of major utility companies in the state, where you can find outage maps and track outages in your area.

You can find a complete list of school closures and delays by CLICKING HERE.

Some homes were also flattened, with wind tearing away a roof on the house and destroying a garage next to it.

5 EYEWITNESS NEWS received multiple photos of Thursday’s storms, which can be found in the gallery below.

If you have storm photos and videos you would like to share with 5 EYEWITNESS NEWS, you can do so by CLICKING HERE.