Minnesota reached a milestone in the coronavirus pandemic, administering more than one million COVID-19 vaccine shots.

This comes as millions of doses of the vaccine set to be shipped out nationwide are delayed. The White House said winter storms down south are to blame for the setback. But it’s having an impact in Minnesota, too.

"Both my wife and I are of the older age and have health issues," said Tom Kinley, who lives in Wyoming, Minn.

Frustrated might be an understatement for Kinley, who was all ready for his vaccine appointment on Friday at the Minneapolis Convention Center.

"They told us last night they would send an email if it was canceled. I checked it a little while ago, nothing. I drove 35 miles from Wyoming, Minnesota down here and now they tell me it’s canceled," Kinley said. 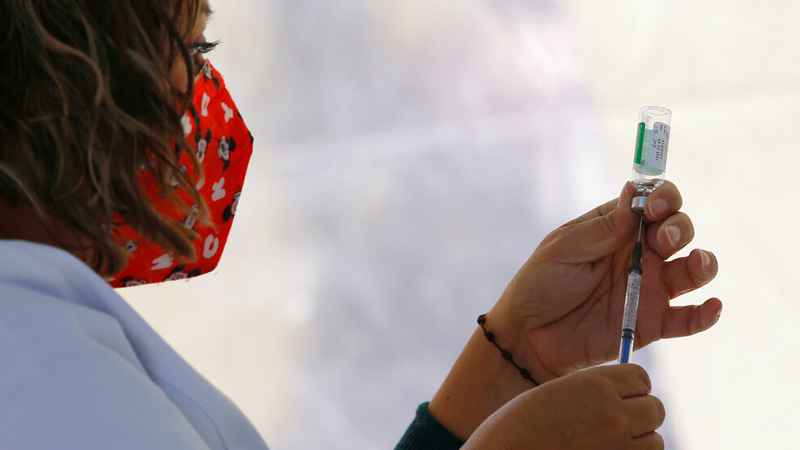 The Minnesota Department of Health said people should’ve been notified of the postponements, and they will be contacted within 48 hours to reschedule.

A major winter storm down south is the issue. The White House said the weather is forcing a three-day delay in shipping about 6 million doses of the vaccine. State health officials in Minnesota admit it’s having an impact on almost all vaccine providers.

"Cancellations for any appointment is really concerning," said Sue Reich, who lives in Chaska.

Reich, like many Minnesotans, is waiting to even schedule her appointment.

"I was really excited so I got online right away to find out what was available and where I could go," Reich said.

Reich turned 65 two days ago so under state guidelines, she qualifies. But she still doesn’t have answers.

"I think you have to be patient but it is worrisome because it’s such an important shot. The alternative is not great to get COVID so it’s hard to be patient," Reich said.

This latest hurdle in the vaccine rollout comes as Minnesota reached a notable milestone — administering more than 1 million shots.

"I think they’ve been doing really good and improving as time goes on," Reich said.

As the state monitors the situation across the country, the White House is confident they’ll be back on track with vaccine deliveries in the next several days.

"I think, once it’s available, I might be able to get in right away, I’m hoping," Reich said.

For anyone waiting now to get their second dose, MDH said you don’t have to restart the vaccine series. It’s OK if it’s a little delayed, but they stressed it is important to get.