The never before seen video evidence played in prime time on Thursday night provided yet another view of what at least one officer described as a warzone on January 6.

“It was like something out of a movie,” Officer Caroline Edwards told the Select Committee to Investigate January 6 during the nationally televised proceedings.

In the weeks and months following that historic day, we’ve learned that at least eight people from Minnesota are accused of joining the mob – most of them are still fighting criminal charges.

One of them is Brian Mock of Minneapolis, accused of beating an officer with his own riot shield. 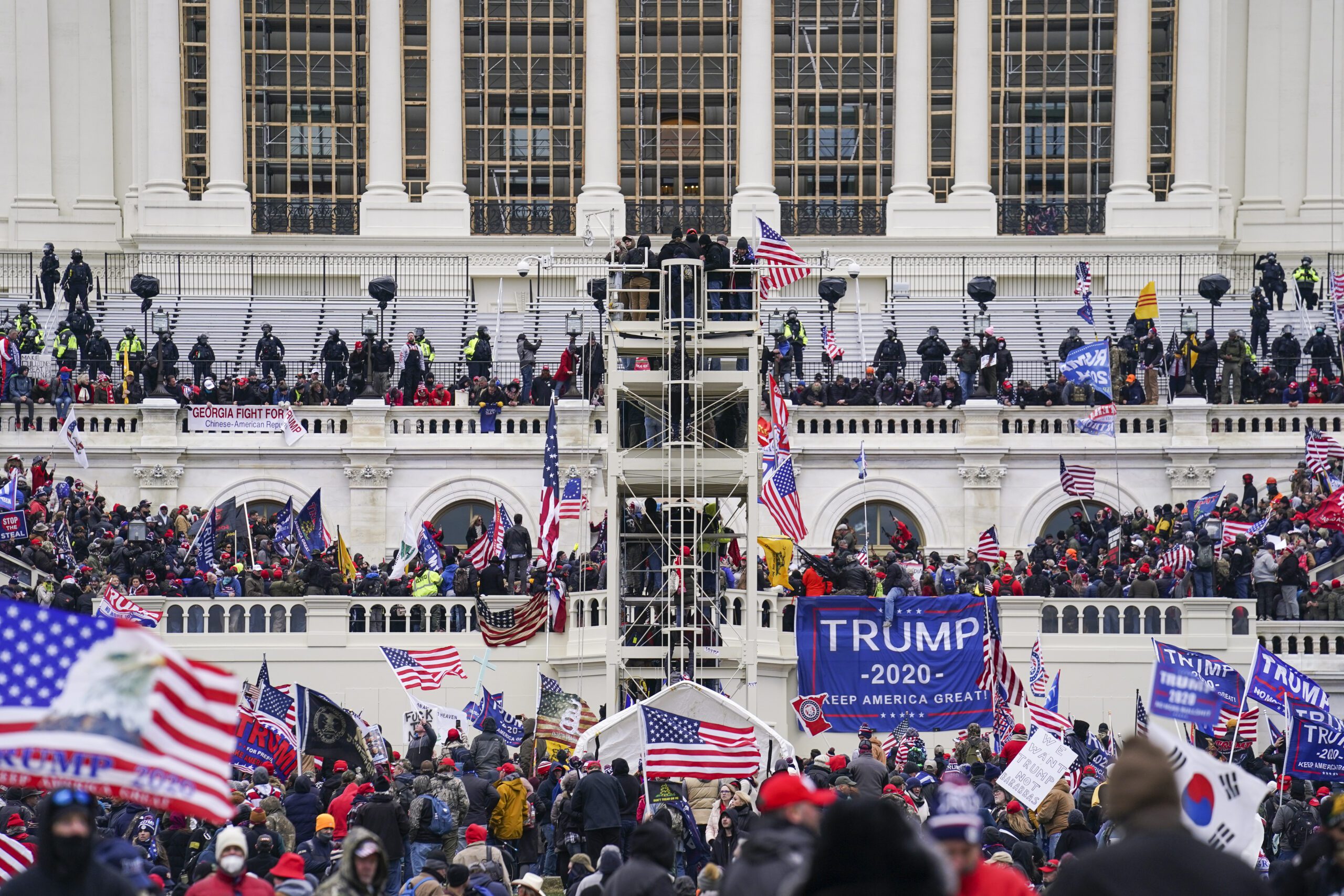 FILE - Insurrectionists loyal to President Donald Trump breach the Capitol in Washington, Jan. 6, 2021. Members of the House committee investigating the events of Jan. 6 will hold their first prime time hearing Thursday, June 9, 2022, to share what they have uncovered. (AP Photo/John Minchillo, File)

Mock is representing himself and was allowed to post bond just last month after spending almost a year in a Washington D.C. jail.

Mock did not return a call to 5 INVESTIGATES but previously told the court in hand-written motions that the officers, not the rioters, were “directly responsible” for “encouraging the unnecessary violence.”

5 INVESTIGATES has heard a similar defense before.

“The government got emboldened,” said Larvita McFarquhar, of Lynd, Minnesota, in an interview with 5 INVESTIGATES that aired on the one-year anniversary of the attack.

McFarquhar says she was on the steps of the Capitol on January 6 but did not go inside. She is not facing any charges. But she spoke out to defend her friend, Victoria White, who is under federal indictment for storming the building.

White is accused of reaching for an officer’s riot shield.

“No, what they were doing was hitting her, and she was protecting herself,” McFarquhar said. “There’s a big difference. Of course, they’re going to lie and say that, that she was going to do these things.”

White’s trial is scheduled for January 2023.

But some Minnesotans involved in the attack have taken responsibility.

Just last month, Daniel Johnson of Austin, Minnesota – along with his father, Daryl, from Iowa – pled guilty and expressed deep remorse to the judge.

The elder Johnson was sentenced to a month in prison, while his son will have to serve four months.