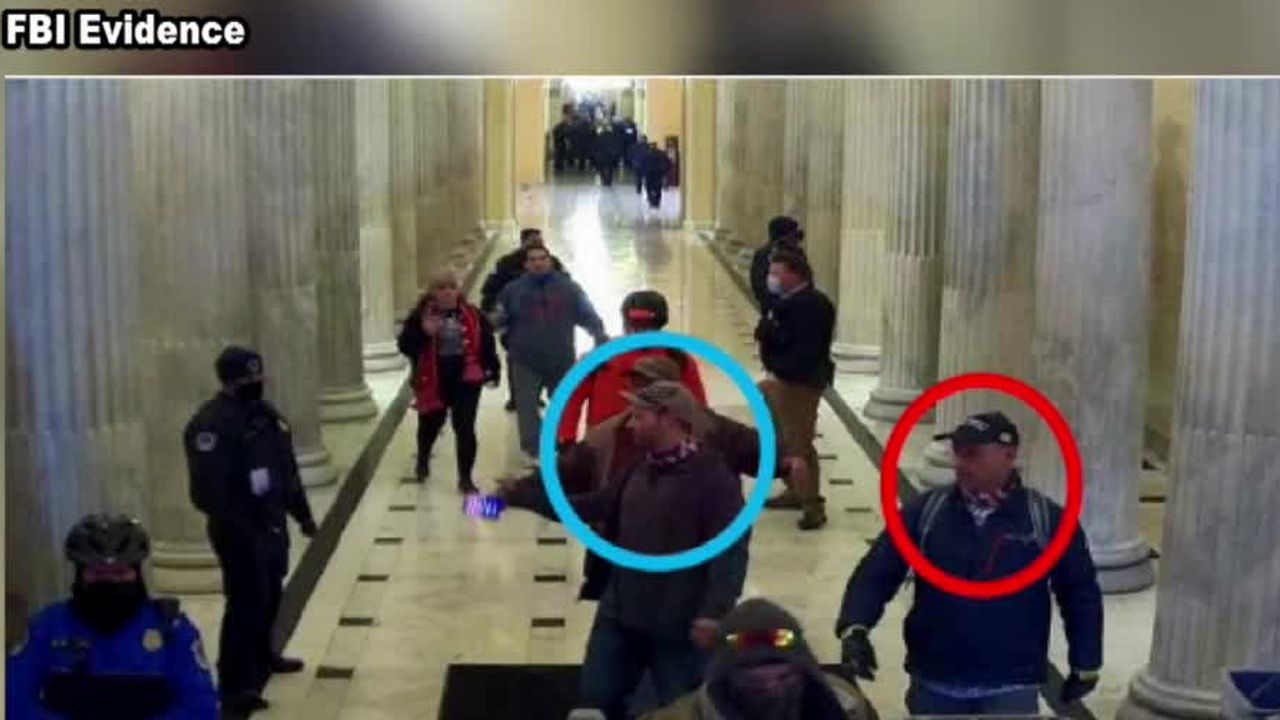 Daniel Johnson is the man circled in blue in this photo provided by the FBI. He and his father, circled in red, have been sentenced after pleading guilty to charges connected to the Jan. 6, 2021 U.S. Capitol riot..

A father and son learned their fate Wednesday after pleading guilty to charges connected to the Jan. 6, 2021 U.S. Capitol riot.

Daryl and Daniel Johnson will each serve time in prison, as well as restitution. Daniel is from Austin, Minnesota, and Daryl is from St. Ansgar, Iowa.

Daniel, the son, will serve four months in prison and also pay $2,000 in restitution.

A judge said he gave Daniel more time in prison due to his criminal history and felt his actions were more egregious.

As previously reported earlier this year, the duo pleaded guilty to a charge of civil disorder, and admitted to entering the building through a broken window and pushed through a police line once they were inside.

In a plea agreement signed in mid-December, the government agreed to drop other charges, including disorderly conduct, entering a restricted building and demonstrating in a Capitol building.

The men also agreed the riot caused an estimated $1.5 million in damage to the Capitol, and they each agreed to pay $2,000 in restitution, court documents indicated.