More ‘fungal growth’ clean up expected at U of M, temporary housing available

University of Minnesota students living at one of campus’ newest residence halls are learning more about what the university is going to do about the fungus growing in the building.

Wednesday, a message was sent to those who live at the 17th Avenue Residence Hall, outlining that Housing & Residential Life (HRL) has received reports from a “number of students” that a “black substance” was found in their dorm rooms.

“We take your health and safety very seriously and are taking the following actions to address these reports,” HRL added in the message.

In a separate statement, sent to 5 EYEWITNESS NEWS, a spokesperson says inspections continued Wednesday and that work to get rid of the fungus will start Thursday — that will include “deep cleaning” as well as “applying a specialty paint on the fiberglass insulation that is designed to prevent future growth.”

5 EYEWITNESS NEWS has connected with a few students who say they’ve been sick for weeks — sharing pictures with us of their vents that show what they fear is mold.

“It’s hard to go throughout our daily functions and have enough energy to do school and everything else that we need to do,” Abby Meinert, one of the freshmen who lives at the 17th Avenue dorms, said, adding she’s missed school because of being sick. 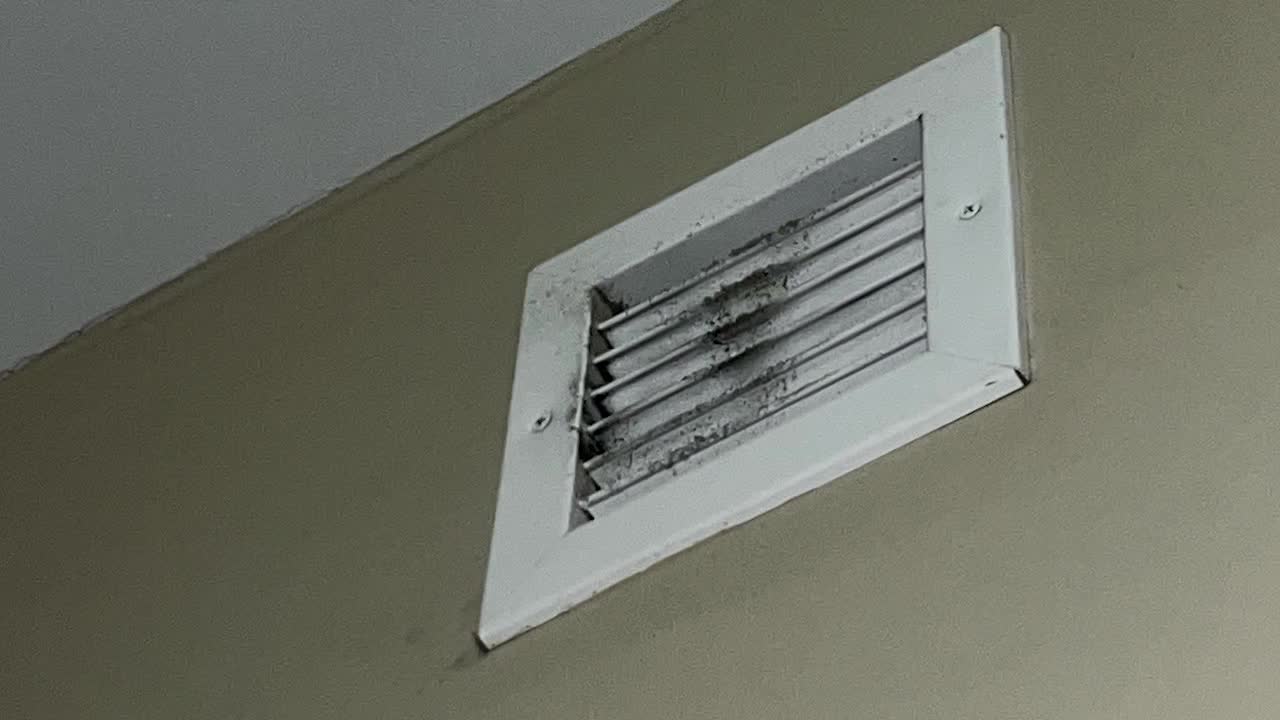 A black substance can be seen on the surface of a vent inside a U of M dormitory (Photo courtesy: Abbey Meinert).

The U spokesperson said we’ll learn more when a public inspection report is done — that is expected in the coming days. Thus far, the university has called what’s been found “fungal growth.”

Allina Health pulmonologist, Dr. Andrew Stiehm — who specializes in lung health — has seen the pictures and says it looks like mold.

“Fungal growth, and mold, can be a problem for the right person, it can cause a significant exacerbation of allergic illnesses,” Dr. Stiehm said.

“I’ve seen people that end up in the [intensive care unit] because of mold exposure and they can end up quite ill with a significant asthma attack as an example,” he said about how severe cases can get, but adds most cases are not that bad.

The university is offering temporary housing — something Dr. Stiehm said should be considered if symptoms begin.

Read the U of M’s full official statement below: