While the University of Minnesota tests fungus found at a campus dorm, sick students fear they’ve been breathing in mold.

In a statement Tuesday night, a university spokesperson reports a “public inspection report is expected in the coming days” after “fungal growth” was found — but for weeks, at least two freshmen that spoke to 5 EYEWITNESS NEWS say they haven’t felt well and a third says symptoms have worsened in recent days.

All three found what they believe is mold in the vents of their dorm room at the 17th Avenue Residential Hall.

“I’ve been pretty sick for my entire time at the [University of Minnesota],” AJ Brenner said.

“Over the past weekend, I started like producing a lot of mucus in my throat to the point where it was really difficult to breathe,” Brenner said, adding about the severity: “I was coughing it up and on Saturday night [I] was coughing up with blood in it.”

Brenner said she’s also experienced bloodshot eyes that have been “crusted shut with mucus” on some mornings — after visiting a campus clinic she was prescribed medication. 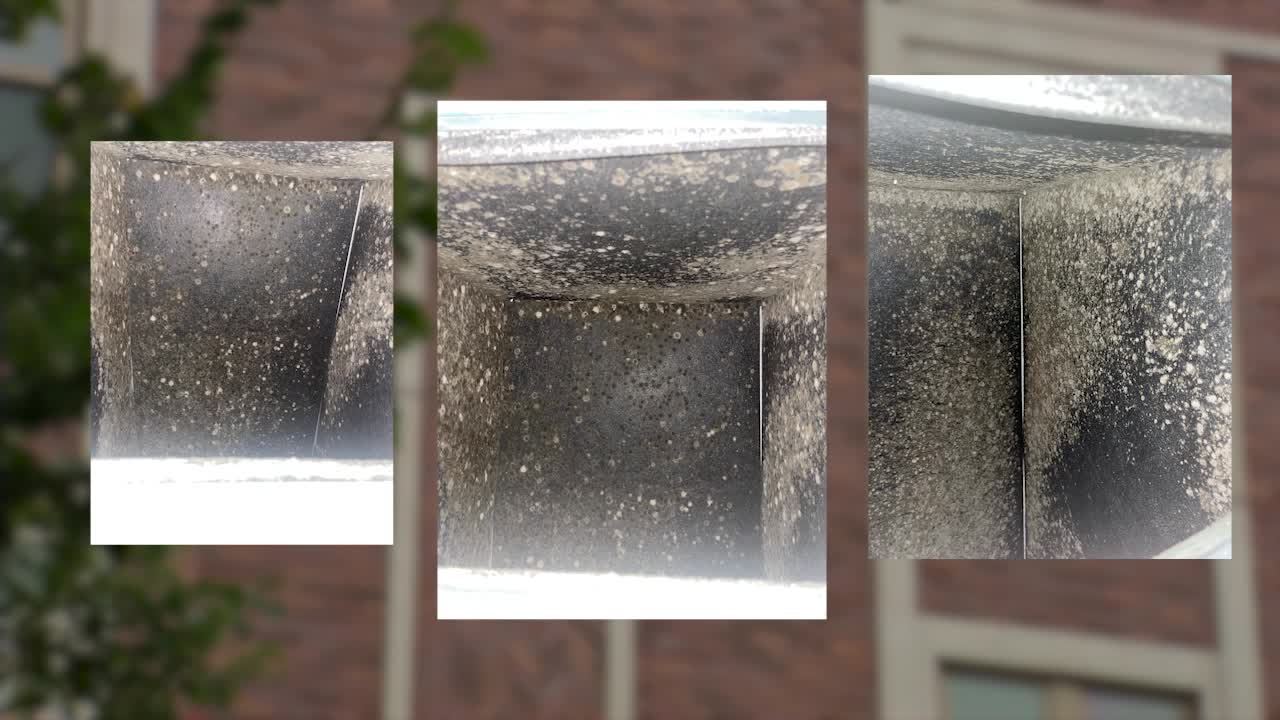 Photos shared with 5 EYEWITNESS NEWS shows fungal growth that is being investigated by the U of M (Photos courtesy of Abbey Meinert and AJ Brenner).

“They didn’t do any blood test or anything for like mold in the blood, but they were pretty sure that it’s a severe allergic reaction to mold,” Brenner said.

The students say a crew has cleaned the vents and said they were shocked when they saw what was in the vents.

“When he came to check the vents, he told us that ‘Oh, we get a lot of this like it’s probably just dust,’” Abby Meinert, one of the freshmen who has not been feeling well, said about the person who cleaned her vent. “He [opened the vent and said] ‘wow.’”

Her mother, Jen Meinert, also spoke with 5 EYEWITNESS NEWS about her concerns.

“I think it’s turned into maybe a larger issue than what we initially thought,” Meinert said.

Adding communication with the university has been limited, and hopes this gets addressed swiftly.

“Our biggest concerns [revolve] around the students and their health. And we hope that action can happen sooner than later and that this issue can be resolved.”

Here is the full statement from the university spokesperson:

Responding to reports that possible fungal growth had been identified in certain areas of the 17th Avenue Residence Hall, U of M Environmental Health and Safety today collected samples and confirmed that there was fungal growth present in those areas. A full and public inspection report, which is consistent with University policy, is expected in the coming days.

Remediation efforts will be discussed and implemented, as needed, including any recommendations shared in the inspection report. Additional testing will continue throughout the residence hall to identify any other instances of fungal growth.

Students with concerns or those who have identified fungal growth in any location inside a residence hall are encouraged to contact Housing and Residential Life or to speak with the Housing staff in their residence hall.