Minnesota pops out in purple for Prince’s birthday

June 7 is Prince’s birthday, and Tuesday, celebrations will be a continuation of events that have been happening for nearly a week.

Minneapolis Mayor Jacob Frey and organizing members of the Crown Our Prince mural will speak in celebration of naming a section of 1st Avenue “Prince Rogers Nelson Way” between 7th and 8th streets.

Speakers will discuss the significance of the mural and the street naming at 12:07 p.m. outside of O’Donovan’s Irish Pub.

The Minnesota Twins will also open gates at 5:30 p.m. for “Prince Night” ahead of their game against the New York Yankees, according to the team’s website.

Gifts will be given to the first 10,000 fans and purchasers of Prince Theme Night ticket packages. 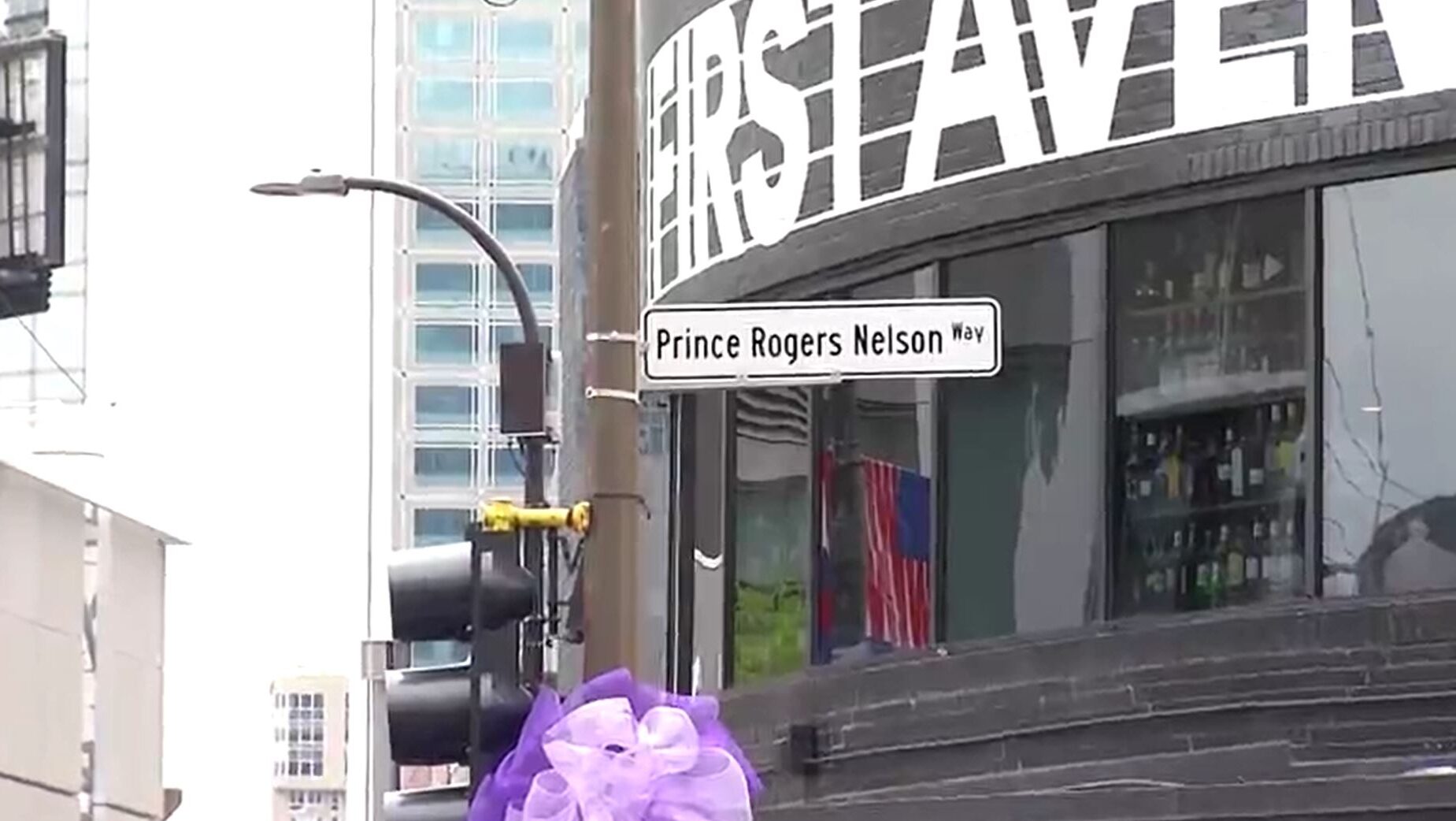 The Twins will also donate to Love 4 One Another Charities and the When Doves Cry Foundation, which was started by Prince’s siblings.

Although Prince was born on June 7, Minnesotans haven’t waited to start celebrations.

The Crown Our Prince mural, which depicts the Minnesota icon across three eras of his career, was unveiled to the public Thursday night.

A Purple Block Party kicked off at 7 p.m. before the mural was unveiled at First Avenue and Eighth Street.

Events continued Friday, including a Prince Q and A session, concerts and a never-seen-before airing of a 1992 Prince concert.

Social media has already begun flooding with tributes to the beloved Purple One, which is expected to continue as fans remember the artist who would’ve turned 64 Tuesday.

The tweet below is from a non-profit Prince fan community.