Minnesota leaders are responding after a bill seeking health care and disability benefits for millions of veterans exposed to toxic burn pits won final approval in the U.S. Senate Tuesday.

The bill centers on lung problems suffered by troops who breathe in toxins and the potential connection between rare cancers and time spent overseas breathing air contaminated by toxic smoke and fumes.

Only 11 senators voted against the bill, which is named after Army National Guard Sgt. Heath Robinson. Robinson was deployed as a combat medic and was diagnosed with an autoimmune disorder and Stage 4 lung cancer before dying in May 2020.

The House was the first to act on the burn pits legislation, approving the bill in March. 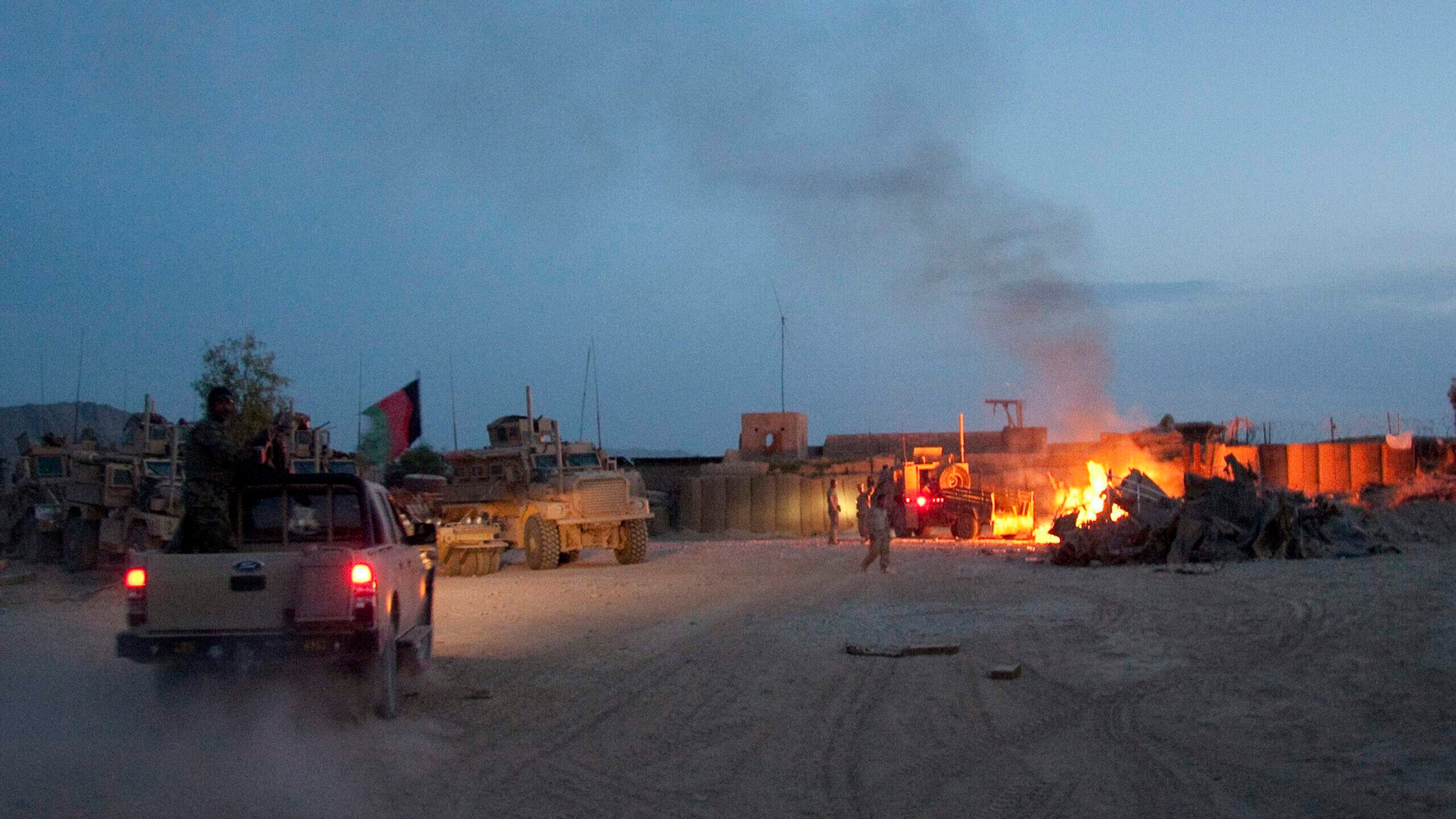 The Senate had overwhelmingly approved the legislation back in June, but a do-over was required to make a technical fix.

That process derailed when Republicans made a late attempt to change another aspect of the bill last week and blocked it from advancing, creating outrage among veterans groups.

EXPLAINER: How health care for vets became fight in Congress

Minnesota Air National Guard member Amie Muller would write to her family about the smoke from nearby military burn pits while serving in Iraq. The 36-year-old mother of three died five years ago from pancreatic cancer, which is believed to be connected to exposure to those burn pits.

“For all the vets that are sick now, it means so much for so many veterans across the country,” Brian Muller, Amie’s husband, said of the PACT Act being approved.

Muller has been advocating for veterans around burn pits, running a foundation in Amie’s name. He’s thankful the Senate finally approved new health and disability benefits for those exposed, saying, “it means everything.”

Veterans advocates say some Iraq and Afghanistan veterans have developed rare respiratory conditions and cancers following their service but the conditions haven’t been recognized by the Department of Veterans Affairs.

The bipartisan PACT Act will expand care and benefits to veterans suffering from more than 20 toxic exposure-related conditions.

“Veterans who were exposed to toxic fumes while fighting for our country are American heroes, and they deserve world-class care and benefits for their selfless service,” VA Secretary and Stillwater native Denis McDonough wrote.

“To say it’s about time is an understatement,” veteran John Mazzitello said.

For 22 years, Mazzitello served in the Air Force and Air National Guard, retiring as a lieutenant colonel after having been exposed to burn pits in Afghanistan.

“I’m very fortunate any symptoms that I may have related to burn pits are mild; there are thousands of veterans who aren’t so lucky,” Mazzitello said. “I celebrate for them getting the help they need.”

Mazzitello also served with Amie Muller while in the 148th Fighter Wing in Duluth.

“To be taken that young is tragic,” he said.

Brian feels her ordeal helped keep a light on a problem felt by many veterans.

“I’m just so happy, I know Amie would be so happy, smiling down, knowing her legacy and story made a difference,” Muller said.

In response to the legislation passing the Senate this week, U.S. Sen. Amy Klobuchar (D-Minn.) posted to social media, saying in part, “Now all of our veterans who have suffered from burn pit exposure can get the care they have always deserved. It should have never been held up. This was always the right thing to do.”

U.S. Sen. Tina Smith (D-Minn.) said, “We have a solemn duty to take care of the men and women who serve in our armed forces. A big part of that is ensuring they can get the health care they need both during and after their service. Americans who cleaned up the radiation-exposed Marshall Islands—where more than 40 nuclear tests took place in the 20th century—have been fighting for proper care for a long time. I’m proud to see this legislation become law and ensure they finally get the care they earned.”

Minnesota American Legion Commander Jennifer Havlick, of Duluth Post 28, issued the following statement in response to the Senate’s approval of the bill:

“The American Legion has pushed tirelessly for this legislation to pass Congress. Legionnaires told their lawmakers again and again to vote for this bill. We are glad to see it pass with bipartisan support. Now, once the president signs it into law, the Legion can move forward with making sure the VA executes the intent of the PACT Act and that these veterans receive timely and effective health care. Our government put them in toxic situations, and our government must not leave them to suffer or die.”

The bill is now on its way to President Joe Biden’s desk; he has previously said he plans to sign it into law.