The Minneapolis Federation of Teachers President Greta Callahan told a rally of 100 supporters Sunday that stalled contract talks with Minneapolis Public Schools are “dangerous and put the district at risk” as a Tuesday morning strike deadline approaches.

“We refuse to let anything happen to our schools that are not going to create systemic change and they are not even pretending to avoid a strike right now in there,” said Callahan.

MPS administrators and school board members were unavailable for comment because contract talks were still underway Sunday night. 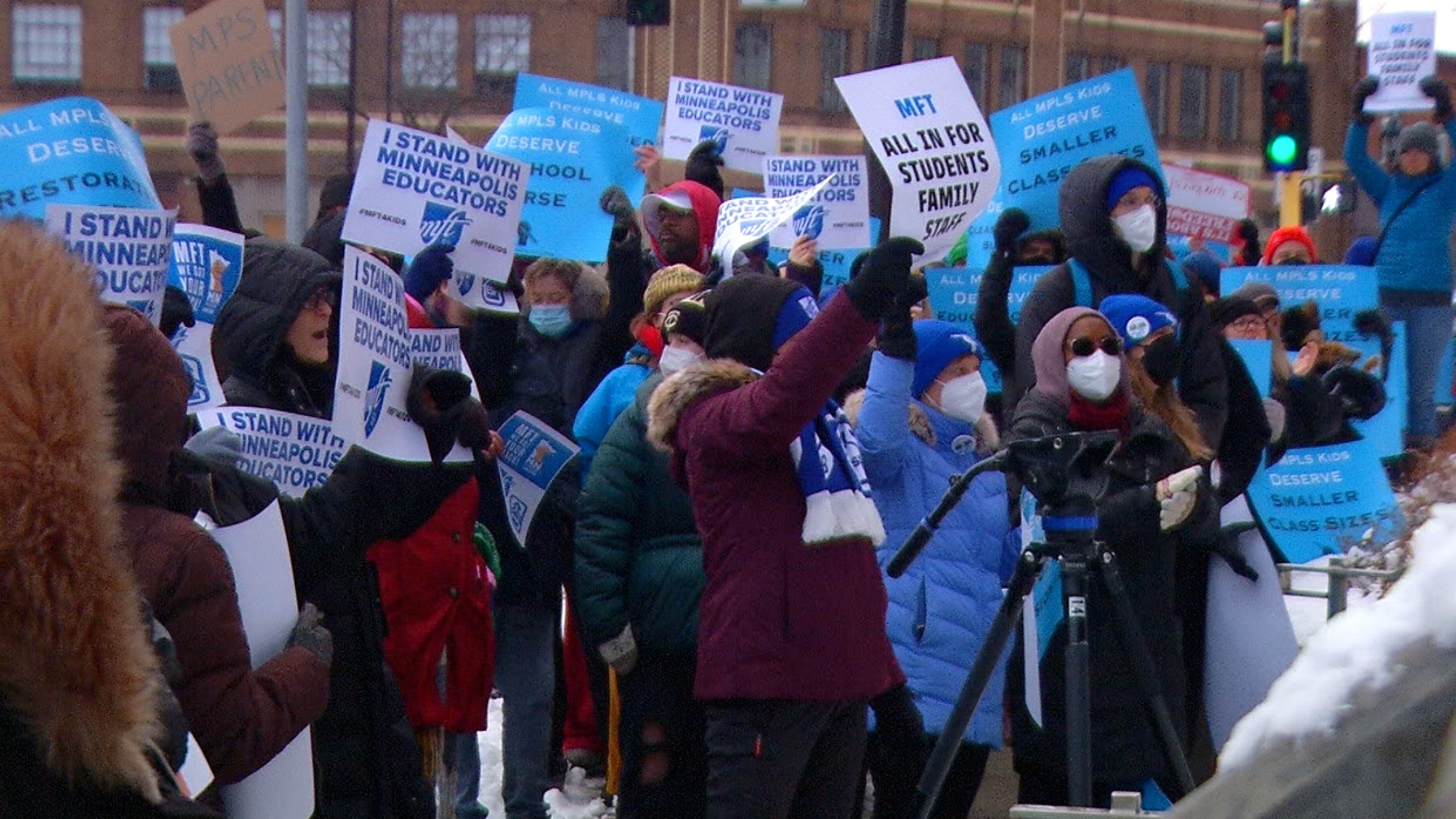 The St. Paul Federation of Teachers has also voted to authorize a Tuesday strike over similar contract demands.

Both school districts have not reported any progress on the weekend negotiations.