Teachers in Minneapolis are striking Tuesday, meaning classes are cancelled at Minneapolis Public Schools until a contract between the union and district is agreed to.

Teachers in the district are expected to picket Tuesday morning now that contract talks have broken down – the first time they will do so in 50 years.

Monday night, the Minneapolis Federation of Teachers walked away from the negotiation table around 6 p.m. to say the strike will happen.

The president of the union says the district won’t bend on their demands, which include upping starting salaries for support to $35,000, increasing wages for teachers and decreasing class sizes. In addition, the union says they would also like to see more mental health support resources. 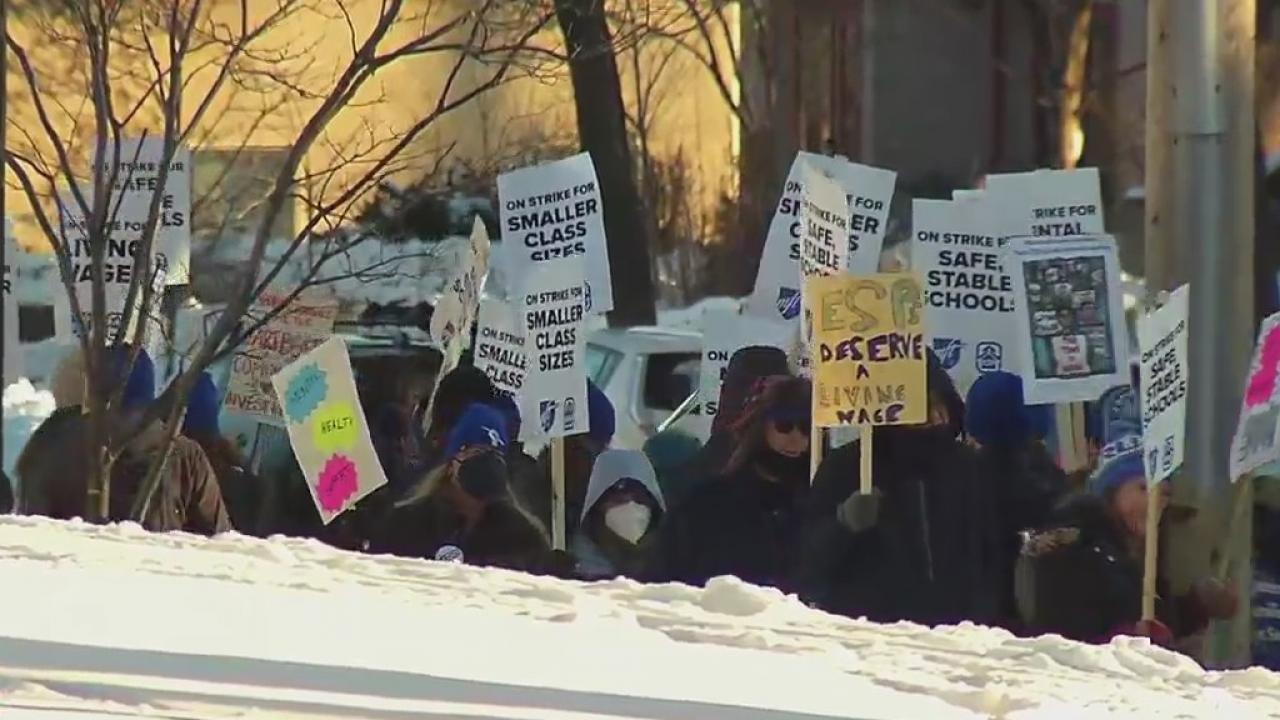 Despite negotiating for weeks – including more than 65 hours last week – the district and union leaders couldn’t find common ground.

“Those of us that are here on the ground floor are here to say our kids deserve better,” said Greta Callahan, President of the Minneapolis Federation of Teachers.

“When we’re short folks, that means our students go without and we can’t accept what has been offered to us on the table when we know that is only going to perpetuate what is happening right now,” adds Shaun Laden, President of the MFT 59 ESP Chapter.

The Minneapolis Federation of Teachers held a news conference as picketing began at 7:30 a.m. Tuesday. You can watch that full news conference in the video player at the top of this article.

Minneapolis school administration issued a statement after the strike was announced Monday, saying it’s disappointing, but that they both share the same priorities and commitment to their students, and that they will continue to negotiate in hopes to keep the strike as short as possible.

Parents are also weighing in as the strike begins.

The Parent Union argues the strike is poorly times after two years of being in and out of classes due to the pandemic.

5 EYEWITNESS NEWS spoke with a teacher on a Facebook live as picketing started Tuesday – you can watch that video above.

According to the Minneapolis school District, there will be limited childcare for elementary age kids starting Wednesday, but the capacity is based on staffing, and will vary from school to school.

Other childcare options include:

Meanwhile, St. Paul schools will be open Tuesday after the district and teachers reached a new contract agreement Monday night. Their union says the new, two-year contracts include language for smaller classes, more mental health support and increased pay. Those union members will have to vote on whether to accept this agreement.