The Minneapolis Police Department will be getting help from two state agencies to bolster crime prevention and law enforcement.

Both agreements are set to run through the end of 2023, although they can be stopped by either party with 30 days of notice.

“Now is the time, before summer is underway, to bolster public safety resources in our city,” Minneapolis Mayor Jacob Frey said in a statement. “Our collective work aligning MPD, State Patrol, and BCA personnel will help improve safety outcomes rightfully expected by residents and visitors in Minneapolis. I’m grateful to Governor Walz for his support in coordinating a joint powers agreement to keep people in our city safe.”

“Minneapolis Mayor Frey and Interim Minneapolis Police Chief Amelia Huffman have asked the state for assistance,” Minnesota Department of Public Safety Commissioner John Harrington stated. “In these dire and urgent times, we all need to work together to keep our communities safe.” 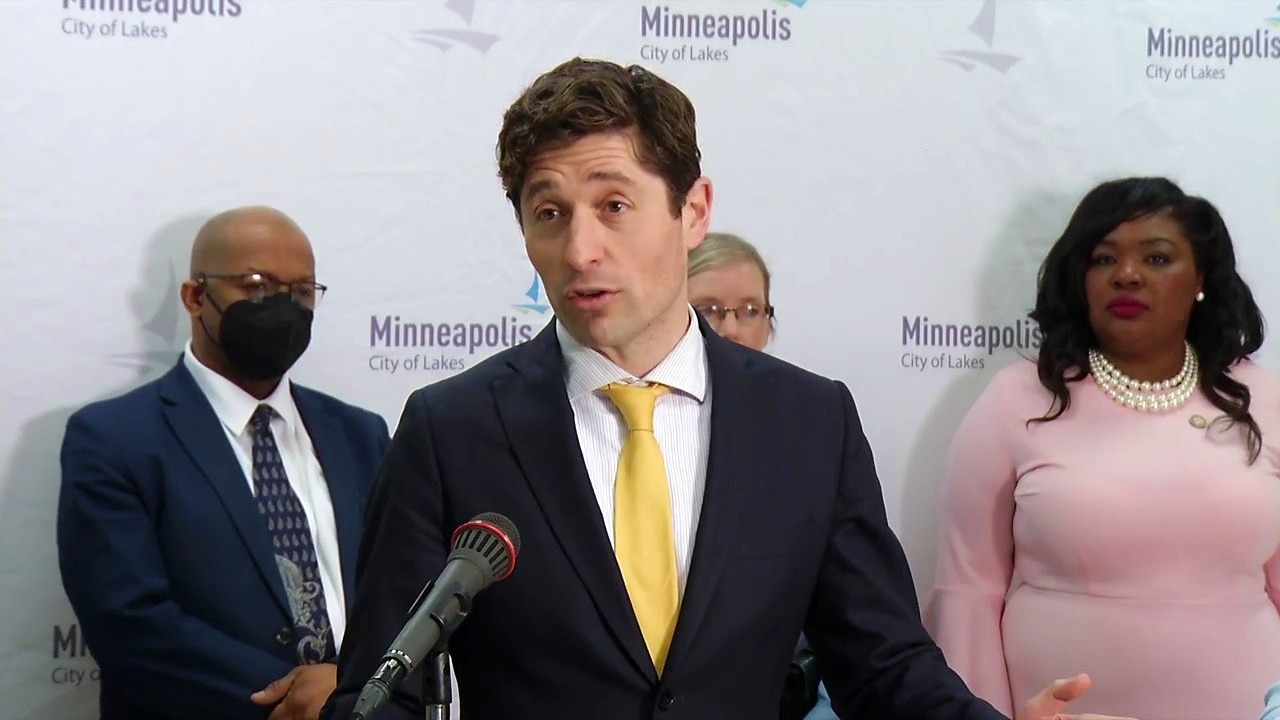 Minneapolis Mayor Jacob Frey speaks during a press conference on May 5, 2022. (KSTP-TV)

More specifically, the State Patrol will help provide high-visibility patrol in targeted areas — including north and south focus zones and areas of focus based on emergent crime — in an effort to deter crime. The North Focus Zone covers the West Broadway Business Corridor while the South Focus Zone will target the Lake Street Business Corridor, according to the city.

Troopers will be there Thursday, Friday, and Saturdays starting at 4 p.m. and will work into the evening to help with criminal violations, dangerous driving and crime deterrence.

The BCA, which has already been integrating its personnel into MPD since last month, will support violent crime investigations, including gun crimes, shootings and carjackings. The city said 13 BCA investigative staff members were embedded into the Minneapolis Police Investigations Bureau as of Wednesday.

The announcement of the JPAs comes a day after the U.S. Attorney’s Office, BCA, FBI and Bureau of Alcohol, Tobacco, Firearms and Explosives detailed a new strategy to crack down on crime in the Twin Cities.

“We know that the courage, selfless service, and compassion that our Minneapolis police officers show every day in their work helps to make a positive difference in people’s lives,” Interim Minneapolis Police Chief Amelia Huffman said. “We are deeply grateful to work with our partners from the State Patrol and the Bureau of Criminal Apprehension. We share one mission: to reduce violence and increase safety and we can achieve better results working together. These collaborative efforts will be key in addressing violence, holding accountable those who choose to harm others, and increasing peace in our city.”

Under the JPAs, the State Patrol will initially provide four troopers and two squads per day from Thursday through Saturday, 4 p.m. to midnight, with a maximum reimbursement of $400,000. The BCA will be reimbursed up to $300,000 for its work.

The Police Officers Federation of Minneapolis supports this move – president of the federation Sherral Schmidt sent the following statement.

We hope the high visibility patrols will be enough of a deterrent to slow the violent crimes that are plaguing the City. We also hope the additional investigative resources will help bring closure to the victims of crimes and that the perpetrators of those crimes will be held accountable by the judicial system.

In a press conference about the partnership Thursday, Mayor Jacob Frey expressed he would be will to extend the partnership and devote more money if it proves successful.

The full news conference can be watched in the video player below.