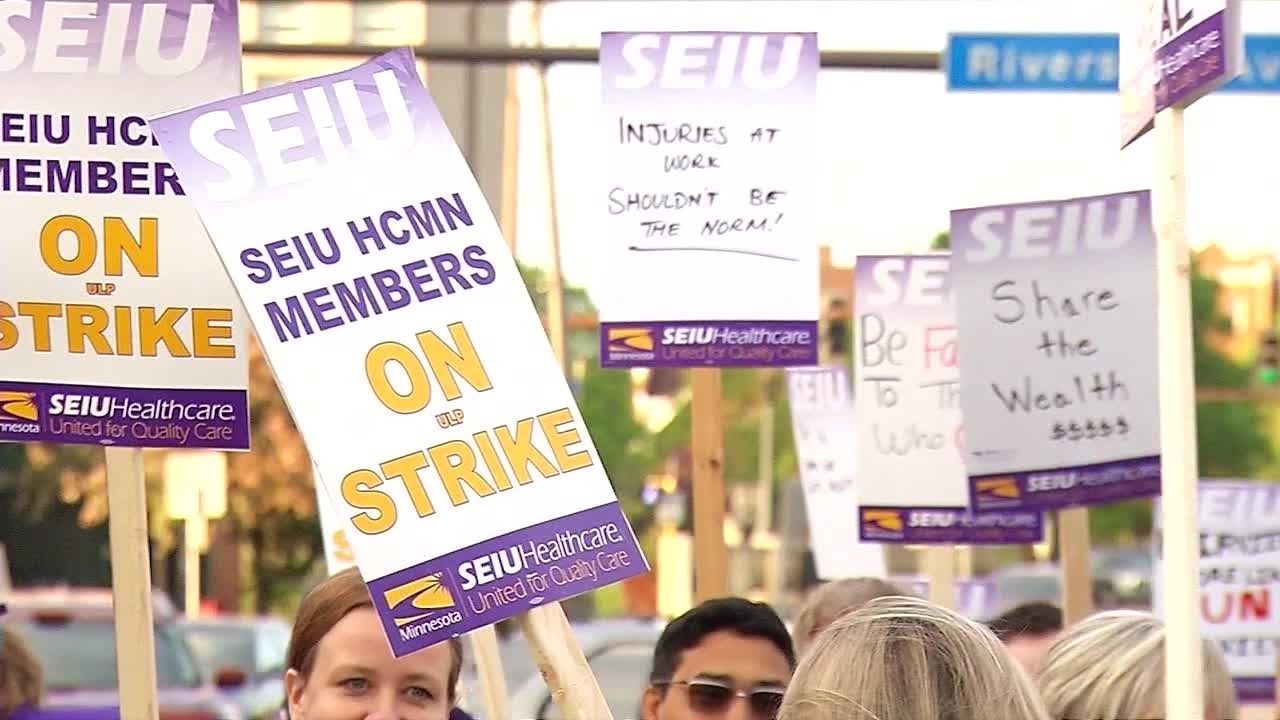 According to a news release from SEIU Healthcare Minnesota & Iowa, M Health Fairview psych associates and behavioral assistants “saw enough movement” following 14 hours of bargaining Wednesday to pull their strike notice for a three-day picket that was set to begin on Monday.

“After 14 hours of bargaining Wednesday, and another date scheduled on Monday, the MHealth bargaining team saw enough movement that they decided to pull their strike notice,” said Brenda Hilbrich, SEIU Healthcare Minnesota & Iowa executive vice president and lead negotiator. “The bargaining team can and will refile the strike notice if needed, but are hopeful they are going to be able to reach a deal.”

In a statement, an M Health Fairview spokesperson said, “We remain committed to reaching a fair and equitable contract that honors our team members and our shared goals.”

Meanwhile, mental health workers at Allina Health are still on track to picket on Monday.

SEIU claims Allina Health “walked away” from a bargaining session on Tuesday and there are no other bargaining dates scheduled until “later in October.”

5 EYEWITNESS NEWS has reached out to Allina Health for a statement.

Mental health workers at M Health Fairview approved a union last September, and Allina Health employees followed suit the next month. Those workplaces went on a one-day unfair labor practices strike in May and have yet to come to terms on their first collective bargaining agreements.