The mayor of Minneapolis is not signing off on a plan that would shrink the Hiawatha Golf Course – giving hope to those who wish to stop the plan.

Last week, the Minneapolis Park and Recreation Board approved the HGC Master Plan– the plan reduces the number of holes from 18 to nine and help with flooding concerns. It would also create room for more recreational activities while restoring some of the environment.

Following a meeting with community members after the vote, out of respect for the Black golfer community, Mayor Jacob Frey’s office says he will not sign the action surrounding the MPRB’s approval of the Master Plan — setting it up to be approved by default. Mayor Frey could have vetoed it, but didn’t — even so, those fighting to keep the 18 holes and preserve its cultural significance say it still sends a message.

HBC became the first course in the city to open its doors to Black golfers – last year the clubhouse was named after the man who fought to end the course’s segregation policy in the 1940s and 50s, Soloman Hughes.

“[Mayor Frey] gets it, he understands [and] we thank him for that,” Jim Erickson, with Solomon Strategies Group, said. 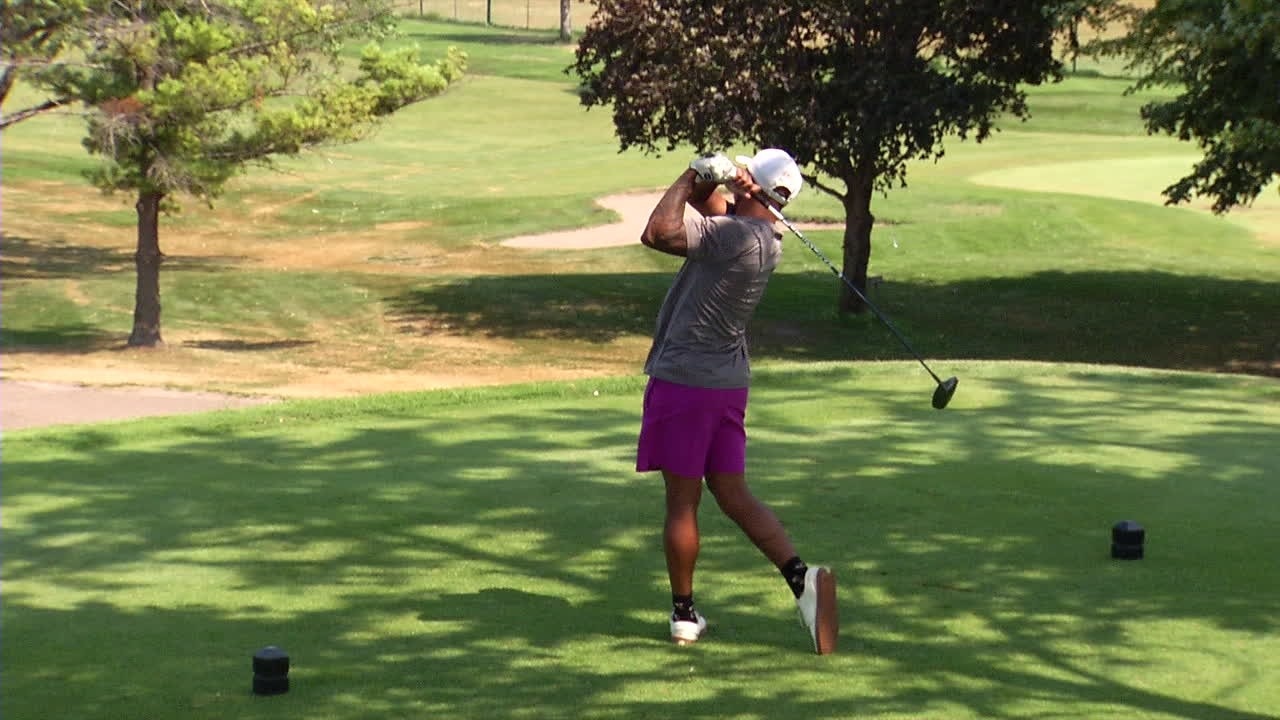 A golfer tees off Wednesday, July 20, 2022, at Hiawatha Golf Course in Minneapolis. (KSTP)

Erickson is representing a group of community golfers called the Coalition of 100 African Americans. He says Mayor Frey’s lack of support is only the start for those in favor.

“If it’s designated, it’s very difficult to get public funding for a project like that,” Erickson said about the course making it on the national registry.

According to the MPRB, the estimated cost is around $43 million. The park board says the board will seek grants, donations, and other funding sources – it also says a number of partners will be required that could include the city of Minneapolis.

One Minneapolis City Council member that is well aware of the Master Plan is LaTrisha Vetaw – she was on the last park board that rejected this same plan.

Council member Vetaw didn’t support it then, and doesn’t now.

“This city has a lot of work to do to heal with the black community and erasing history is not how you start doing that at all,” Vetaw told 5 EYEWITNESS NEWS.

When asked about Mayor Frey’s stance on the plan, the MPRB referred us to park board superintendent Al Bangour’s statement following the board vote last week.

Superintendent Bangoura stated in part the plan maintains a nine-hole course to preserve play and its history, while creating room for more recreational activities.

Also acknowledging, “that the vote to move forward with the Hiawatha Golf Course Master Plan has real racial consequences. There is no way around that. The long and well-documented history of racism and the generational trauma it inflicts still manifests in the inequities felt today, here in Minneapolis and in our park systems nationwide. As a Black man, I understand why there is hurt, distrust and anger around the plan approve.”

Adding he’ll be directing those involved – including staff, engineers and community members – to find ways to honor the cultural legacies of the course.