Loved ones search for answers, closure in murder of Minnesota National Guard member

That placard and the rock garden around it are a kind of memorial to the National Guard member, killed three years ago this weekend.

It was at the corner of Southeast Seventh Street and Southeast Fifth Avenue where Cisse was found stabbed to death.

“So he was left in the streets bleeding, and it’s a sad story because he had so much potential,” Soumare explains. “He’s an inspiration, and it’s sad, but we have hope.” 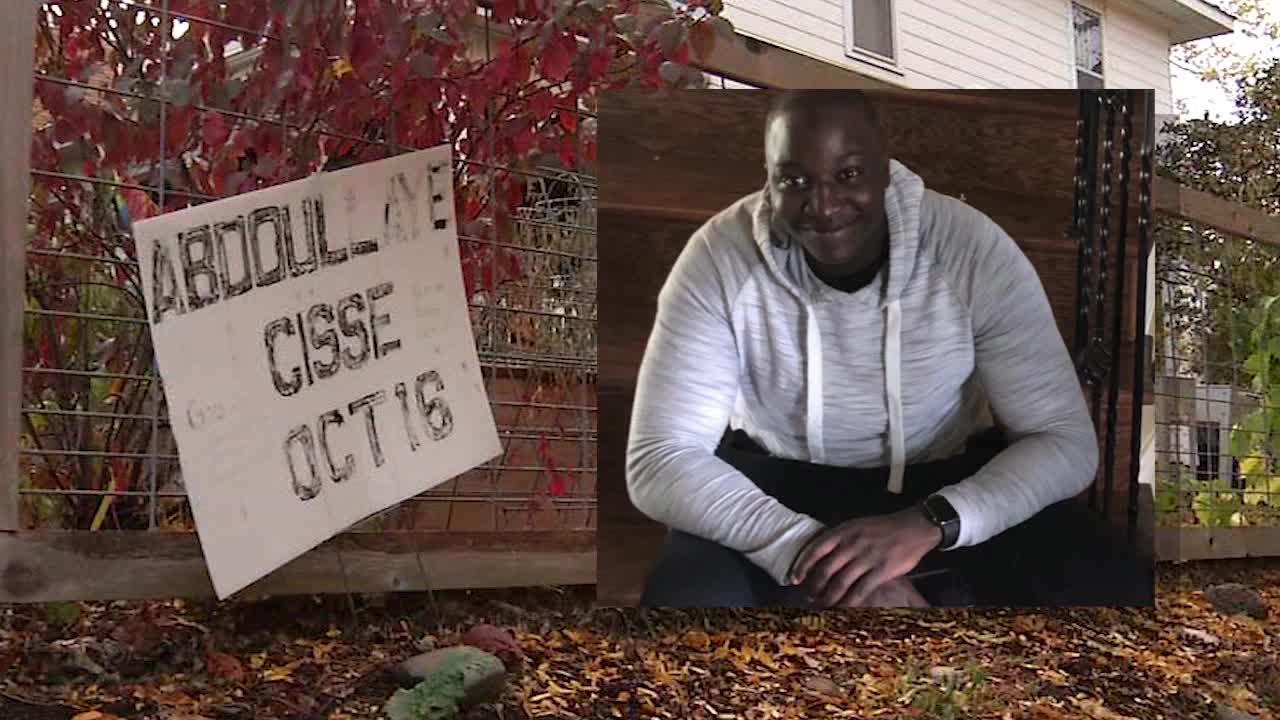 Police are not releasing information or suspects.

But family members believe Cisse, walking home around 4:30 in the morning, encountered someone vandalizing some cars and tried to stop it.

“It appears he saw maybe some folks doing some vandalizing a car or something, and he kind of stood up to them,” Soumare says.

Stella Evans’ front porch is just steps away from where Cisse was found, near the apartment he shared with his sister.

It was his 27th birthday.

“He is not — was not — the type of person who would see a crime happening and simply stand aside and let it happen,” Evans says. “We were having a rash of break-ins in vehicles at that time. The individual who was breaking in was using a long, sharp implement to break into vehicles.”

An MPD spokesperson says the investigation into Cisse’s murder remains “open and active.”

Police say the department has evidence in the case and is “hopeful that a break will occur that links that evidence to the identity of the assailant.”

Cisse is buried in Senegal. Half his family lives there, the other in Minnesota.

Soumare is among the family and friends who are planning to meet in the Marcy-Holmes neighborhood on Sunday to pass out leaflets and canvass door-to-door to look for fresh leads.

“Abdoulaye’s life is still with us. We think of him on a daily basis and we haven’t given up,” he declares. “We go to the place every year. It’s almost like a pilgrimage. Every year people go there and talk to the neighbors. I do hope eventually, the police will have a breakthrough.”

Minneapolis police are asking anyone with information to call Crime Stoppers at 800-222-8477 or submit an anonymous tip online.

They say info leading to an arrest and conviction may be eligible for a reward.

Meanwhile, Evans says she and her husband hope to make the memorial a permanent one.