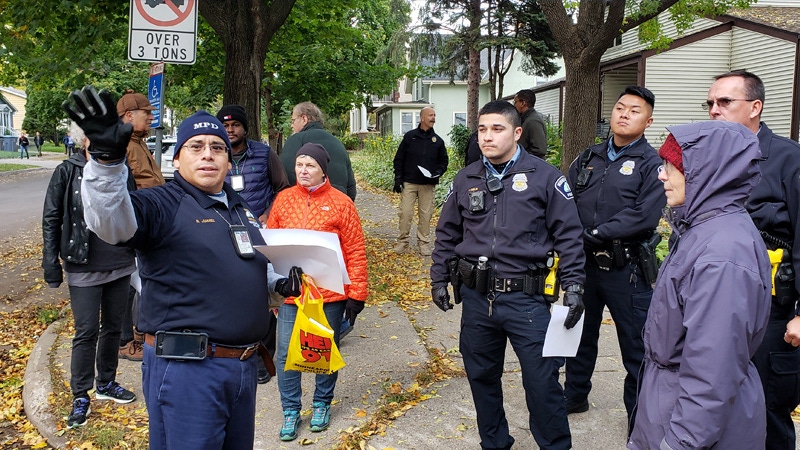 Authorities say one person is dead following an assault Wednesday morning in the Marcy-Holmes neighborhood.

The Minneapolis Police Department said officers were called at about 4:30 a.m. to the area of Seventh Street SE and Fifth Avenue SE. A resident, who also happens to be an ICU nurse, did what he could until first responders arrived.

Officers found a man who had suffered from a chest injury. He was transferred to Hennepin County Medical Center, where he was pronounced dead.

The Hennepin County Medical Examiner’s Office identified the man as 27-year-old Abdoulaye Cisse, of Minneapolis. An autopsy confirmed his manner of death as homicide. An investigation has been launched.

Police said investigators have spoken to several people who live in the area where the incident took place, but as of Wednesday night, no one has been arrested.

According to city records, Marcy-Holmes is the safest neighborhood in the city. On Wednesday, longtime residents showed how seriously they take their safety. They walked the walk and talked about the most recent brutality, which brought neighbors together in lockstep with police for a safety patrol.

“Any loss of life in such a violent way is sad, as a community we will focus on healing and help police anyway we can,” said Cordelia Pierson, the head of the Marcy-Holmes Neighborhood Association.

Inspector Todd Loining oversees policing of the 2nd Precinct, and he joined the safety walk Wednesday.

“We owe it to this victim and his family to bring justice,” Loining said.

About two dozen folks set out to cover as much ground as they could, making connections, gathering information and passing along some as well. The safety walk was meant to be seen by as many people as possible, as a creative effort at crime prevention.

So far this year, there have been four reports of sexual assaults, a shooting, the attempted abduction of a woman taking out trash behind her apartment complex and now Cisse’s homicide. There has also been a staggering increase, double the number of auto thefts and burglaries.

“What can we do to try and make it safer, feel more comfortable coming out at night,” wondered Erika Langford, a longtime resident of Marcy-Holmes.

The neighborhood association will continue to hold weekly walks with police through November. Plus, a community safety meeting is set for Oct. 22.

Anyone with information about the homicide is encouraged to call CrimeStoppers at 1-800-222-8477.