Economic uncertainty grows as the Russian attack on Ukraine continues. The United States and European allies have increased sanctions against Russia, including blocking Russian banks from the SWIFT financial messaging system.

By Monday, Russia’s Central Bank more than doubled interest rates to 20 percent and closed the stock market early to avoid a crash. The ruble also plunged to a record low.

“We’re basically going back to something that’s almost Soviet Union-like in the way the Russian economy is going to be structured,” said Gary Krueger, the Cargill Professor of International Economics at Macalaster College. “A closed economy that’s not globalized, that’s not interacting. You’ve seen all of the air space is shut down. In the old Soviet Union, there was basically very little foreign trade, very little foreign tourism.”

Krueger has visited Russia and Ukraine many times over the last 30 years as he’s studied Soviet and transition economics. He explained Minnesotans will feel the effects of this conflict.

Read KSTP’s full coverage of the attack on Ukraine 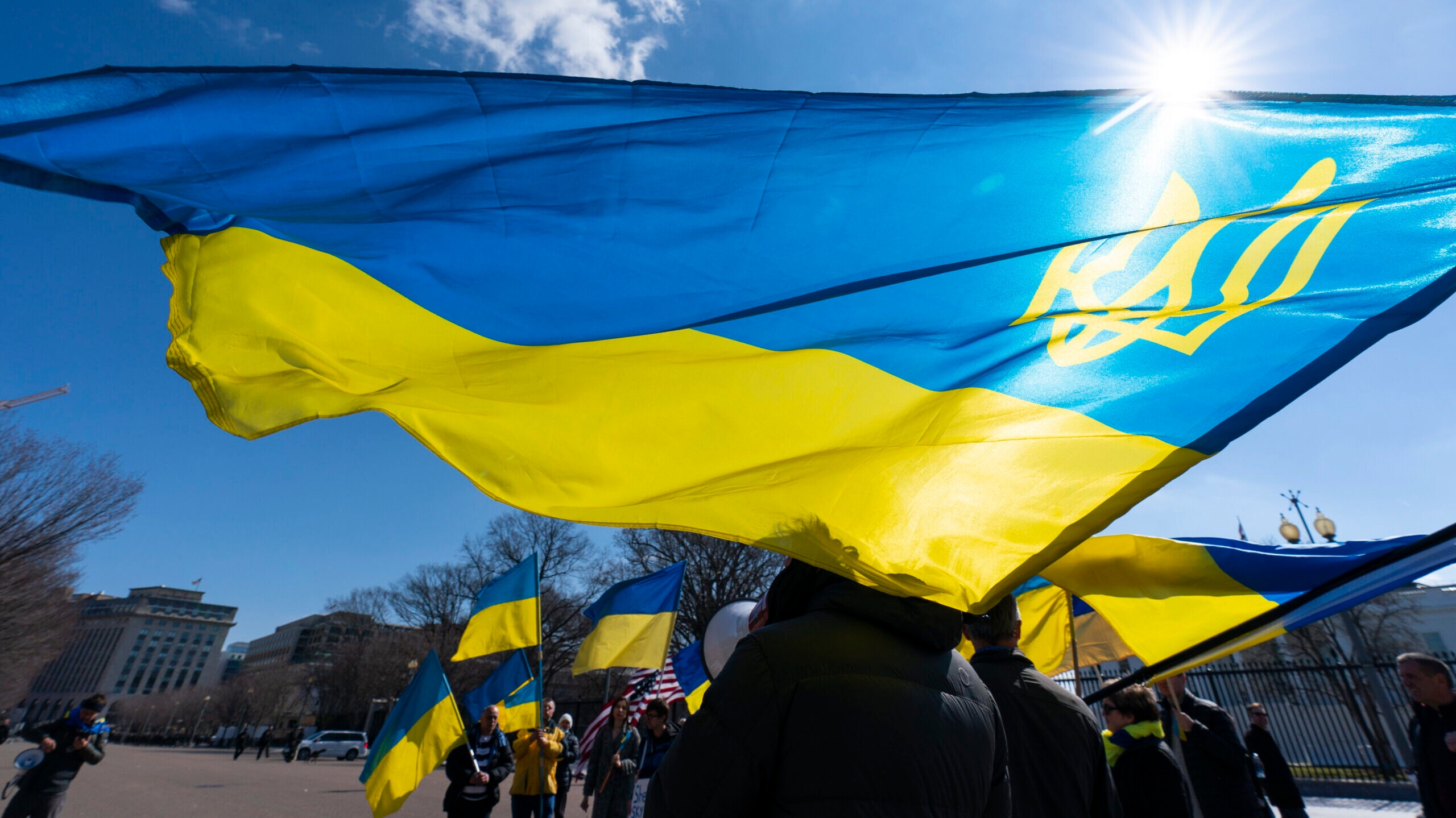 Activists rally against Russia's invasion and war in Ukraine during a protest in Lafayette Park near the White House, Monday, Feb. 28, 2022, in Washington. (AP Photo/Alex Brandon)

Tim Kehoe, an economics professor at the University of Minnesota, agrees.

“It will have a beneficial effect on Minnesota farmers because grain prices are nearly record-high levels and I think they can go higher,” Kehoe said. “That’s because Russia and Ukraine are both major exporters of wheat. It’s going to affect soybean prices, it’s going to affect corn prices.”

Keheo explained the supply chain has been disrupted.

“It means that the people buying wheat from Minnesota farmers are going to be offering them a lot more money,” he said. “The right thing for them to do for themselves and our economy is to raise their prices but it’s going to hurt us – I’m not a farmer and it’s going to mean that I’m paying more for food.”

The timing of how long Minnesotans could be feeling the effects of the crisis is hard to determine, according to Keheo.

“A big problem with the whole conflict is the uncertainty involved,” he said. “This crisis could, if President Vladimir Putin of Russia continues to display what we could describe as big overreach, maybe irrational behavior, if he continues in that direction, this could cause a major economic downturn. I think it’s inevitable it’s going to do that for Europe and you know the European Union is a major economic player.”

A spokesperson for Minnesota Employment and Economic Development told 5 EYEWITNESS NEWS it’s too early to tell whether DEED is seeing any economic impact for Minnesota trading partners in Eastern Europe.

The Minnesota Management and Budget office told reporters on Monday they were finalizing the state budget forecast as the invasion started.

“None of this was anticipated a month ago,” said Jim Schowalter, the commissioner of Minnesota Management and Budget. “You look at the oil prices anticipated in this forecast, they’ll become higher. You look at markets, financial markets, they’re going to be unsettled.”

Schowalter said the state is in good shape despite the uncertainty. He announced the projected budget surplus for the current biennium has increased from an anticipated $7.7 billion in November to $9.25 billion.

“If we do encounter problems in the next 16 months, our budget outlook is strong and we’re in a much better place to start working,” he said.