Both the abortion rights supporters and opponents of legalized abortion see the potential overturning of Roe vs. Wade as an opportunity to generate enthusiasm and voters in the November midterm elections. Our new KSTP/SurveyUSA poll gives both sides reason to believe that even while it’s unclear what the true impact might be.

“What really matters is when you ask a more specific opinion as this survey did about when abortion should be permitted and there you see big divisions among Minnesotans,” says Carleton College political analyst Steven Schier.

Both opponents and supporters of abortion rights are convinced any move to overturn Roe vs. Wave will help their side. 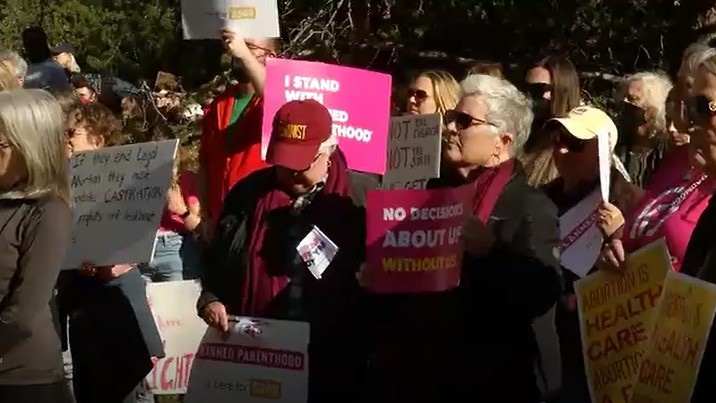 The Minnesota Family Council, a leading opponent of abortion rights, says their side is also energized.

“Pro-life voters are more excited as you could imagine than they’ve been in generations,” Moses Bratrud, communications director for the Minnesota Family Council told 5 Eyewitness News. “Turnout is going to be stratospheric.”

Schier says he’s skeptical about how many new voters will turn out because most people with strong opinions on abortion are already regular voters. According to our survey, 33% say the abortion issue is “very likely” to impact their vote while 31% say it will “somewhat” of an impact. A combined 23% say it will not very likely or not at all have an impact on how they vote.

SurveyUSA interviewed a representative cross-section of 725 Minnesota adults online 05/05/22 through 05/10/22, using sample provided by Lucid Holdings LLC of New Orleans. The pool of adult survey respondents was weighted to US Census targets for gender, age, race, education and home ownership.