A judge is ordering the Minnesota Department of Human Services to explain what it is doing to move dozens of people out of jails and into hospitals for mental health treatment.

The order from Scott County Judge Chris Wilton last week comes after at least two people sued DHS for violating a state law. It requires the agency to transfer inmates to a state hospital no more than 48 hours after they have been civilly committed to treatment for mental illness.

DHS confirms there are currently 62 people on its “priority admissions” list who are waiting in jails for a state hospital bed.

Judge Wilton, who blasted DHS for repeatedly violating the law, is now requiring the agency to provide monthly reports on every person sitting in jail instead of a hospital, including “evidence demonstrating the resources utilized with regard to these cases.” 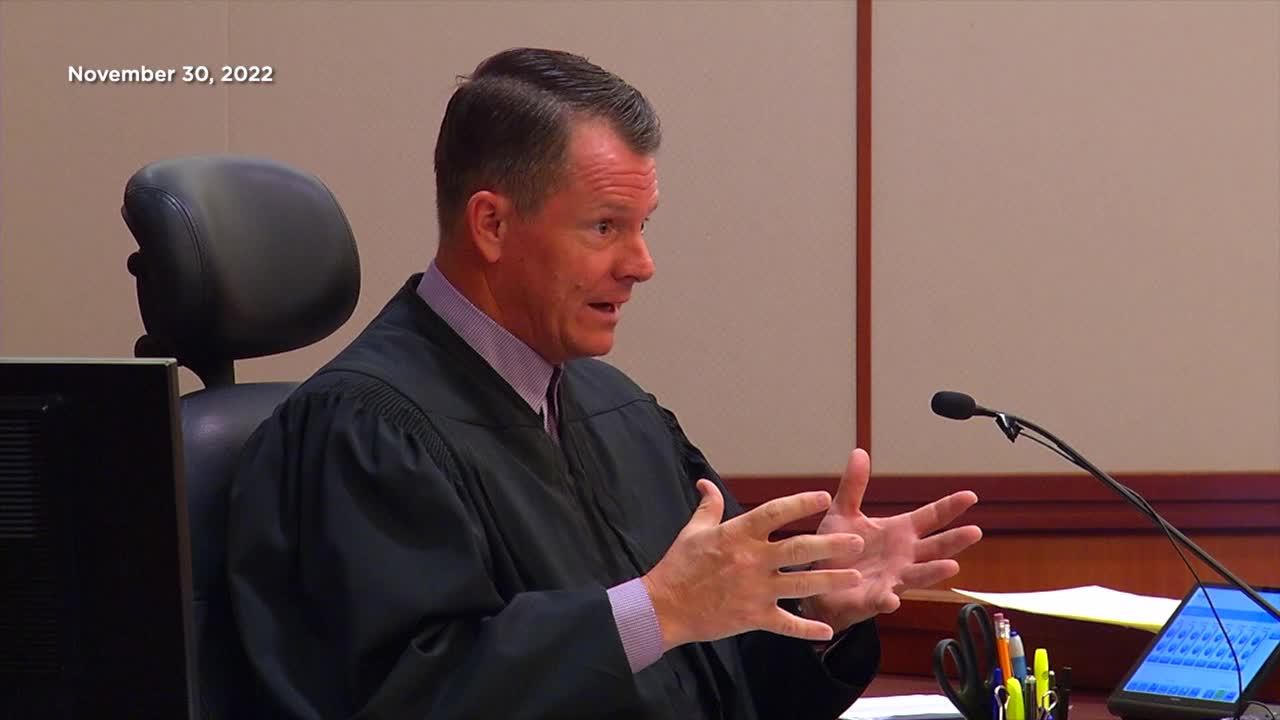 Scott County Judge Chris Wilton speaks during a hearing on Nov. 30, 2022. Wilton ordered the Minnesota Department of Human Services to explain what it's doing to address violations of a state law that requires the agency to transfer inmates to a state hospital no more than 48 hours after they have been civilly committed to treatment for mental illness. (KSTP/file)

DHS appealed the order this week and said Wilton does not have the authority to require Commissioner Jodi Harpstead to submit monthly reports about her efforts to comply with the 48 Hour Law.

In its appeal, DHS argued “the district court exceeded its authority and invented a legal duty for an executive branch official that exists nowhere in Minnesota law.”

The judge’s ruling is part of a case involving the commitment of Tokvan Ly, 52, of Savage.

Police arrested Ly in July during an incident outside his home where he was accused of punching an officer.

A judge later put Ly’s criminal case on hold and committed him to DHS for treatment after a doctor diagnosed him with “schizoaffective disorder.”

After a hearing at the end of November, Ly’s brother said his condition was only getting worse in jail and made a plea for the state to take action.

“I know they will have a solution if they work hard enough, if they care about that person,” said Tokheap Ly. “Not just my brother, for other people that have the same situation like him.”

“Mr. Ly has not been transferred and treated for his mental illness, and instead he has sat in a Scott County jail cell for over 1,200 hours,” Wilton wrote. “Mr. Ly has been denied due process under the United States and Minnesota Constitutions.”

RELATED: Author of ’48-hour law’ calls on state to do more to respond to mental health crisis in jails

Ly’s attorneys said DHS moved him to a bed at Anoka Metro Regional Treatment center one day after the judge’s order.

In a statement to 5 INVESTIGATES, DHS blamed its inability to comply with the 48-hour law on “a nationwide staffing crisis in health care, a dramatic rise in the number of civil commitments in Minnesota, and the lingering effects of the pandemic.”

“DHS facilities are full and do not have the capacity to admit everyone who needs treatment immediately,” a spokesperson wrote. “DHS will continue to work with counties, community providers and others on strategies to build capacity in the mental health system.”

Judge Wilton ordered DHS back to court next week to review the agency’s compliance with his order.