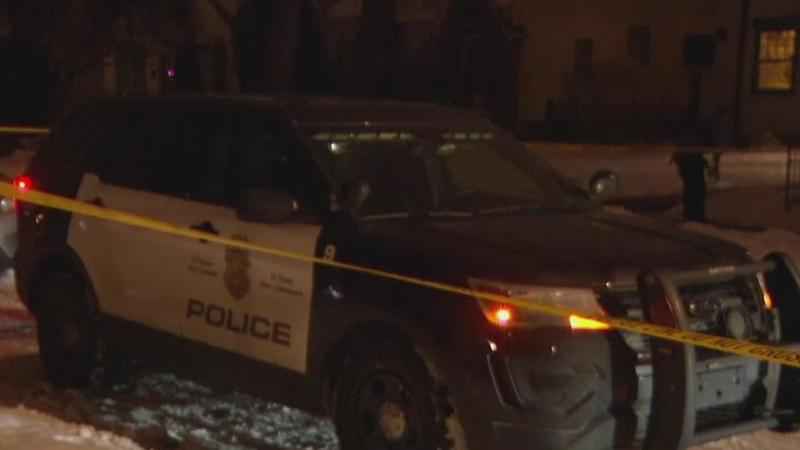 Minneapolis Police at the scene of a homicide on Elliot Avenue on Jan. 13, 2022. [KSTP]

The Hennepin County Medical Examiner’s Office has identified a man who authorities say was killed by his son.

Wednesday morning, the Medical Examiner’s Office said the 58-year-old man who was found dead on January 13 is Donald Lee Jolson.

Donald Jolson’s son, 33-year-old Anthony Jolson of Minneapolis, is charged with one count of second-degree murder in connection with the homicide. His bail was set at $1 million.

Authorities say Anthony Jolson hit his father in the head with a hammer and also stabbed him.

Police were called to the area of Elliot Avenue South and East 47th Street at about 9 p.m. on Jan. 13 on a report of a domestic assault that included injuries. They then forced their way into a home, and found a man who had died.

Jolson’s death marks the second homicide of the year.