Leaders of the Minnesota Senate and House of Representatives say they have reached an agreement on a framework for the state’s budget.

According to Gov. Tim Walz’s office, the state will invest $4 billion in education, public safety and health care, and another $4 billion for a tax bill to give residents financial relief.

Lawmakers say the plan is broken down into:

Walz’s office says this will also allow $4 billion to be left “to help the state manage future economic uncertainty.”

“Getting money back to the people has been a top priority for Republicans this session and I’m very happy we were able to accomplish this with permanent ongoing tax relief for hardworking Minnesotans, families, and seniors. In addition to giving money back, this bipartisan agreement delivers targeted investments in public safety, education, nursing homes, and core infrastructure projects. Finally, leaving money on the bottom line is the fiscally responsible thing to do, especially as the economy appears to be slowing down.”

“House DFLers have been working all session to reduce costs for families, support workers, and improve public safety. We have reached a bipartisan agreement on a budget framework that makes strong investments in families’ economic security, education, health care, and public safety to address the challenges Minnesotans are facing. These investments are in addition to the budget we passed last year and the frontline worker bonuses that we got across the finish line last month. This is a positive step forward, but there is a lot more work ahead of us in this final week of the legislative session.”

Details regarding the plan are still being worked out, with legislative leaders saying conference committees will handle a large share of that work this week.

The legislative session ends May 23. Earlier this month, Miller told 5 EYEWITNESS NEWS he did not anticipate any special session this year.

Minnesota has a $9.25 billion budget surplus, which grew from $7.7 billion. 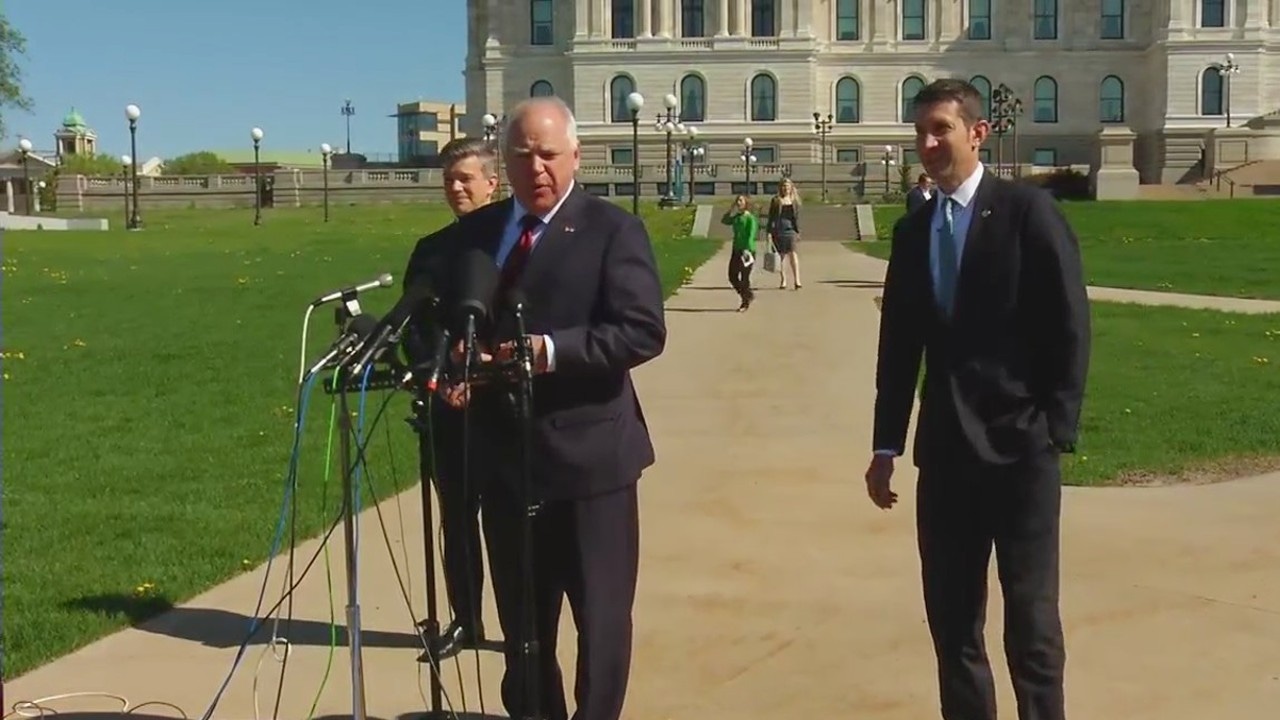 Walz also issued a statement regarding the plan:

“I ran for Governor to ensure that every student in every classroom across Minnesota receives an education that will set them up for success. As a former classroom teacher, I know that these historic investments are how we get there. With an unprecedented surplus, we have the ability to make significant investments in the things that will improve Minnesotans’ lives, like health care, public safety, and education, while also providing tax cuts and putting money in Minnesotans’ pockets.”

You can watch a full news conference regarding the plan in the video player below.