She was charged in connection with a child sex trafficking scheme involving Anton “Tony” Lazzaro, a Republican donor and strategist. 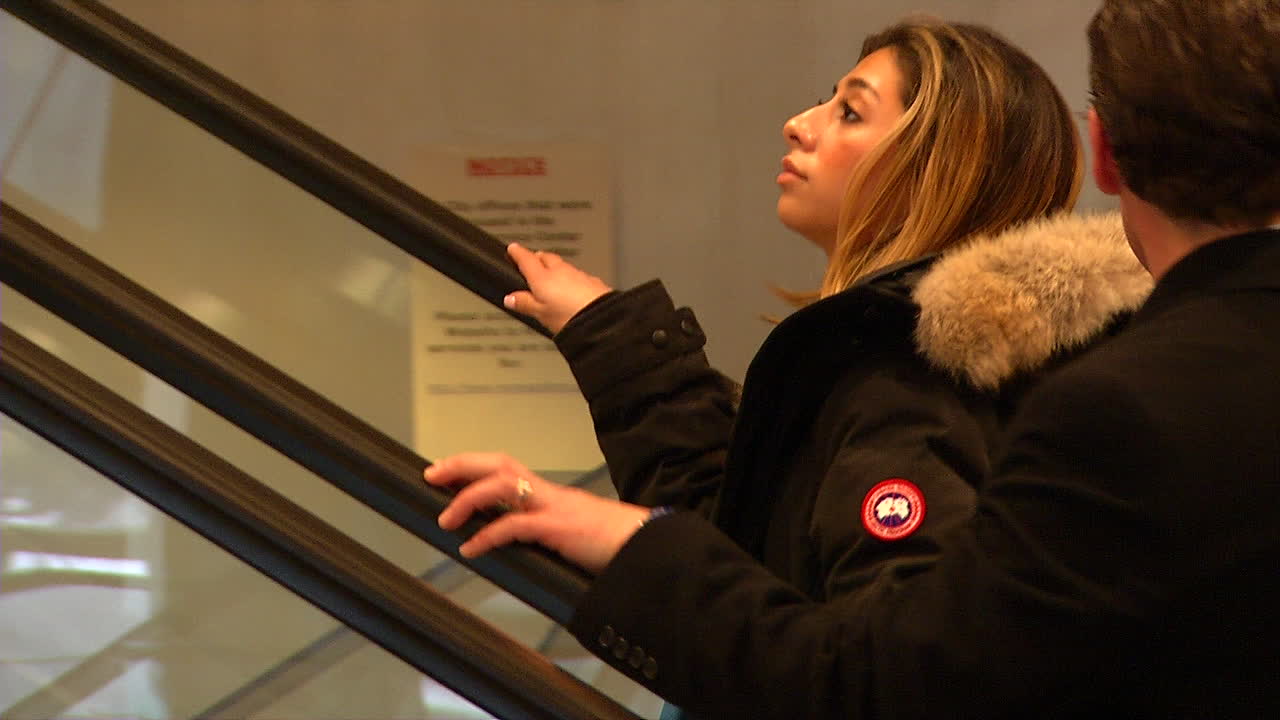 Gisela Castro Medina rides an escalator before a change of plea hearing Monday, Dec. 19, 2022, at the U.S. District Court in downtown Minneapolis. (KSTP)

Medina allegedly conspired with Lazzaro and others between May and December 2020 to solicit six underage victims — one as young as 15 years old — to engage in commercial sex acts, according to the Minnesota U.S. Attorney’s Office.

Medina told investigators she would use Snapchat and Instagram to find photos of girls for Lazzaro. She said she would then reach out on his behalf, explaining he wanted to be a “sugar daddy.”

During her plea hearing, Medina also revealed that after federal agents raided her dorm room, she and Lazzaro offered money to one of the victims, who they suspected came forward to the authorities.

Attorney Jeff Anderson, who represents one of the victims in a separate civil lawsuit against Lazzaro, said Monday that Medina “is facing very serious consequences.”

“We got a full and early appreciation of the magnitude of this enterprise conducted by Lazzaro,” Anderson said.

He says his client feels conflicted about this latest development in the case.

“The suffering continues, but there is hope. And the hope is that there is accountability, and through justice that is recovery of power,” Anderson said.

A former federal prosecutor told 5 EYEWITNESS NEWS securing this guilty plea is a big deal because Medina’s role as a co-conspirator means her testimony is crucial to their case against Lazzaro.

During Monday’s hearing, Chief Judge Patrick J. Schlitz allowed Medina to remain out on bond until her sentencing. That hearing will take place sometime after Lazzaro’s trial, which is expected to start in March.