Gisela Castro Medina, 19, of St. Paul, allegedly conspired with Lazzaro, 30, and others between May and December 2020 to solicit six underage victims to engage in commercial sex acts, according to acting Minnesota U.S. Attorney Anders Folk. She is charged with one count of conspiracy to commit sex trafficking of minors, five counts of sex trafficking of minors and one count of obstruction.

A Minnesota federal judge signed a warrant for Castro Medina’s arrest on Thursday, and she was taken into custody Friday in Okaloosa County, Florida, and made her initial appearance Monday in a federal court in Pensacola, Florida. She will be taken to Minnesota and will be held pending further court proceedings.

Lazzaro is being held pending a formal detention hearing, which has been rescheduled for Aug. 24.

Minnesota College Republicans have since denounced Castro Medina’s alleged actions. The University of St. Thomas said Castro Medina was enrolled as a second-year student, but any student charged with a felony charges faces an interim suspension. 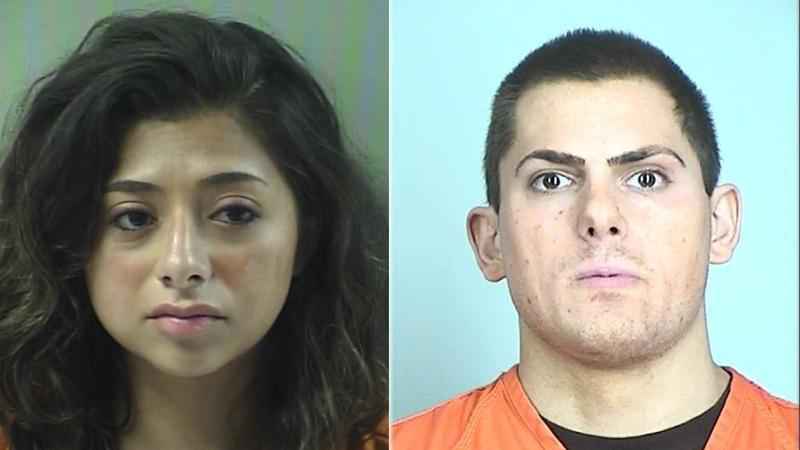 Lazzaro’s attorney made the following statement Tuesday morning regarding his client:

"It is always unfortunate when the federal government abuses its power. Especially when such abuse is utilized against the innocent. Mr. Lazzaro has been charged with horrible crimes. But they are crimes which he did not commit. So, not only has Mr. Lazzaro been falsely accused, but, because of the seriousness of the charges and the overreaching by the government, he, an innocent man, could potentially spend the rest of his life behind bars if convicted on even one count, and each count comes with a 10-year mandatory minimum. Mr. Lazzaro looks forward to clearing his good name. Until then, Mr. Lazzaro asks that the public withhold judgment so that the truth can be told."