A former Minneapolis police officer has been criminally charged for allegedly beating a protester following the murder of George Floyd in May 2020.

Justin Stetson, 34, is charged with one count of third-degree assault. He’s accused of beating Jaleel Stallings, who had been struck by a rubber bullet the night of May 30, 2020, and fired back at an unmarked van in self-defense.

A criminal complaint filed Wednesday by Minnesota Attorney General Keith Ellison’s Office alleges that the officers in the van yelled, “Shots fired!” and jumped out. Stallings, upon realizing the vehicle’s occupants were police officers, dropped his gun and laid prone on the ground.

Stetson, who was carrying a 40 mm rubber bullet launcher, switched to his handgun and shouted, “Get on the ground, dude!” even though Stallings was already lying down, according to the criminal complaint. 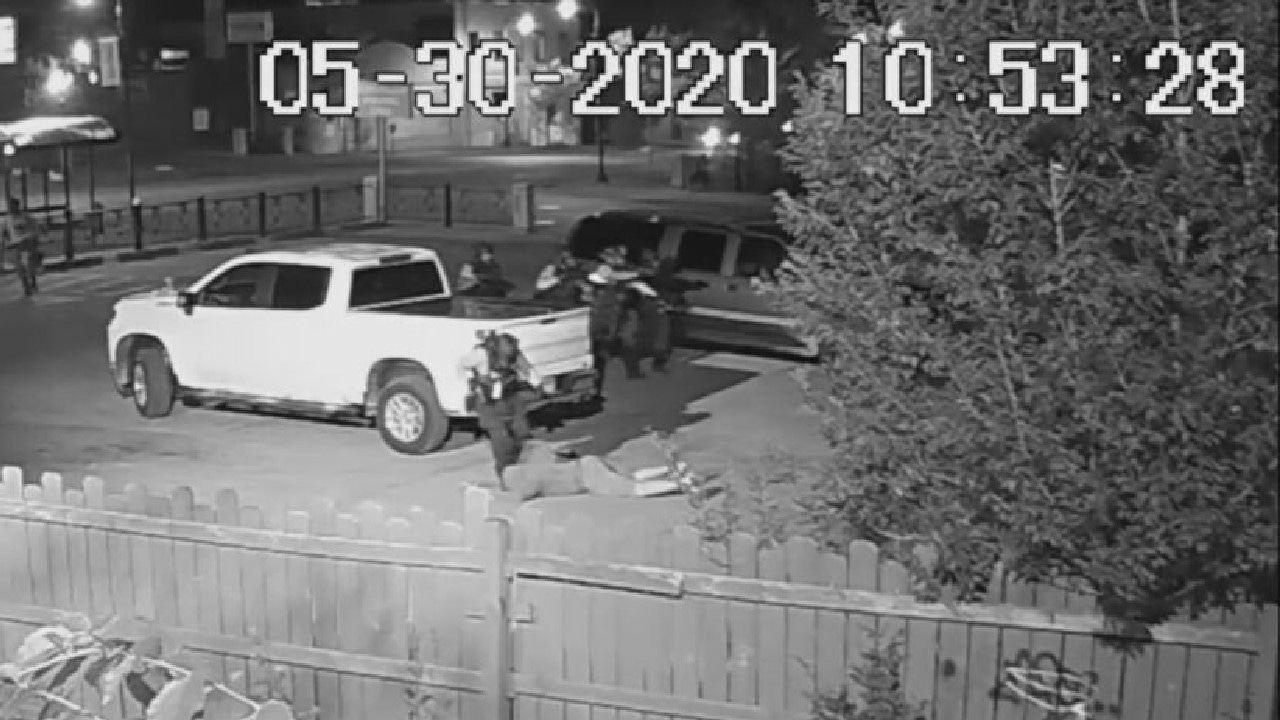 Surveillance footage from May 30, 2020, shows a Minneapolis police officer kicking Jaleel Stallings after he had surrendered and laid on the ground.

Then, over the course of roughly 30 seconds, Stetson allegedly beat Stallings, kicking him and punching him in the head and slamming his head into the pavement, and striking him with his knee, the complaint states. Another officer joined, holding Stallings’ hands behind his back while Stetson continued punching him.

Stallings suffered a facial fracture from the pounding, which legally amounts to “substantial bodily harm,” the complaint states.

Stetson was charged via summons and is due to make his first court appearance on Jan. 19. He is not in custody.

According to a criminal complaint, Stetson joined the Minneapolis Police Department in 2011 and had received about 1,200 hours of training over his tenure, including training on use-of-force and de-escalation techniques. Investigators say he completed mandatory annual recertification courses as a condition of employment.

According to MPD spokesman Sgt. Garrett Parten, Stetson left the department on Aug. 12. MPD did not have a comment regarding Stetson’s criminal case.

The charging document also includes excerpts from a report by Ian Adams, a law enforcement expert who reviewed the case.

In his report, Adams said Stetson’s alleged actions were “unreasonable, excessive, and contrary to generally accepted police practice” and that “Stetson’s use of force against [Stallings] violated the most basic norms of policing.” He also said it was not reasonable to use force against a person who had already surrendered, did not pose an “imminent threat” and was not resisting.

Stallings, an Army veteran who had a permit to carry, faced several charges for firing at the MPD officers, but a jury acquitted him on all counts, including attempted murder. He later won a $1.5 million settlement from Minneapolis in exchange for dropping an excessive force lawsuit. However, the city still denies all claims and all liability.

Attorney General Ellison’s office, which is prosecuting the case, summarized the complaint in a news release but declined an interview request.

In an email, a spokesperson for Minneapolis Mayor Jacob Frey said, “The mayor appreciates the thorough review of the case and supports the Attorney General’s decision to bring charges.”

An attorney representing Stallings only said, “We are reviewing the complaint.”

“The Police Officers Federation of Minneapolis is disappointed to learn that the Attorney General’s office charged one of our former members with assault. Officer Stetson was fired upon by an individual while enforcing the Governors curfew order. Officers believed that individual had just tried to kill them. Officer Stetson and others moved towards the danger. It was less than 30 seconds from the time the shots were fired at officers and the encounter with individual who shot at them. It is easy to look at this incident and judge it in hindsight and draw conclusions. It casts aside the raw, gritty, and overwhelming aspects of what it meant to live through the riots. It does nothing to address the systemic failures of the Department or City leadership or Governor Walz. It further demonizes the MPD and makes former Officer Stetson the criminal scapegoat of an incident that encompasses so much more than that of the words in the complaint.“

5 EYEWITNESS NEWS requested a comment from the City of Minneapolis but has yet to hear back.

Read the full criminal complaint below: