Sandbagging efforts are underway Friday and emergency responders have rescued families by boat in Randall following flooding in the area.

The Randall city administrator told 5 EYEWITNESS NEWS that about 30 properties have been damaged by flooding. Additionally, there’s concern about the town’s water supply being in jeopardy.

The city administrator said about six boat rescues have already taken place, and said rainfall totals like this haven’t been seen since the early 1970s.

No injuries had been reported as of Friday afternoon, the city administrator said. 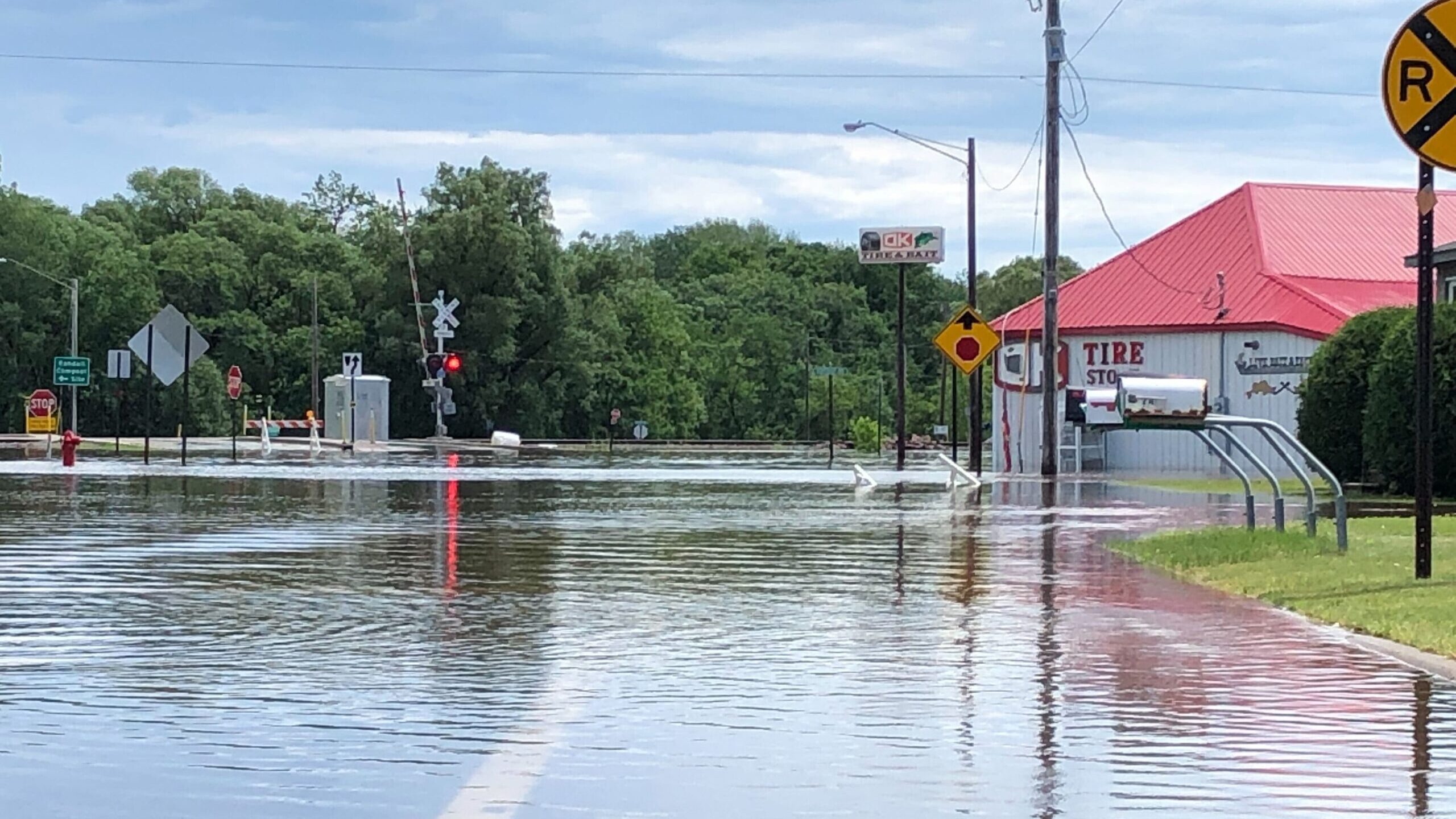 Those officials said they are concerned about more rain expected Friday night.

The Minnesota Department of Transportation (MnDOT) says a part of U.S. Highway 10 is temporarily closed in Morrison County due to flooding.

According to MnDOT, the road is closed in both directions between Highway 115 in Randall and Morrison County Road 117 in Cushing due to water being over the road one mile west of Randall.

The agency says the Randall area received 1 foot of rain, and more precipitation is expected Friday.

Currently, the city officials in Randall say only emergency personnel and business owners are allowed in the downtown area. Citizens are asked to stay home and out of the way of emergency workers.

MnDOT updated the closure information shortly after 5 a.m. Friday, and said shortly after 10 a.m. the road will be closed until further notice.

In addition, MnDOT says travelers driving from Little Falls to Randall should use Highway 115 to or from Highway 371 at Camp Ripley.

Meanwhile, those traveling to or from Detroit Lakes or Moorhead should consider using I-94.

If anyone drives in a closed road area, MnDOT reminds you a fine of up to $1,000 or a 90 day jail sentence is possible. In addition, other expenses and penalties are possible if you need to be rescued from a closed road.

Heavy rainfall fell in central and north-central Minnesota during the overnight hours, and flooding was also reported in St. Cloud Friday morning.

CLICK HERE for the latest road conditions across the state.