Loved ones gathered Saturday night at the scene of a fatal crash to remember Blessings, the 6-year-old girl who was killed after a suspect fleeing police crashed into her aunt’s vehicle.

The family lit candles and prayed in her memory.

April McHerron, the aunt of Blessings who said she was driving the vehicle when it was struck, expressed her sorrow at the vigil.

“Blessings is gone,” McHerron said. “There ain’t no comin back from that. My niece still in the hospital fighting. I don’t know if y’all know how much that girl meant to us. “ 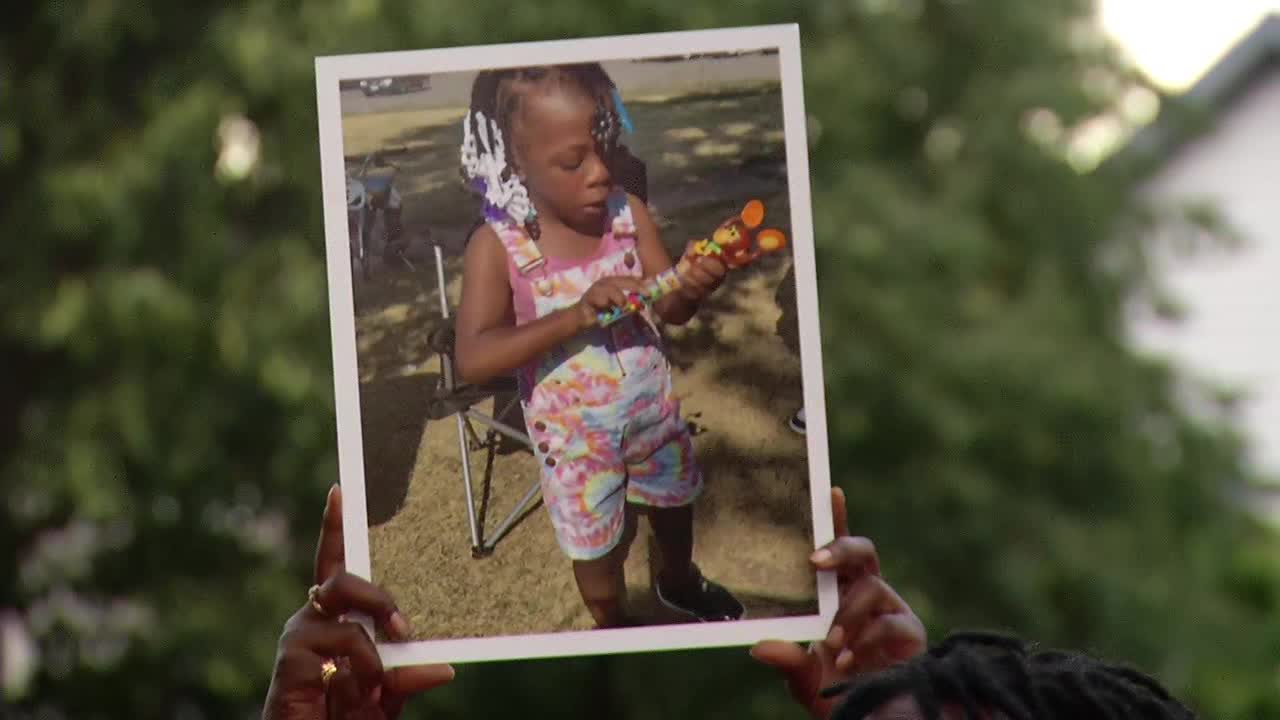 Family and loved ones gathered at the scene of the fatal crash to remember the 6-year-old girl, Blessings, who died in the crash (KSTP).

Family members also demanded answers as to why the chase continued into a residential neighborhood.

The Brooklyn Center Police Department has not yet responded a 5 EYEWITNESS NEWS request for comment.

The suspect was identified by the Hennepin County Sheriff’s Office as a 28-year-old Minneapolis man named Hakeem Waheed Muhammed.

Muhammed is a suspect in a murder investigation and had an active murder warrant for his arrest. He was taken into police custody at the scene. He remains in the hospital as of Saturday night.

Authorities say Muhammed sped through residential streets before hitting McHerron’s vehicle that contained five people inside. It happened at the intersection of 53rd and Humboldt Avenues North after the pursuit began around 5:30 p.m.

Blessings died from her injuries — while a 15-year-old family member remains in the hospital.