Prosecutors have released evidence in the trial of Gregory Ulrich, the convicted Allina Health Clinic shooter.

It’s the same evidence jurors deliberated over for about six hours before finding him guilty on all 11 counts, including premeditated first-degree murder.

Surveillance video from inside the Buffalo clinic shows Ulrich walking in and firing, searching for people to shoot. He also set off pipe bombs.

Near the end of the attack, Ulrich called 911 himself and appeared very calm on the phone with dispatchers.

Surveillance video shows after Ulrich was done shooting and detonating the pipe bombs, he followed instructions when police arrived to get down on the floor and surrender. 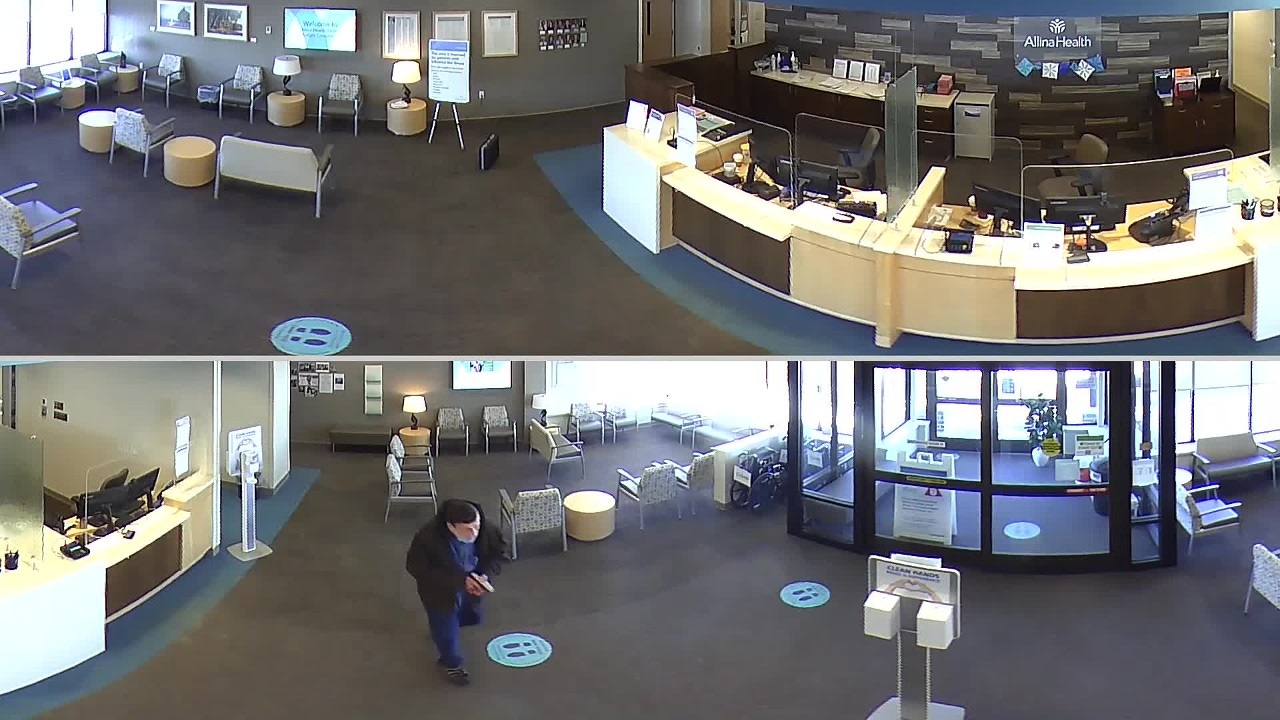 Surveillance footage shows Gregory Ulrich brandishing a handgun on Feb. 9, 2021, inside the Allina Health clinic in Buffalo, Minnesota. Ulrich was found guilty on 11 charges, including first-degree murder, for fatally shooting a woman and injuring four others inside the clinic. (Courtesy of Wright County Attorney's Office)

Ulrich will be sentenced on June 17.